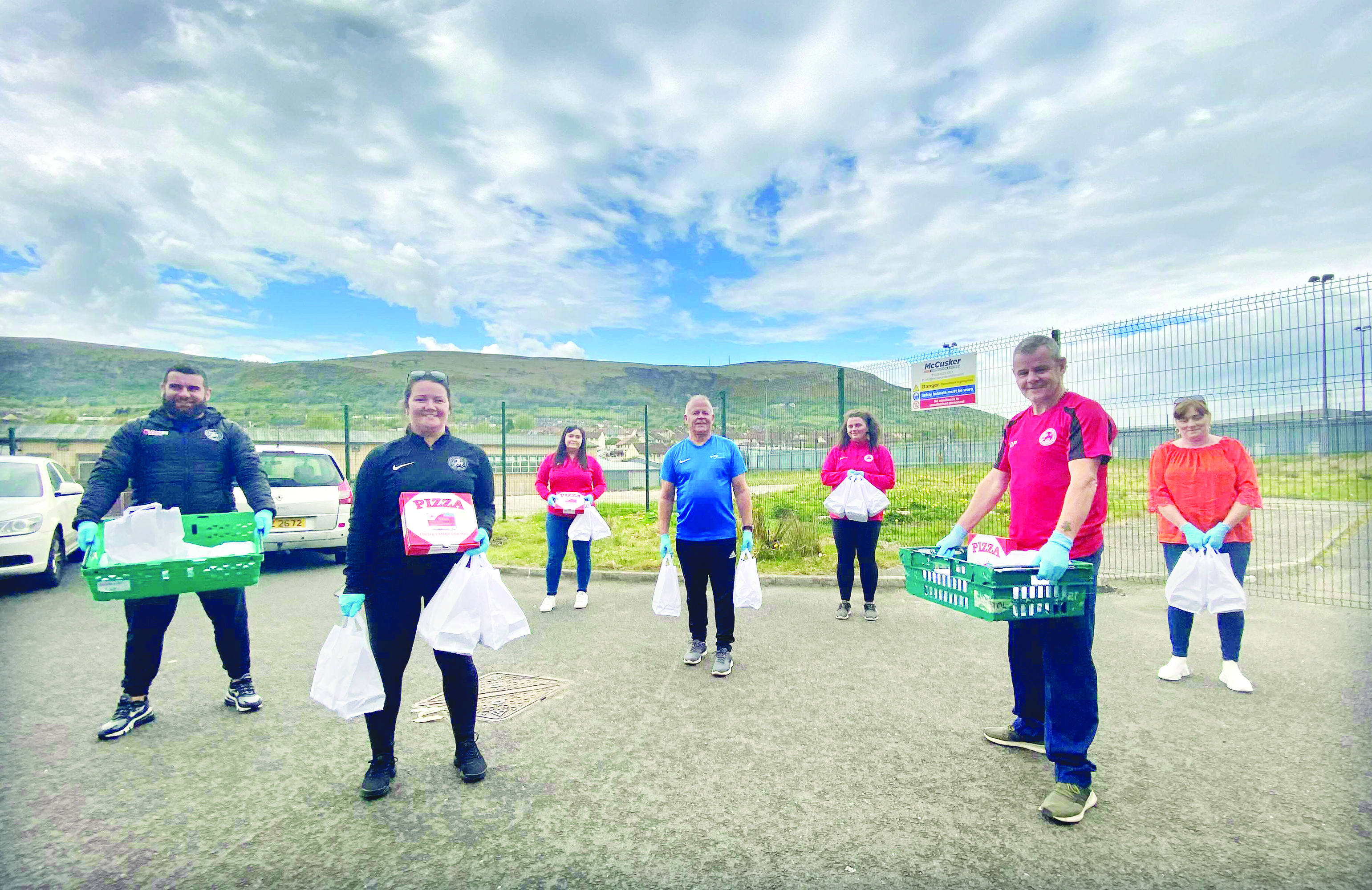 IT’S that time of the year again - but not as we know it! The Aisling Sports Award is once again the prize on offer, but this year has been like no other and whilst sport has proved a vital and welcome distraction in the second half of 2020, it’s the heroes of lockdown who we applaud this year.

Sportspeople and clubs have gone above and beyond to serve their communities this year when they needed it most: raising funds and serving the community through delivery of essentials and food to the elderly and vulnerable.

The winner will be named in a virtual ceremony on Thursday, December 10, and once again it is you, the public, who will decide the winner of the Let’s Go Hydro Spirit of Sport Covid Heroes Award.

Guest speaker on the night will be Irish Minister for Foreign Affairs, Simon Coveney, TD, and the ceremony will be beamed into homes as we raise a glass to all those who represented the best of our city.

It was difficult to select just four for the sports’ shortlist given just how many went above and beyond this year, but after much deliberation they have been whittled down to: Ardoyne GAC/Pearse’s GAC; Cumann Spóirt an Phobail; Ormeau Boxing Club/Bredagh GAC/Rosario FC; O’Donovan Rossa GAC.

We will take a look at two of the entries over the next couple of weeks with Ardoyne GAC/Pearse’s GAC and Cumann Spóirt an Phobail our focus this time.

Cumann Spóirt an Phobail
Cumann Spóirt an Phobail cooked up a storm as they delivered hot meals to some of the most vulnerable members of the community and provided them with sanitising packs including toilet rolls and hand gels, as-well-as necessities like bread and milk, to help them through the Covid-19 crisis.

Members of the club delivered four hot meals per week to just under 50 people, totalling 752 in all, with the help of the Community Foundation and Halifax, while Stacks Restaurant in Glengormley has supplied the meals.

Club members delivered the meals and packs around Ballymurphy, Springhill and the greater Springfield area including Turf Lodge, New Barnsley and Dermot Hill and round by the Whiterock.

Whilst club members would have dearly love to be out on the pitch at that time, they were more than happy to put something back into the community to help those most at need.

Club volunteers were not just been delivering meals, but came up with different challenges to help keep the engagement with its members ongoing so people of all ages didn’t feel isolated and remain part of the club while keeping active.


The North Belfast neighbours joined forces this year to help out the local Community Foodbank by raising funds, collecting items and distributing them to those most in need across the north of the city.

Rivals on the pitch, the clubs once again highlighted the bond between them as they put their shoulders to the wheel to serve their community throughout the year, and still continue to do so.

Through fundraisers, they were able to purchase food and essentials they were able too donate to the Food Bank with club members on hand to pack and distribute. The clubs continue to help out and have done so over Halloween and not into Christmas, once again going the extra mile for their community.

It was a sad year for Gaels in the north of the city and beyond with the passing of Pearse’s stalwart Michael O’Neill whose family also raised over £6000 for the Friends of the Cancer Centre, highlighting the vital contribution the GAA clubs play in the life of the city.

You can cast your vote for this year’s Let’s Go Hydro Spirit of Sport Covid Heroes Award up until midnight on Tuesday, December 8 here.