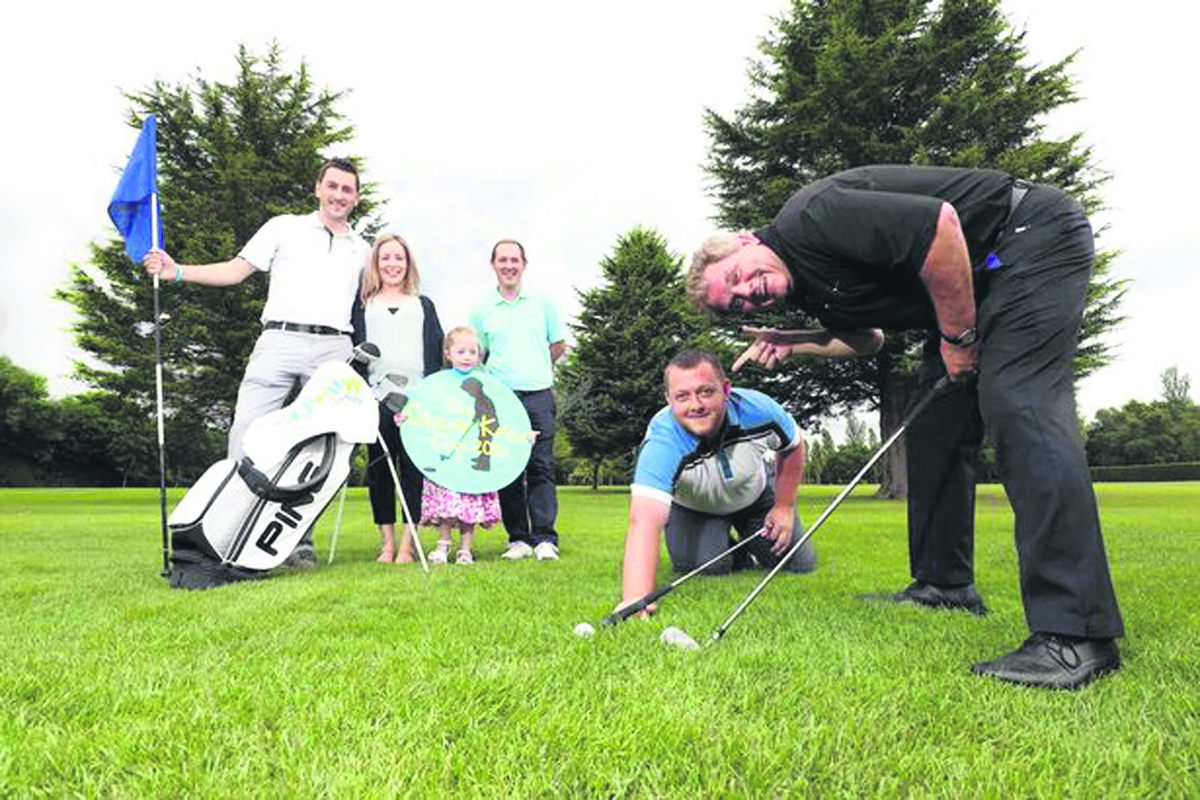 THE Ryder Cup won’t be the only big golf event taking place in September following the launch of the inaugural Oscar Knox Cup in memory of the much-loved Mallusk boy.

Oscar Knox, or ‘Wee Oscar’ as he was affectionately known, captured the hearts of the nation during a two-and-a-half year battle with cancer and this event has been created in his memory by parents Stephen and Leona to raise funds for childhood cancer research with Solving Kids’ Cancer.

The Oscar Knox Cup in association with GolfNow will take place at Fortwilliam Golf Club on Friday, September 9 and will give local golfers a chance to test their mettle against a host of sporting celebrities who are taking part.

Local golfers can also join in the action with entry for a team of four costing just £180, which includes 18 holes of golf, an on-course BBQ, post-round meal, prizes, auction, raffle and evening entertainment. Teams can register by emailing oscarknoxcup@gmail.com but places are limited so you’ll need to be quick to avoid disappointment.

“We are really excited about launching this event,” said Oscar’s dad Stephen.

“Not only is September Childhood Cancer Awareness Month, but the event will mark what should have been Oscar’s eighth birthday. Oscar enjoyed playing golf and had his own little half set so it is fitting that he can be remembered in this way.

“We have a number of well known faces lined up to play and there are some fantastic prizes to be won as well in an auction by MC Adrian Logan and some great evening entertainment so we’re really looking forward to it. We are also delighted to unveil online booking site GolfNow as the main sponsor for our event and hopefully with the company’s support we can make this a really successful annual event.”