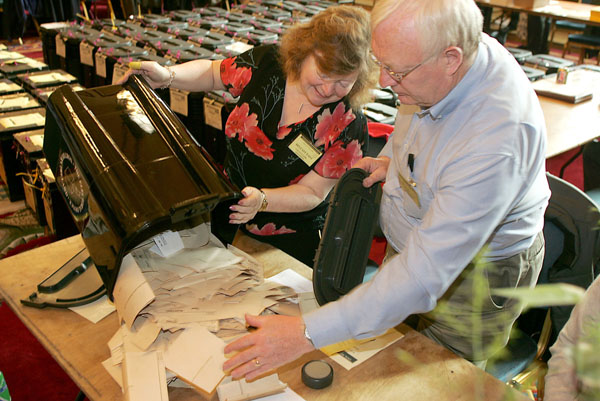 WEST Belfast is to disappear from the political map as the city – and the north – is set for a major shake-up if proposed boundary changes come into effect.

The proposed changes would see Belfast reduced from four constituencies to three. West Belfast is set to be split in two to form the new Belfast North West and Belfast South West constituencies, with part of South Belfast going into a new Belfast East.

From West Belfast it’s proposed that lower Falls, Clonard and Beechmount would go into the new Belfast North West seat along with the Shankill. Belfast South West will be formed with the rest of the current West Belfast amalgamating with Finaghy and Malone in South Belfast.

Overall in the north, the move would see the number of MPs reduced from 18 to 17, with MPs at Westminster also being reduced from 650 to 600 by the time of the next general election in 2020.

Sinn Féin West Belfast MLA Alex Maskey called for Stormont to be given the powers to determine election issues and also questioned why census data is not used when deciding on new constituencies instead of the electoral register.

“The methodology used is wrong, they are using information from the electoral register instead of using the more accurate census figures. Scotland use their census figures and we should follow suit.

“There is no reason why Sinn Féin couldn’t retain a candidate in South West Belfast (in a general election), but regardless of what happens the people of West Belfast will always be effectively represented.”

Drilling down into the figures for Belfast it would appear that Sinn Féin would have most to gain from the proposed changes. In a Westminster poll the party would be favourite to win the new Belfast South West seat. If the 2015 Westminster election had have been held in  the proposed new constituency Sinn Féin would have topped the poll with 19,001 votes to the SDLP’s 7,729, PBP would have taken 5,917 votes, DUP 4,963 and Alliance 2,655. It is still unclear whether the next Assembly election will be to elect six MLAs or five for each constituency. On the back of this year’s Assembly election Sinn Féin has three quotas in a six-seater constituency and over 2.5 quotas in a five member constituency. The SDLP should also get a member elected whether it’s a five-seater or a six-seater as would PBP. The DUP are on 0.71 of a quota for a six-seater constituency and 0.61 for a five-seater.

In the new Belfast North West constituency – according to last year’s Westminster poll – Sinn Féin have over two thousand votes more than the DUP (16,683 to 14,456), however, if there was a unionist pact then the poll would be neck and neck but Sinn Féin would still be favourite to take the seat from the DUP – with a thousand votes to spare. If this year’s Assembly poll had been fought in the new Belfast North West constituency then Sinn Féin would have taken 2.4 quotas, the DUP 2.14, the SDLP 0.70, the UUP 0.34 and Alliance 0.34. In a six-seater this would give Sinn Féin a fighting chance of three seats and definitely two seats in a five seater. The SDLP would also be in line for a seat in a five or six-seater.

The big story in East Belfast, however, is that with the Ormeau Road and Rosetta being brought into the proposed new constituency that there is a nationalist seat up for grabs.