West would be worst hit by public sector cuts 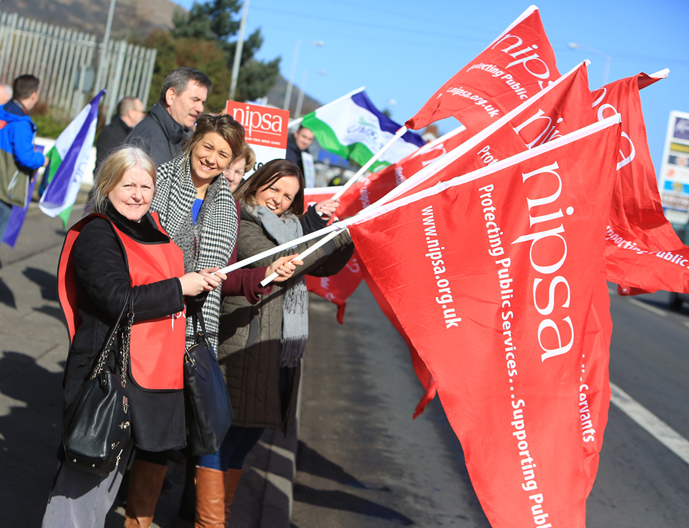 A NEW report claims that West Belfast would be the area most impacted by the public sector redundancy scheme agreed as part of the Stormont House talks.

The report, carried out by the centre-left Nevin Economic Research Institute (NERI), analysed the geographic spread of public sector employment in the North, which it found to be concentrated in a number of areas, including West Belfast in particular.

According to the report five parliamentary constituencies have above-average public sector employment, with West Belfast the most vulnerable to job losses with over 45% of total employment in the public sector.

The proposed redundancy scheme was announced as part of the Stormont House Agreement, with a loan of £700m to be provided by the British government in order to cover the cost of voluntary redundancies.

The scheme is intended to “re-balance” the local economy which is disproportionately dependent on the public sector, which accounts for 31% of total local employment.

The exact number of job losses in the scheme remains a subject for speculation. Finance Minister Simon Hamilton has announced an initial “closure” of 2,410 civil service posts over the next year, but trade unions have estimated an eventual figure of 20,000 job losses.

The report also highlights that the retail and hospitality sectors, which make up the second and third highest sources of employment in West Belfast, and which are areas where those made redundant might find alternative employment, are also the sectors with the lowest pay.

The report additionally suggests that women would be particularly affected by any redundancy scheme.

The report in full can be accessed at: http://www.nerinstitute.net/research/public-sector-employment-in-northern-ireland/