WHAT A LOAD OF BARRACKS 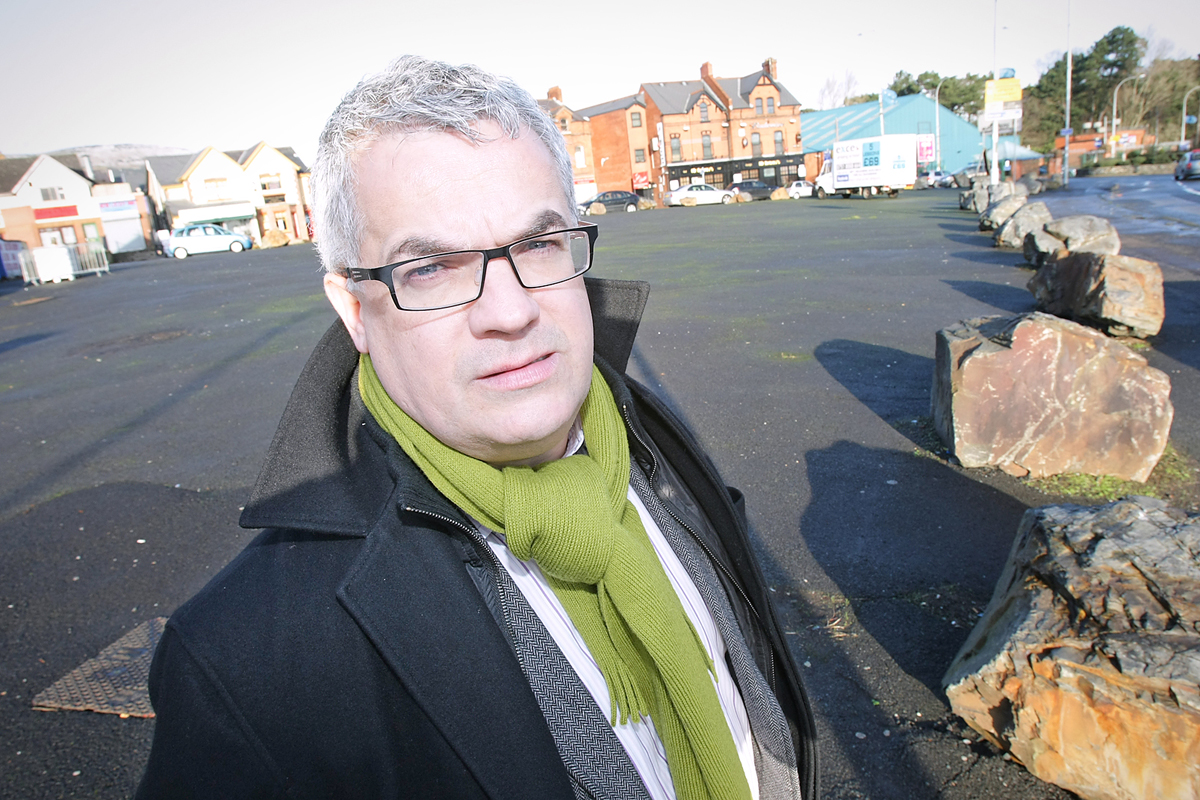 A LOCAL councillor has hit out at the Department for Social Development (DSD) over the stalled regeneration of the former Andersonstown barracks site.

Speaking to the Andersonstown News, the SDLP’s Tim Attwood said the government department has “serious questions to answer” as to why the site remains vacant and untouched after a design jury – led by world-renowned architect Daniel Libeskind – met almost a year ago to shortlist local and international entries for the design process.

Cllr Attwood said a number of issues need to be clarified for the West Belfast community in relation to what’s been described as an “iconic site”, where development is currently on hold due to an ongoing legal dispute.

“The barracks site, at the junction of the Falls Road and Glen Road, has been sitting vacant since 2005,” said Councillor Attwood. “The West Belfast Partnership Board, engaged by DSD, carried out extensive work in relation to what people actually wanted to see on the land.

“Everyone stepped up to the mark on this one and when the Expo West Belfast Consultation launched in November 2010 there was a feeling in the community that things were really starting to happening.

“The fact that we had an intentionally recognised architect, Daniel Libeskind, involved in the design competition showed a real wish that our community wanted something really special on the former barracks site,” he said.

The land and what should go on it has been the subject of much controversy, with controversial proposals to build a five-storey apartment block as far back as 2007 rejected by the local community. It was then decided in 2009 – after a challenge by former West Belfast MP Gerry Adams – that a state-of-the-art Expo Centre would be give the go-ahead at the site.

“Political and community representatives entered this process in good faith. They wanted to ensure the best possible outcome for design – and here we are a year later and yet we are not in a position to know what the next stage is and that needs to be rectified.”

The Expo West design jury met back in January of this year with their website, last updated on September 5, telling visitors that the competition was currently on hold “as an issue has arisen around a challenge by one of the applicant teams”.

“How did we get to this situation in the first place?” asked Mr Attwood. “Can the design competition continue as it is, or does the process need to start again?

“DSD need to be forthcoming with a detailed response to the community of West Belfast with what, precisely, is happening on that site.

“The former Andersonstown barracks is iconic and we need to get a reassurance that DSD are going to move quickly to try and get things up and running again.

“We want to see something on that special site that reflects a more positive and vibrant view of West Belfast.”

West Belfast MP Paul Maskey, who sat on the design judging panel, said the barracks project has turned into “a shambles”.

“This issue has been going on for too long now and it is frustrating that we have to wait until the legal issue is resolved. In the meantime the DSD could tidy up this site and make it respectful looking and give the community pride in their area.”

West Belfast Partnership Board CEO Geraldine McAteer said that because of the legal challenge, “due process has to take its course”.

“Once the legal challenge is resolved then we can plan the way forward. We want the matter sorted out as soon as possible and want to be moving ahead with this project.

“In the meantime, I would like to look to see if there is anything we can do in the interim to adopt the site at community level to make it look better for visitors and people living nearby,” she said.

“I am delighted to see it being used for the Christmas Market this coming Saturday and it would be timely to discuss with the DSD ways to bring this site into community ownership.”

A spokesperson for the DSD said: “"We can confirm that the design competition for the regeneration of the former site of the Andersonstown Police Station is currently on hold following a challenge to the competition process. All applicants have been advised accordingly and we are not in a position to comment any further at this stage.”