Where have these ten things gone? From Twinbrook to Andytown to the Falls, one day we looked up and some things weren't there any more 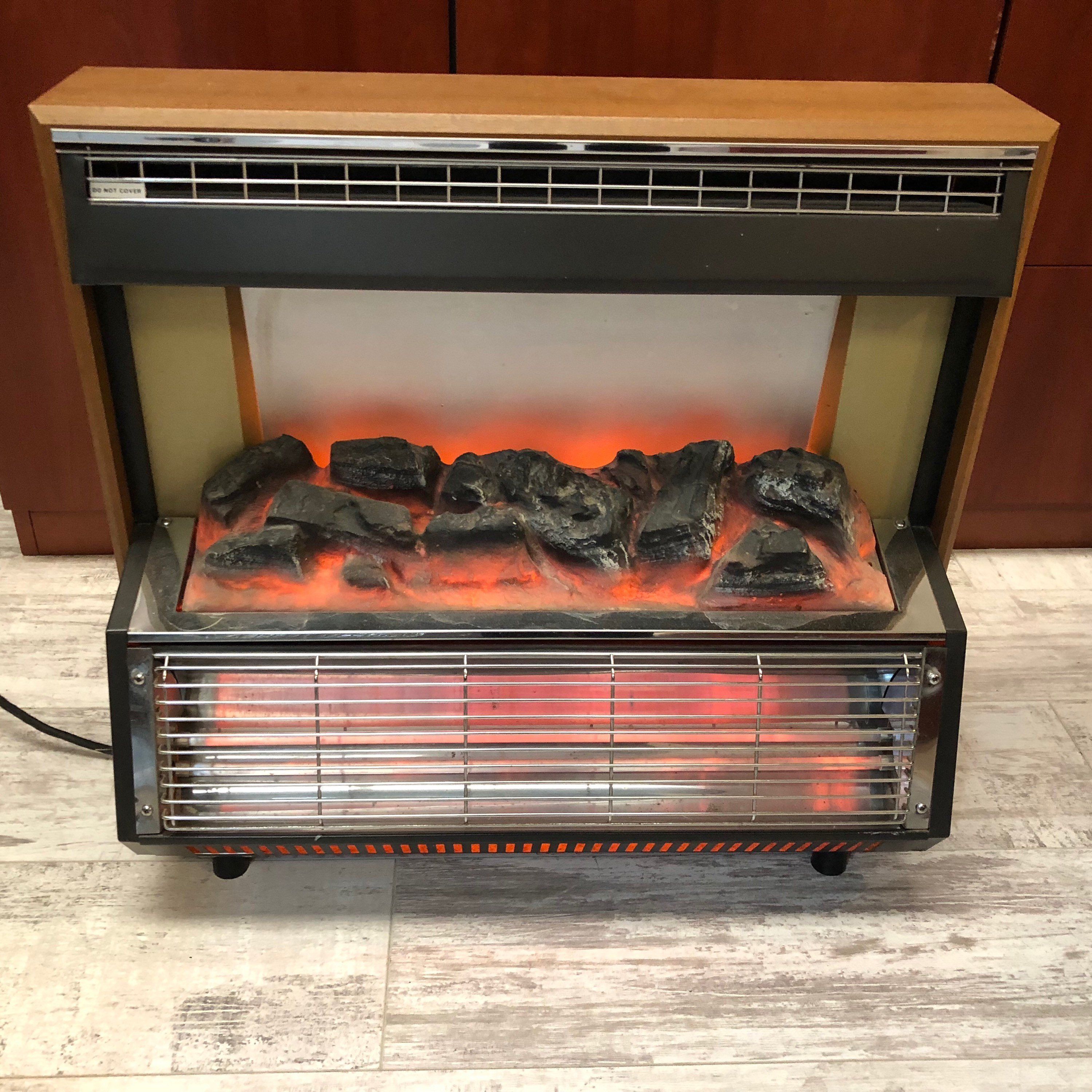 TWO BARS: What happened to the electric fire?

In a fast-changing world, sometimes we just don't notice when things we used to take for granted are nowhere to be seen these days. Here are ten things that somewhere along the line have – for better or worse – disappeared from our lives.

There was a time when the early-morning clink of the milk bottles was an alarm clock, the baps and the Paris bun and snowballs more quietly placed on the windowsill ready for a rising family to enjoy. Nowadays we all get our bread and milk (in plastic jugs) from a supermarket. Anyone under the age of 30 would raise any eyebrow not only at the thought of milk and bread being left on your doorstep and windowsill of a morning, but at the thought of milk coming in glass bottles. And none of yer oul’ semi-skimmed either. Pure cream rose to the neck of the bottle and was irresistible to birds, which is why yoghurt pots were often left out at night with the empties for the milkman to cap the silver top with. ‘Milkman’s Orange’, which younger people most definitely still recognise, was originally delivered to the doorstep in glass bottles too. It's important you pesky kids realise that and give thanks.

Is there still one or two van shops still doing the rounds in West Belfast? We've heard it said, but there was a time when every street joyfully answered the call of the blaring horn as the van shop arrived to save you the trouble of a 30-second walk to the corner shop. Milk, bread and fegs for the adults, mostly, who would tut-tut and try to squeeze their way through the crowd of excited youngsters in search of cheap and cheerful sweetie treats. The house shop, meanwhile, was a converted kitchen with a counter which was as chaotically crowded with people and merchandise as the back of the van shop. With the advent of video many van shops and house shops became film libraries too – at the height of the video boom we had more pirates that Treasure Island. Aaaaarrrr, me lad!

If somebody asks you to provide identification these days you simply don’t know where to start: passport, driving licence, electoral card, bank card, utility bills, student card, library card, disabled pass, birth certificate. But not so very long ago the only thing you ever needed to prove who you were was a brown, dog-eared cardboard rectangle with your name and address written on it in ballpoint pen. Look too young to get served in an off-licence? Medical card. Stopped by the Brits/peelers? Medical card. Casting your vote? Medical card. Opening a bank account. Medical card About to be appointed head of the World Bank? Medical card. The thing was so widely used that it's litte wonder that in the days before lamination the card quickly became so battered and rumpled. We're told some people have held on to theirs, but we're not sure if the credit union would let you join with it.

Given how completely mobile phones have taken over from landlines we actually considered asking the question, where have real phones gone? But even if they don’t use them, many people still have an actual phone on the hall stand because it's part of their broadband deal. Back in the 60s and 70s when every 10th house in the street had a phone, the circular dial was often secured with a lock to ensure junior wasn’t calling the Speaking Clock in Australia or the teenager wasn’t spending three hours a night whispering sweet nothings to a boyfriend/girlfriend. One of the downsides of having a phone was the number of times neighbours in need would call – mostly because they needed a doctor . Believe it or not, it was for that reason that some people had an actual payphone installed on the wall in the hall. Better than a lock any day – more profitable too.

Be honest, you can’t remember the last time you said the Rosary as a family, can you? Sure, you might have said it at a wake house not that long ago, but the days of entire families in West Belfast stopping what they’re doing after teatime and dropping to their knees together to say the Rosary are long gone. Similarly, the odd holy water font might be found in the odd hall, but once upon a time they were in every home, as was a Sacred Heart picture and a statue of the Virgin Mary. And also absent from our homes are the glossy little Catholic magazines from your local church: The Sacred Heart Messenger and Saint Martin. Church attendances are down too but the massive attendance at the Clonard Novena proves we're not all pagans. Yet.

Who can forget the soberly-dressed and rather solemn man who called at the end of the week for the insurance money? He’d always have a very polite and reserved chat with your mother, inquiring after one and all, before she would go to the spot on the fireplace where she kept the insurance money beside the coal money. (One day we'll discuss how much of that money was stolen by Brits during raids and the pressing need for reparations.) Very few people call to the house for money these days, when once the insurance man, the milkman and the coalman were virtually queuing up at the front door of a Friday teatime. Window-cleaners are probably the only remaining doorstep money collectors, but can it be long before they go PayPal?

Plank of wood. Four pram wheels: two on a fixed axle at the back, two on a swivelling axle at the front controlled by a piece of rope. There you go – that’s your guider done. You showed one of them to a youngster now they’d probably call Childline and then go back to Minecraft. In later models, the back wheels were replaced by ball bearings, which lowered the plank at the back, giving the guider a decidedly sleek appearance, and also making a satisfying loud noise on the tarmac or paving stones. For adornment, tin-tops from soft drink or beer bottles were hammered into the wood, creating a colourful mosaic. The speed these things achieved on your nearest local incline were as impressive as they were life-threatening, while the damage done to your shoes by using them as brakes meant your ma hated your guider with a passion.

We’re going to be honest and say not only have we not tasted condensed milk in years, we haven’t even set our eyes on a tin. Where’s it gone? It’s an absolutely basic foodstuff – just milk with the water removed and sugar added – but it was the icing on the Sunday dinner cake. Out would come the big tin of Carnation after the roast potatoes and silverside and over the canned fruit cocktail it would go, mingling deliciously and sweetly with the gloopy juice from the diced fruit. And now that we come to think of it, where have the cans of fruit cocktail gone? Supermarket cheesecake and sticky toffee pudding have a lot to answer for.

Children all sleep one to a bed these days, it’s in the Geneva Convention or something. But back when West Belfast couples used to get a letter from the Pope for having over a dozen kids (did that actually happen, btw, or was it an urban myth?) two, three and four kids to a bed was not an occasionally necessary evil, it was par for the course. And because single pillows caused all sorts of problems in a crowded mattress environment, we had the bolster, a six-foot-long single pillow encased not so much in a pillowcase as a pillowsheath. The bare pillows back then were stripey for a reason that nobody has ever been able to explain satisfactorily. Throw a few duffle coats and anoraks over the top of the blankets on a particularly cold night and there’s a scene you’ll never see in a Harvey Norman ad.

Click: one bar. Click, click: two bars. Click, click, click: three bars. The arrival of the barred electric fire with faux burning coals made of hard black and orange plastic and an ornate wooden surround for ornaments was a gamechanger. A horribly expensive gamechanger in terms of the electric bill, but a gamechanger nonetheless. Not least because adults could get down on their knees and light their fegs off the glowing bars. Similarly, the Super/Ser’s panels numbered one, two, three, although they were heated by a bottle of gas stored in the back which always seemed to run out on the nights the mercury dipped below zero. The arrival of central heating in the housing redevelopments of the 70s and 80s put paid to electric fires and SuperSers, just as it did to duffle coats on the bed (see Bolsters).