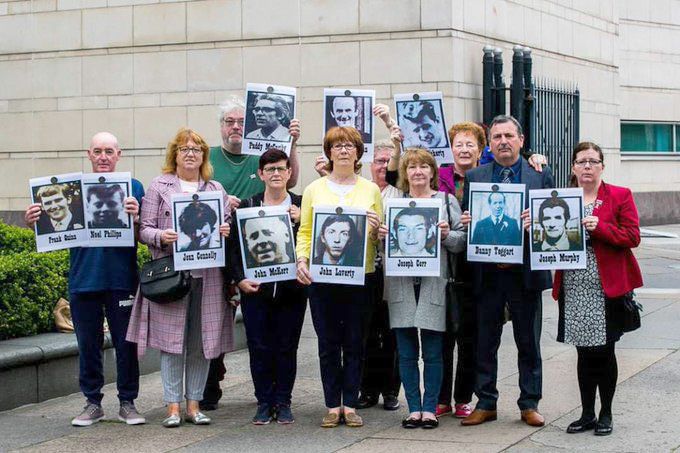 VICTORY: The Ballymurphy families at the High Court

THE victory of the Ballymurphy families in their civil case against the Ministry of Defence has been well covered in the days since the settlement was reached. And of course it’s gratifying to see families who have battled for so long reach another important goal as the British Government attempts to shut down legal routes that might bring other families to the High Court for similar further vindication.

Squinter has to admit to raising an eyebrow in classic Roger Moore style as he listened to and read and watched the northern media reporting the chronology of cover-ups, lies and deceit as if it happened in a distant jurisdiction and involved other outlets and other organisations.  The fact is that the same media outlets this week reporting the history of disinformation and fabrication are the same media outlets that spread the information that blackened and traduced the names of the innocent dead in Ballymurphy and countless other places.

50 years ago this autumn – in November 1972 – the Andersonstown News was created by a group of activist citizens who saw all too clearly that the majority of the media outlets in the North were little more than information sheets for the various armed agencies of the British state. The Ballymurphy slaughter had happened the year before and Bloody Sunday just ten months earlier – both atrocities immediately followed by the most outrageous British calumnies which were slavishly broadcast and printed.

So where do we find ourselves? Well, we are seeing the British Government being held to account in a court of law not only for the murder of innocent civilians, but for long decades of lies and deceit which heaped misery on top of misery for grieving families. And reporting on that court case are the same media outlets which were the willing conduits through which the British state spread the blackest of black propaganda. But while the British state is finally paying a price and the pressure is on for it to issue a Bloody Sunday-style apology, what sanctions are proposed for those media outlets who let the families down and whose reporting allowed the British state to avoid responsibility for half a century?

Should they apologise for accepting and publishing without demur horribly partisan statements which were known by victims’ families at the time to be the travesties of the truth which they are now proven to have been? Clearly, few if any of those journalists involved on the ground or in senior positions are in situ today, but then neither are any of those British state actors involved in 50-year-old atrocities. And if the British state can be held to account – however belatedly and partially– why can’t media organisations be expected to take ownership of their mistakes, if indeed mistakes they were? Because there’s a strong argument that repeatedly printing and broadcasting lying statements from the blokes in green jumpers with elbow and shoulder patches is a pretty deliberate act.

Perhaps such questions would not be as apropos if the media landscape had changed notably in the past five decades – that is to say, if the vast majority of the media here did not continue to view the Northern conflict and politics from a unionist perspective; if the bulk of reporting did not commence from solidly unionist baselines. The story is that the families of 10 entirely innocent people have – after a long and painful campaign – been awarded significant compensation from the British state for their trauma and loss. And yet once the journalistic basics have been observed – once the bare bones of the case have been dutifully laid out, once family members and lawyers have been interviewed – what questions does the judgement raise for the majority of media outlets?

The first is one that remains grimly and almost comically familiar decades into the peace process: What about the Ra? If innocent families bereaved by the British state are being compensated after all these years, who will compensate the victims of the IRA?

Now let’s be clear here. This is a legitimate question. But when that question is asked as the families of the innocent Ballymurphy victims are reflecting on a court vindication, it raises another question: What on Earth has the IRA to do with those innocents cut down in Ballymurphy or their families? The link made between the Ballymurphy vicims and the IRA by the British state was something that has cause immense distress and suffering to the families over the years. And yet here we are in 2022 and the families remain linked to the IRA insofar as the reporting of their legal victory is followed by a question about IRA victims, the direct implication of the question being that this was a victory for republicans instead of for innocent people.

And then came the next question: How much has this all cost? Again, another question that is not in and of itself unreasonable, but which, like the first, raises another question: When and why is this question ever raised when reporting on other legal cases?

Here's the uncontested bottom line which bears repeating: The victims of the Ballymurphy Massacre were entirely innocent. And yet the question of cost is routinely raised by the media when reporting on the case – just as it was routinely raised about the Bloody Sunday Inquiry.

If indeed the issue of the cost of justice is a legitimate one, it is curious how often the question is asked in relation to actions taken against the British state and how rarely the question is asked in relation to legal proceedings against non-state protagonists. It's pretty obvious that questioning the cost, for example, of the extended and continuing searches for disappeared victims of the IRA would rightly be seen as inappropriate and distasteful. Which is why it is never done. And so it’s reasonable to wonder why the vindication of the innocent victims of the Ballymurphy Massacre is somehow cause for fiscal concern. Throw in the fact that the cost of the case would have been a tiny fraction of whatever it has turned out to be if the British state had done the right thing from the get-go and we begin to see why the media in the North is not terribly keen on reflection.

Say what you want, but get my name right


Open letter to Adam Smyth, Interim Director, BBCNI.
Hi, Adam. Or do you prefer Mr Smyth? By the way, does Smyth rhyme with ‘with’ or with ‘lithe’? Squinter presumes it’s the former because when you were interviewed recently you were introduced as Smyth-with and you didn’t object.

The reason Squinter’s interested in this name pronunciation thing is that he’s confronted by it just about every day on the BBC thanks to the increasing proliferation of Irish names – first and second – in the public square. Squinter remembers when he was a boy that Irish names were virtually unheard of in the Catholic education system for the very good reason that parents were quite keen on their children getting jobs when they left school. The classic interview question of “What school did you go to?” didn’t need asked if you introduced yourself as Concubhar or Fionnghuala. That’s all changed these days for a variety of reasons, the biggest one being that lots of the people that Squinter went to school with went and got themselves educated and managed to change things quite a bit. Which is why Irish names are so thick on the ground now. And on the air.

Which is where you and your team come in. You may be aware – or perhaps Squinter flatters himself about your interest in his output – that this column has raised the issue of the pronunciation of Irish names on the BBC on quite a few occasions down through the years, both online and in print; certainly a good while before the now infamous Stephen Nolan interview with Niall Ó Donnghaile in 2014. If the hope was that that vulgar charade would lead to a rethink at Ormeau Avenue, Squinter has to say that disappointment has been the order of the day. For while there has been nothing resembling that interview – how could there be? – Irish names continue to be routinely mispronounced, to the extent that Squinter suspects it’s more often got wrong than right.

This week in the reporting of the Ballymurphy compensation case, lawyer for the families Pádraig Ó Muirigh was called ‘Patrick’ and ‘Padrig’. You will know – or perhaps you won’t – that Pádraig, as well as being an extremely common name, is ridiculously easy to prounounce (‘Porrig’, if you’re interested). Would you be surprised to learn that it is a course of continuing surprise to Squinter that professional broadcasters, people skilled in the fields of speech and communication, are so often incapable of pronouncing Irish names? Do you too wince when your broadcasters handle names like Carál Ní Chuilín or Séamas de Faoite as they might handle an improvised explosive device?

Squinter consumes a large amount of BBC output on various platforms, both here and in Britain. The wonderful and increasing diversity that we’re seeing in public life means that BBC broadcasters – particularly in London – are daily faced with names from a wide range of races, cultures and traditions around the world. It is Squinter’s experience that botched pronunciations are a rarity across the water. Yet here in Belfast, the second biggest city in Ireland, Irish names continue to be a challenge to which the local BBC repeatedly fails to rise. And in an organisation with the resources of the BBC, that’s strange.

On our wall in work we had (Squinter says had because the office seems such a long time ago) a list of commonly misspelt names (pronunciation is not such an issue in our game). If someone spelt a name wrong more than once in their copy they were required to write it down on the list, which journalists were encouraged to consult on a regular basis. (Even in the digital age hard copies have their place – and it was surprisingly effective, by the way.)

Now Squinter’s not asking you to go to such extraordinary lengths to deal with your Porrig-Patrick tribulations, but maybe it’s time to do a just wee bit more. 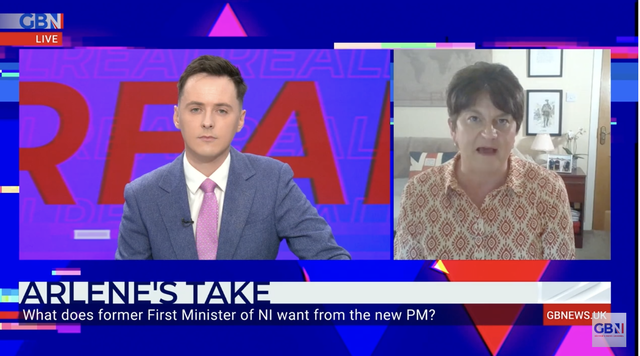 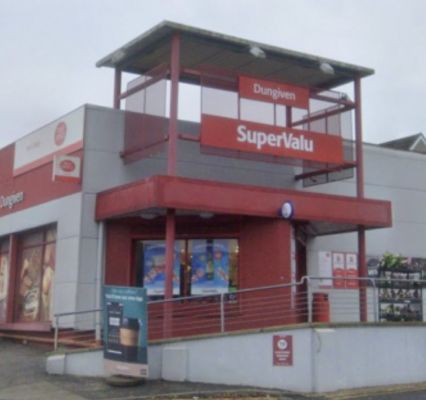 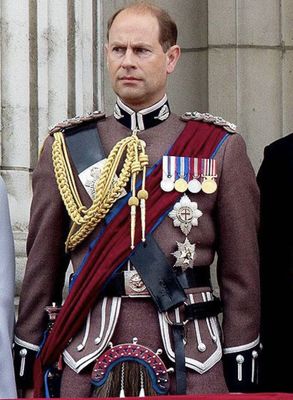