Writing on the wall for famous females 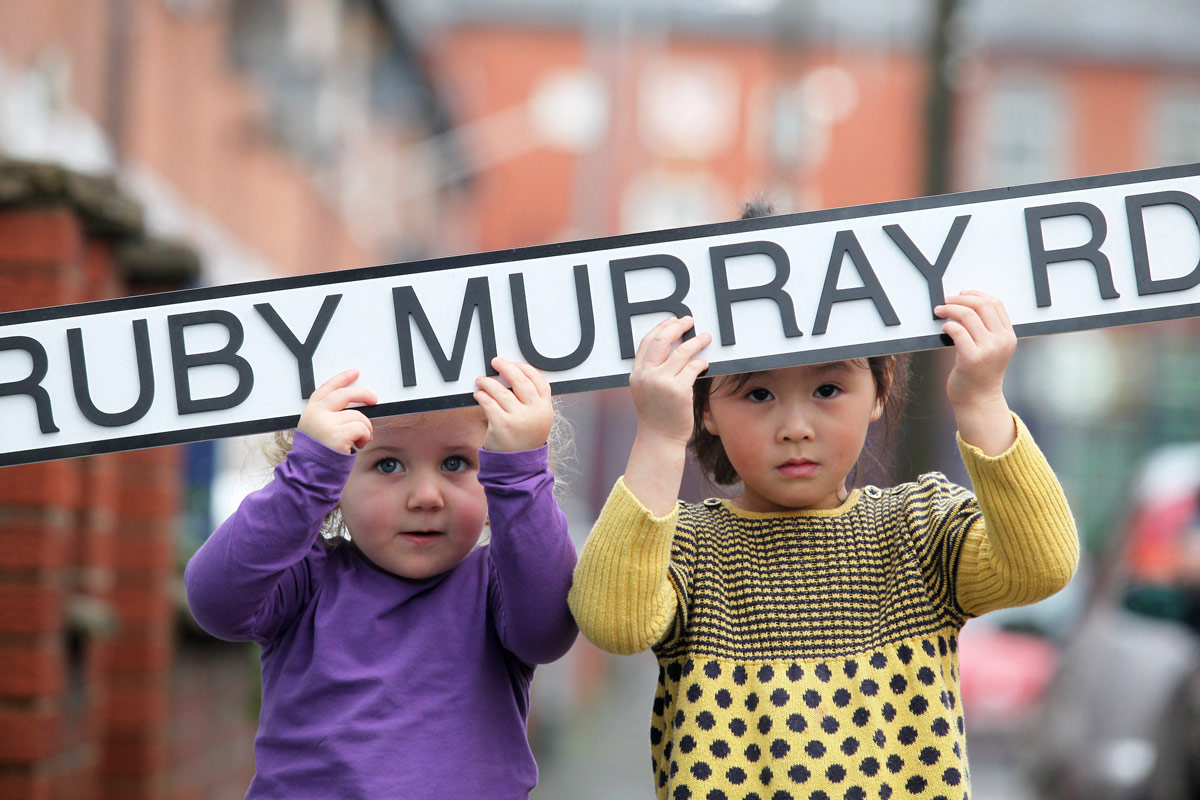 A new project has been launched to honour some of Belfast’s most famous daughters, with a South Belfast songbird its first focus.

The programme by the Women’s Tec organisation looks to rename some of the streets of the city with the names of notable females. It made its first tribute last week to singer Ruby Murray.

Ruby, famous for such songs as Softly Softly and Let Me Go Lover, was a resident for many years in the Village area of South Belfast.

Project co-ordinator Helen Crickard said the idea was to combat the lack of streets named after women already.

“If you look around our streets you can count on one hand those that are named after local women. We want to change that and recognise the contribution to our city made by so many women.

“Ruby is just one of many famous and not-so-famous women who helped build the city and we are working together on this project with people from across Belfast to identify women who should be honoured by having a street named after them.

“This isn’t just for famous women – we are looking for suggestions of women who have done something special for their community.”

For now the Ruby Murray sign is being put up in Windsor Women’s Centre on what the group hopes is a temporary basis.  Billy Dickson of the Blackstaff Residents’ Association said Ruby was a prime example of “someone who achieved so much but never lost touch with her roots”.

“Though she had settled in Devon, she came back for the opening of Windsor Women’s Centre in 1994 and always felt that she was a Belfast girl at heart,” he said.

“Ruby’s family would love to have a street named after her and we’d like the local community to consider this and decide whether a new street in the Village should be named after her, a move which would then need to be passed by Belfast City Council.”