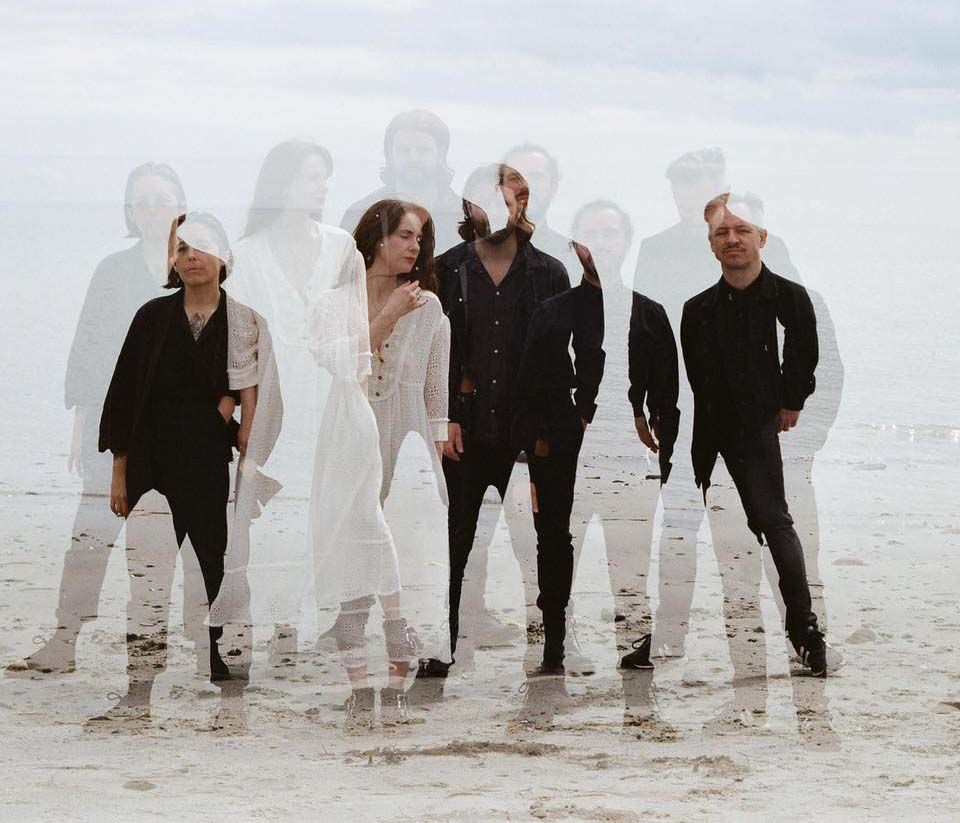 HIT THE NORTH: The New Pagans from Belfast

AS another week comes to a close, we look now at some of the new releases, movement and news that emanates from the country’s creative sector.

With the Assembly inching towards the removal of lockdown regulations, for better or worse, there is a fair chance that before long the hostelries will re-open and music will sound anew. Given the last seven days, there’ll be plenty to enjoy.

Before the weekly spotlight is cast, however, a further casualty of the Covid-19 pandemic has been claimed. The online broadcaster PlayIrish formally announced that it would cease all further broadcasts as of St Patrick's Day and wind down all production. Whilst lacking in true artist support from the beginning, due to its lack of royalty payments, the idealistic nature of PlayIrish proved a valuable service to artists and listeners.

In a press release, the non-profit company claimed that “After reaching almost 100,000 listeners across territories beyond Ireland including the UK, Germany, the US and Russia, 85% of the music was not played anywhere else and the station gave exposure to over 1,200 new Irish artists.”

In release + signing news, however, things are markedly more active. Galway’s Maria Somerville announced that she would officially join the 4AD roster. A special artist whose mix of minimalist pop, ambient sounds and eerie folk vocals gained her critical and cult acclaim, Somerville is the latest in a string of Irish artists to sign with labels this year, indicating a strong forecast of international quality releases from the island to come. She joins a roster that includes titans such as the Pixies, the Cocteau Twins and fast-rising indie stars like U.S. Girls and Aldous Harding.

Furthermore, regular readers of the column will be well acquainted with Belfast band New Pagans – another band whose signing to label Big Scary Monsters we previously covered. Well, they’ve just dropped their debut album and it is tremendous. A jagged mix of alt-rock, grunge and melodic punk, ‘The Seeds, The Vessels, The Roots And All’ combats motherhood, sexism and religion in a succinct 11 track assault.

And although the energy is tightly wound and restrained, the band never lose their edge, one that oozes the potential for danger. Like a runaway train – you’d be wise to keep your eyes and ears on them lest they blow you away when least expected. For fans of Pixies, Sonic Youth and Dinosaur Jr, it’s safe to assume that New Pagans are early favourites for the 2021 Album Of The Year at this year's NI Music Prize. But don’t take my word for it, their launch show was broadcast live on the Nerve Centre (Derry) youtube page – check it out for yourself.

Further seismic releases come from feminist post-punk band M(h)aol, who released the arresting ‘Asking For It’ this week. Although originally slated for a May release, the band opted to bring the date forward following the brutal kidnapping and murder of Sarah Everard in the UK. There's tangible deep-seated anger and sadness in it that perseveres long after the track finishes, one that will draw you back to it multiple times. On sale now on Bandcamp, all proceeds will be donated to Women’s Aid Ireland, and I advise you to allow yourself the two-and-a-half minutes it takes to listen to the whole thing.

And as always, we end the column with a spotlight on a handle of other releases that caught my attention. New wave Irish legends team up with a budding one in the making as Clannad featured rapper and singer Denise Chaila on their re-recorded classic ‘In A Lifetime’, with Chaila taking the spot of Bono’s vocals. Really stunning stuff, with a fantastic video to boot.

Then we have the latest EP for Derry’s own Susie Blue, titled ‘Boys Boys Boys.’ Standout track ‘May God Forgive You’ is a gorgeous slip of synth-pop and indie rock. One for rainy days and bedroom dancing. And the final track of the week came on a recommendation from the Year Spaceship podcast, in the form of symphonic space rock track ‘The Room Is Spinning’ from Moon Landing, which builds and explodes in the best dramatic fashion.