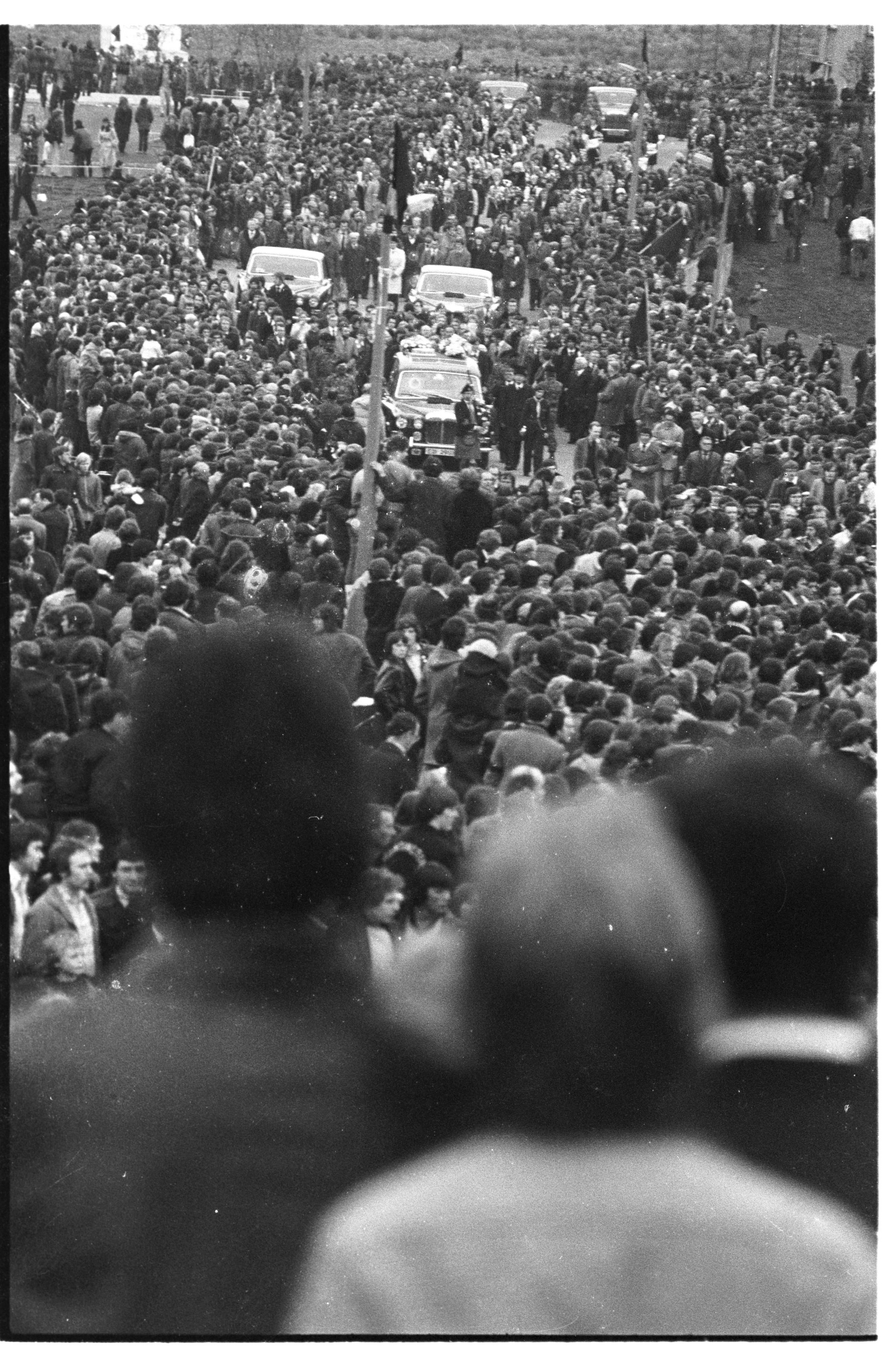 LOOKING BACK: The funeral of Bobby Sands in West Belfast in May 1981

Ahead of a weekend of events to commemorate the 35th anniversary of the 1981 hunger-strikes Bobby Storey has spoken about his own memories of the period.

Storey, who is now Sinn Féin six county chair, will be involved in a panel discussion in the Andersonstown Social Club (PD) on Friday night along with former blanketman Fra McCann, and former Armagh prisoners Jennifer McCann and Rosie McCorley. Tonight, Thursday, at 7.30pm there will be a discussion in the Devenish chaired by Alex Maskey involving former hunger-strikers Pat Sheehan, Mary Doyle and Raymond McCartney.

“I had just returned to West Belfast four weeks into Bobby Sands’ hunger-strike,” he recalled. “I had been in jail in England charged with conspiring to hijack a helicopter, to get Brian Keenan out of jail, and it was straight into activism around the hunger-strikes.

“We were all involved with other comrades in organizing the funerals of our dear friends and comrades – Vol Bobby Sands, Vol Joe McDonnell and Vol Kieran Doherty. It was a heart-breaking time, but the three lads showed us it was a time for leadership and resistance.

“The massive turn-out for Bobby’s funeral humiliated the British government and undoubtedly led to their vicious assault on Joe’s cortege, firing live rounds, plastic bullets and baton charging mourners. I remember how Joe’s family and mourners stood so strong and proud that day.”
He said the IRA and local people were determined not to let the same thing happen at Kieran Doherty’s funeral.

“I recall up to 200 republicans meeting in the PD club on the morning of Kieran’s funeral and marching up to his family home, each one had a hurl to defend his remains and the cortege. The hurls are clearly seen surrounding the coffin in the iconic photos of the funeral.

“Actually I was back in jail pretty quick. Three of us were captured with two armalite rifles shortly after INLA Vol Michael Devine died on hunger strike, and charged with shooting a British soldier on the Shaws Road during a riot that followed Michael’s death.”
He said the weekend events will be reflective.

“Much of it will be heard for the first time as these are very much personal experiences of those directly involved, which always gives a unique perspective.”

After the party’s success in February’s general election in the south, he says all eyes are now on next Thursday’s assembly election.

“The leader’s speech was motivating,” he said. “We are the only party interested in and has a strategy for a united Ireland.

“The 1916 heroes are still inspiring us today – 100 years on from the Rising.
“After the Rising the southern parties failed to represent northern nationalists. We want to be in government in the south to change that.”