Collusion Cover-Up: A Bill That Needs To Be Scrapped 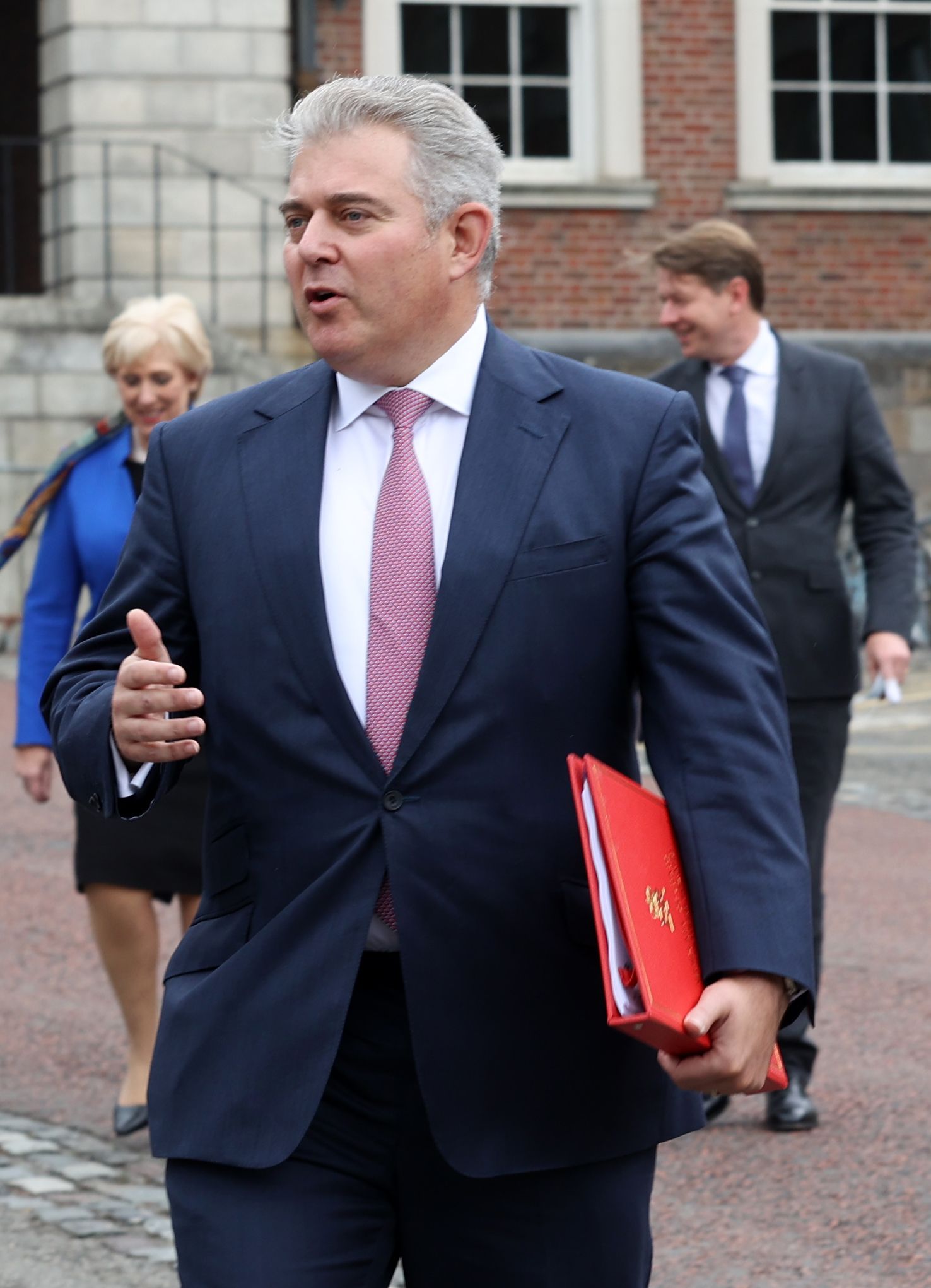 Brandon Lewis, British Secretary of State for Northern Ireland, introduced the Northern Ireland Troubles (Legacy and Reconciliation) Bill in the British Parliament. Among other things, the Bill creates a new “investigations and information recovery process,” named the Independent Commission for Reconciliation and Information Recovery (ICRIR), that is allegedly aimed at providing “answers to families.”

Explanatory notes to the Bill begin with a misstatement by Lewis. The rest of it goes downhill from there. Lewis says the Bill’s provisions are “compatible” with the European Convention of Human Rights (ECHR). He is wrong. Human rights law requires independent, transparent and effective investigations into suspicious deaths, especially when the State is involved. Nothing in the Bill calls for that. Indeed, the word “review” has been substituted for the word investigation in the provision describing the functions of the ICRIR.

A Judicial Review by Geraldine Finucane relating to her husband, Pat’s murder commences tomorrow morning at the High Court in Belfast.

The hearing will examine Brandon Lewis’ decision on 30 November 2020 not to order a Public Inquiry into the collusion and murder “at this time”. pic.twitter.com/mtP2hUo13x

The Bill establishes a Commissioner for Investigations in the ICRIR who will have operational control over the conduct of the “reviews,” which means he or she will decide what steps are necessary to take in a matter. The Bill gives the Commissioner broad discretion but vague guidance on the thoroughness of the investigations the office conducts. The Bill instructs the Commissioner to “[look] into all the circumstances” surrounding the death or other related offenses. The word look has many meanings, but none strike confidence that the Bill’s language imposes a specific duty to be thorough and comprehensive in this regard.

Based on its reviews, the ICRIR is supposed to produce reports on cases along with a historical record on other deaths that occurred during the Troubles, provide answers to those who want them, and grant immunity from prosecution. It is difficult to understand how the ICRIR can properly accomplish all of this without conducting effective investigations.

Furthermore, some provisions cripple the ICRIR’s independence. One example is the broad national security “safeguard.” Under it, the ICRIR “must not do anything which would risk prejudicing, or would prejudice, the national security interests of the United Kingdom.” The safeguard can easily be abused to protect the government in cases involving crimes committed with the approval or knowledge of high-level public officials.

This weekend families are holding events of memory in West Belfast. Please attend if you can

Frankie McKeown, 50th Ann commemoration Saturday 16th July at 3.00 pm. The venue will on the Shaws Road at St Paul's.

Everyone welcome to both pic.twitter.com/DXULQFFxmW

Many families have been waiting decades for answers about how and why their loved ones died, who was responsible and when responsible parties will be held accountable. Lewis points to their wait and says “the current system is failing,” hence the need for the ICRIR. This statement, however, ignores the British government’s heartless and long-standing refusal to implement the Stormont House Agreement (SHA).

The SHA was signed by the UK and Irish governments and leaders of four major political parties in Northern Ireland in 2014. Since then, the UK re-affirmed its intent to implement the SHA in the 2015 Fresh Start deal and the 2020 New Decade, New Approach agreement. Now, in 2022, the British government is unilaterally abandoning the SHA’s process for dealing with Troubles-legacy matters and, in its place, is proposing legislation that fails to provide truth and justice to survivors and families of those killed during the Troubles.

This proposal ignores the voices of victims. Victims did not have any input into the UK’s decision to cast aside the SHA in favor of this legislation. Human rights and victims’ rights experts have identified two other significant flaws. Brian Gormally, Director of the Belfast-based NGO Committee on the Administration of Justice noted: “[t]he Bill drives a coach and horses” through the UK’s Human Rights Act, which was a product of the Good Friday Agreement. And the Chief Executive of the victims’ group Wave Trauma Center told the Good Morning Ulster program that the families of victims “want to know that their loved one’s life mattered and that there has been a full process to account for that.” (Emphasis added). The Bill fails to deliver a full process.

If the Bill is enacted, quests for truth and justice in cases of security force collusion and Army criminality will not take place.

What the Bill does deliver, however, is a way for perpetrators to get off the hook. An applicant can request immunity from prosecution from the ICRIR by providing an “account” of conduct relevant to a Troubles-related offense(s) that is “true to the best of [the applicant’s] knowledge and belief.” In considering the truth of the “account” provided, the ICRIR must consider other information in its possession but nothing more. Seeking information from any other person or source to verify the account’s credibility is not authorized. Thus, the ICRIR can grant immunity without conducting a full investigation and determining the accuracy of an “account.” Moreover, once granted, immunity may not be revoked.

Anyone with a conviction for a Troubles-related offense is not eligible for immunity. Therefore, tens of thousands of paramilitary offenders cannot make a valid claim for immunity, and they will remain subject to criminal prosecution. But state security officers, particularly members of the British Army, are expected to take advantage of the Bill’s immunity provisions. This is one of the major goals the Bill seeks to achieve under the guise of information recovery. Immunized law-breakers will avoid criminal prosecution. Yet, the Bill has a more nefarious though unstated goal.

The lack of victim involvement in crafting the new procedures tells you all you need to know about the Bill’s real purpose. It isn’t about providing families with answers, as Lewis claims. What it’s really about is enabling the government to cover-up collusion; i.e., State security force involvement in murder and other crimes.

If the Bill is enacted, quests for truth and justice in cases of security force collusion and Army criminality will not take place.

The Bill denies victims access to civil courts to get answers, win reparations and ensure accountability. Filing a “Troubles-related civil action” has a May 17, 2022 cut-off. No “Troubles-related civil cases” filed after that date can continue if the Bill becomes law. Thus, civil court will no longer be available for survivors and victims’ families seeking relief for human rights violations surrounding a loved one's death.

The Bill also requires the closure of all Inquests involving Troubles-related suspicious deaths, except matters that are at an “advanced stage.” Only Inquests started before May 1, 2023 or the day the Bill becomes law, whichever is earlier, can qualify for “advanced stage” status.

In moving the Bill’s second reading before the House of Commons, Lewis called it “a hugely significant step towards enabling true reconciliation.” Once again, he is wrong. Those who matter most - victims - strenuously disagree. The Bill strips many of them and their families of the right to get genuine, fact-based answers, and it forces them to rely on what the ICRIR delivers.

Truth, accountability and acknowledgement - the great yearning of survivors and families of Troubles victims - can help heal wounds and foster reconciliation. The Bill utterly fails to make that kind of societal transformation possible.

In the final analysis, amidst its many human rights defects, the fig leaf this Bill presents to cover-up collusion stands out. It’s the Northern Ireland Troubles (Legacy and Reconciliation) Bill that needs to be scrapped, not the Stormont House Agreement.

Ed Neafsey is a retired New Jersey Superior Court Judge. He provided legal research on U.S. torture and civil rights law to the Belfast human rights group, Committee on the Administration of Justice, in the Hooded Men Case and Shanahan v UK. He served as a trial observer in the Diplock Court case against the Beechmont 5 defendants.