DÚLRA: A bird in the hand for this rambling man 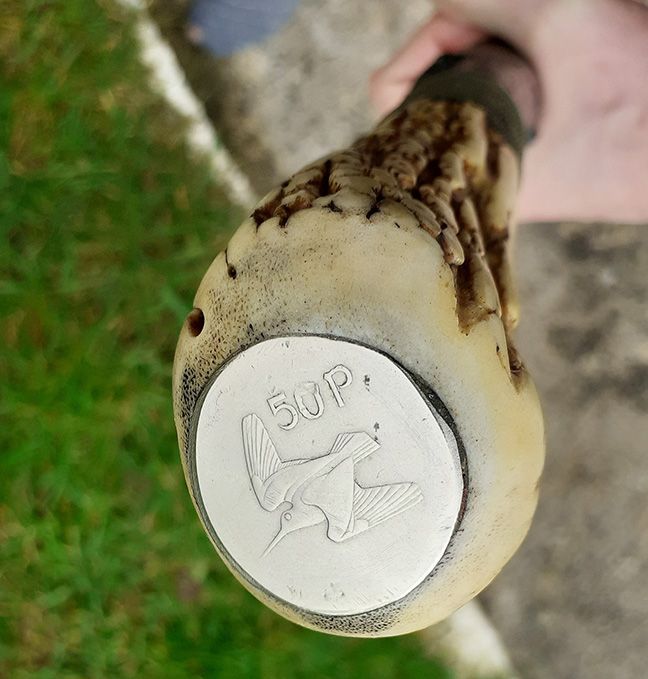 THIS is the story of a brick. Not just any brick, but one that holds the secrets of our hills – it too was forged in red-hot temperatures.

Dúlra picked it up as a souvenir as he was leaving Colin Glen this week – he had a special place in mind for it. And not sitting on the mantelpiece or on the living-room floor like Father Jack!

The lower part of Colin Glen was for many years the heart of brick-making in Belfast – and today, these bricks – many shattered – are still scattered all around it. Kick a bit of dirt here and your toe will probably sting from meeting a piece of buried, rock-hard clay, and they’re as common on the surface as wild flowers.

Older people will be familiar with the name of the brickworks – McGladdery’s – which opened at Colin Glen in 1946. The firm was delighted with the amount and quality of clay here, so much so that they were able to send it to their factory in Beechmount.
McGladdery’s bricks were valued across Ireland from its beginning in Ardoyne in 1859. Six million of their bricks were used in the construction of Thompson Dock where the Titanic was built as well as Donabate Asylum in Dublin and Achill Island lighthouse.

The Colin Glen brickworks were closed in the 1960s, when the area became a dump for scrap cars known as Rosbotham’s Tip.

When Dúlra was a kid we used to call the area below the dump as ‘Froggy Land’. Huge sections of red clay lay exposed here, and water gathered in big pools where frogs – millions of them – bred.

The land here has since been remodelled and the back of the glen is now a great community resource where families can enjoy the countryside on their doorstep.

But as Dúlra was leaving this week, he thought of the old Froggy Land – maybe a McGladdery’s brick would be the bit of magic he needed to attract breeding frogs to the bucket of water he sunk in the garden a few weeks ago.

Maybe the frogs would sense they were at home here alongside a hardened piece of the Belfast hills as old as time itself. And if they don't, at least he'll have a lovely ornament for the mantelpiece!

BUILD IT AND THEY SHALL COME

Dúlra spent a fabulous Sunday down at the docks with famous birder Geordie Hynes putting up nestboxes. There are many young plantations down here which aren’t gnarled enough to supply the natural holes that breeding tits need.

Most birds have already chosen their nest sites, but Geordie is convinced the new homes we put up in an alder grove will immediately attract families. “At the minute they’ll be feeding here and then going all the way back into the city to nest in boxes in gardens. Hopefully these boxes will help them move in permanently,” he said.

A WALKING STICK OF REAL CLASS

Dúlra has to say he’s delighted with his latest gift – a walking stick of real class. Nature buff Marty Lawlor dropped it into the office this week and it’s evidence that there are still some country traditions alive and well.

Marty got the blackthorn in Crumlin Glen and expertly topped it with a stag’s antler from an animal killed under licence in Limerick. But it’s a wee detail on the handle that shows Marty is on the money – literally. He’s managed to inlay an old Irish 50p coin seamlessly into the antler bone like a jewel so that Dúlra can rest his hand on one of our most special birds – the woodcock, creabhar in Irish.

Dúlra has only ever seen this secretive woodland bird once when he nearly stepped on it in a steep and wild part of Black Mountain that’s almost inaccessible.

The inexorable loss of land to agriculture that once hosted so many breeding birds has put the woodcock on Ireland’s red list of endangered species. But from now on when Dúlra heads out for a dander, he’ll always have this unique bird literally in the palm of his hand.

I have slipped out for an hour to catch my last woodcock of the year - a tribute to 2019; the year I began my PhD studying #woodcock in Ireland. It also brings me to 190 woodcock in 2019!
Now to snrak back for midnight before anyone notices. pic.twitter.com/keNeMCCgnO

— Irish Woodcock Project (@IrishWoodcock) December 31, 2019
• If you’ve seen or photographed anything interesting or have any nature questions, you can text Dúlra on 07801 414804.