A Blue for you 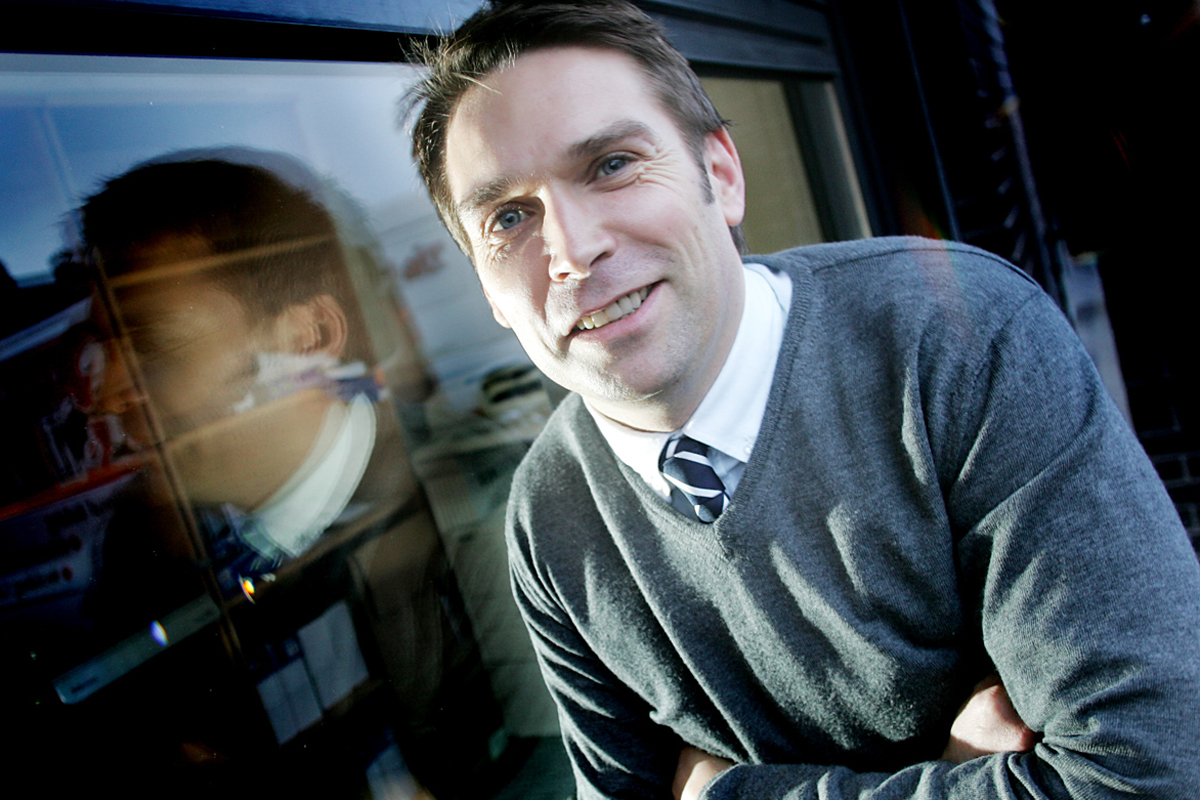 Former Irish League footballer Chris Morgan started his sporting career with Crusaders before moving on to Linfield, Glentoran, Newry City and Dungannon Swifts. In a medal-strewn career he won league titles for three clubs and scored the winner in the Irish Cup final for the Blues before retiring in 2010. Chris is currently a partner in the consultancy company, Copious Consulting.

I was born in Templemore Avenue Hospital

I grew up in Saintfield

I was educated at Saintfield Academy, Lagan College and University of Ulster, Jordanstown

When I was a child I wanted to be a footballer

I actually worked in sales, managing retail accounts for O’Neills Sportswear for 10 years until February of this year. I then took a fairly significant change of direction and I’m currently a partner in a consultancy company, Copius, where we provide a resource for a wide range of clients across the community and voluntary sector. I also got to fulfil a little of my childhood ambitions by playing in the Irish League for 16 years for Crusaders, Linfield, Glentoran, Newry and Dungannon Swifts

Worst job I’ve ever had was when I worked in McDonalds for about four weeks when I was 16. A couple of mates at college decided it would be a good idea to apply for a job there. What I didn’t realise was that whilst I sent my application in, they didn’t bother.

Best job I’ve ever had is what I currently do. I work selling membership of our priority club to groups across NI and I also work with groups with charitable status to help them maximise their income through gift aid. We’ve had lots of success stories across our client base

The bravest thing I've ever done is playing for Linfield the day after my dad had passed away in 1999. My dad was a huge influence in my life and played a significant role in me playing football to the level that I did. By playing it was the greatest mark of respect that I could show to him and I played the game like he was watching me for the last time. My only regret was not scoring in the game to give him the ultimate send off.

The stupidest thing I've ever done is not working hard enough at school. I wouldn’t change my career path and how my life has happened so far but I wish I had been more studious during my secondary education years, when like many 16-year-olds I was too busy trying to be the smart kid.

The person who inspires me most is my mum. She has dealt with so much heartache through loss yet she just gets on with things. She recently retired from her job as an English teacher, having gained her first formal qualification after going back to school in her forties – O-Levels, A-Levels and a degree. She’s just enrolled for an Italian class – not bad for a granny in her sixties

I'm very bad at budgeting my money. I think it’s something I inherited from my dad. If I have money I will always be looking to spend it, which in a recession isn’t such a good thing

I'm very good at, I was going to say being organised, but given that it has taken me the best part of three weeks to organise the answers to this questionnaire that may not overly appropriate. I’ll leave it at selling. I’ve been doing it long enough with a fair degree of success. My colleague and friend Manus Magill always says ‘people buy people’, and that pretty much sums up my approach to sales

I'm most proud of my kids Isabella and Alfie. I don’t think anything that I’ve achieved to date or in the future will compare to the feelings of happiness they bring. Given their age, at times they can be hard work – tantrums, fighting, not eating their dinner or whatever any particular day brings but even a little bit of their good stuff more than makes up for it. Part of my thinking when I retired from playing football was to allow me more time to spend with them at the weekend, and on Saturdays when my wife Ashling works, I spend some ‘fun’ time with them. Most of the time it works out really well

I like to relax by watching my beloved Tottenham, but I’m not sure that I get to relax too much when doing so

My favourite quote is  “The great fallacy is that the game is first and last about winning. It’s nothing of the kind. The game is about glory. It’s about doing things in style, with a flourish, about going out and beating the other lot, not waiting for them to die of boredom” – Danny Blanchflower

The last book I read was In Search of Alan Gilzean, written by my brother James. For any Spurs or Dundee football fans I’d highly recommend it

My favourite movie is This Boy’s Life with Leonardo DiCaprio and Robert De Niro, and It’s a Wonderful Life

The actor that would play me in a movie of my life would be.. someone intelligent, funny, attractive and dashing, but it would probably be a modern day Charlie Chaplin

The song that makes me dance is, I’m a terrible dancer, and even with a few drinks I try to make a conscious (if that’s possible) effort not to

The best place I've ever been Positano in Italy. I got married there in 2005 in a tiny little chapel that was right on the cliff face. It had an absolutely stunning view of Mount Vesuvius and the Bay of Naples. The place I have to visit before I die is a tour of South America, even better if it could coincide with the World Cup in Brazil in 2014, culminating with the final in the Maracana Stadium in Rio

The last text message I received was from my mate Mark who was forwarding a joke about John Terry. He’s a Liverpool fan, so as you can guess it wasn’t overly complimentary

If I could describe myself in five words they would be calm, personable, driven, loyal, witty

If I could invite five people (living or dead) to a dinner party they would be my wife and kids and my dad so they could meet each other. I’d also bring someone funny along to brighten the mood a little

If I could change one thing about South Belfast it would be to improve the weather. Obviously this is not something anyone can control but Belfast is a great city, just let down by the terrible weather we endure

My favourite thing about South Belfast is Windsor Park. I spent many happy hours on the pitch playing for Linfield, and I am proud to have represented them for as long as I did