A lifetime of union struggle 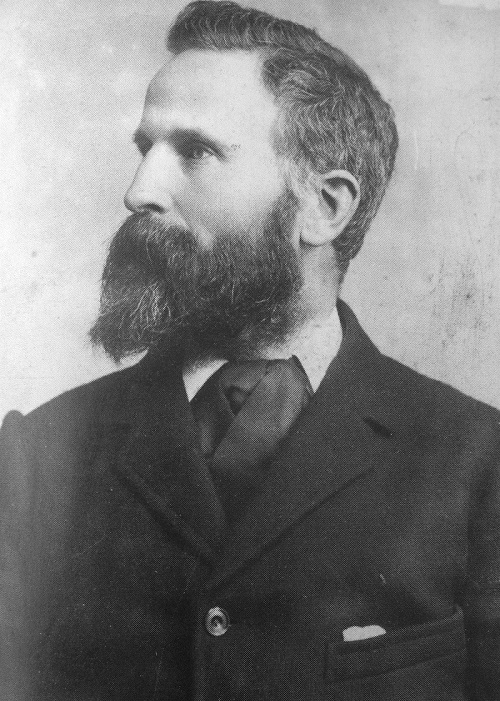 Patrick McKeown was born on March 16, 1854 and, as was the custom in those days of high infant mortality, he was baptised the following day, St Patrick’s Day, in St Michael’s Catholic church near Dromara, Co Down.

In all probability you will never have heard of Patrick McKeown. That comes as no surprise, as even his own family – he had a wife, two sons and two daughters – never knew him by that name and only learned his story after his death in 1922. His mother, Elizabeth Rogers, a Presbyterian, married John A. Bowman in 1844 and was widowed nine years later with three children. She soon married her neighbour, William McKeown, a Catholic, with whom she had a further four children. McKeown was a farmer and weaver and early in 1865 he died from TB. Faced with the threat of the Lisburn Workhouse, as she had no way of paying the rent, Elizabeth decided to move to Belfast where some of the Bowman family now lived. Her oldest son by the first marriage was William Bowman, and now aged 20, he became the householder. On the advice of a Presbyterian minister in Belfast’s Argyle Place, the name Bowman was adopted by all and Patrick now became known as Alexander Bowman.

He had picked up some weaving skills from his father and on arrival in Belfast he worked in a mill in Agnes Street to supplement the family’s meagre income. He became an apprentice flaxdresser, a post which would offer good wages on completion of the seven-year apprenticeship. Right away he joined a delegation of workers to ask the factory manager to have a grievance removed and for his pains he was dismissed. He soon resumed his career in Ewart’s Mill on the Crumlin Road.

Being a committed Presbyterian he joined a Bible-based temperance association believing that over-indulgence in drink was one of the major problems for mill workers. He also became active in the Flaxdressers’ Trade and Benevolent Fund. Quickly realising that one union could do little to sway an implacable employer, he was active in the creation of the Belfast Trades Council, which was set up in 1881. By this time he was married and living in Crimea Street off the Shankill Road. By 1883 most of the trades in the city, representing over 7,000 workers, were affiliated to the Belfast Trades Council. Alexander Bowman became secretary. Earlier, he had joined the Belfast Debating Society which met in Lombard Hall every Monday evening with an attendance of about 200 people. A press report around this time records that he spoke in favour of the motion ‘Is Ireland entitled to Home Rule or the right of making her own laws?’ The motion was defeated. Bowman led a delegation from the Trades Council urging Belfast Town Council to provide a free rate-supported library for the growing population pointing out that they represented over 10,000 Belfast workers. When their initiative was resisted they successfully called for a ballot to be conducted among ratepayers. Of the 10,400 voting papers issued, 5,200 voted for with just 1,400 against. This resulted in the building of Belfast Central Library, which opened in 1888.

Early in 1884, Bowman quit his job as a flaxdresser, becoming a commercial traveller for the clothing firm of Black & Co. He offered his resignation as secretary of the Belfast Trades Council, citing health problems and change of occupation. But he was persuaded to continue, with an assistant secretary appointed to lighten his load. However, Bowman had broadened his horizons. He addressed a meeting of Liberals arguing that householders in Ireland should be accorded the same rights as those in England, Wales and Scotland, where all householders had the right to vote. He pointed out that of 50,000 householders in Belfast only 30,000 had the vote. Two months later the franchise was extended to Ireland, resulting in the number of parliamentary seats for Belfast being increased from two to four.

When a general election was called in October 1885, a deputation which included Benjamin Hobson, father of the future IRB leader Bulmer Hobson, arrived at Bowman’s home in Berlin Street asking him to stand for Parliament in North Belfast. He stood as an Independent. This was the first time a representative of the working people ever stood in Belfast. His opponent, mill owner William Ewart, also his former employer, polled 3,915 to Bowman’s 1,330. At the time the population of the constituency was over 53,000 while the number on the voting register was just 6,810.

The following year Bowman helped launch the Irish Protestant Home Rule Association in Belfast. He spoke at a series of public meetings, many of which were shouted down by loyalist mobs. That summer saw the worst rioting in the history of Belfast. Bowman lost his job and was forced to move his family from the Shankill to Greenmount Road just off North Queen Street, with his children enrolling at St Paul’s school on York Road. He struggled on, addressing meetings, usually in conjunction with the National League. By October 1888 he was exhausted. Having received an offer of a job in Glasgow, he resigned as secretary of the IPHRA. His departure effectively ended the Association. Their premises at Crown Chambers, Royal Avenue, were taken over by James Johnston (the solicitor son of Fenian leader Robert Johnston) who was a leading member of the National League. During his time in Glasgow, Alexander was drawn towards socialist politics. By 1892 his family were back in Belfast and he moved to London where he acted as representative on behalf of the Ulster Curing Company. He brought his family to the English capital two years later.

With his job prospects dwindling, the Bowman family once again returned to Belfast, renting a house at 29 Upper Meenan Street off the Shankill Road. Resuming work as a flaxdresser, he again became involved in trade union activities, as an organiser for the quaintly-named Belfast Municipal Employees’ and Other Workers’ Association, who were affiliated to the renamed Belfast United Trades and Labour Council.

With the extension of the city boundaries in 1896, Belfast would now have 60 councillors, an increase of 20. The Trades Council decided to fight the incoming local elections. Bowman was selected for Duncairn, one of six Labour candidates throughout the city on a manifesto which included demands for Corporation direct labour and fair wages. Topping the poll, Bowman led six Labour councillors on to the Corporation.

In recognition of his lifelong efforts he was unanimously elected as President of the Irish Trade Union Council in Sligo in May 1901.