A portrait of the artist 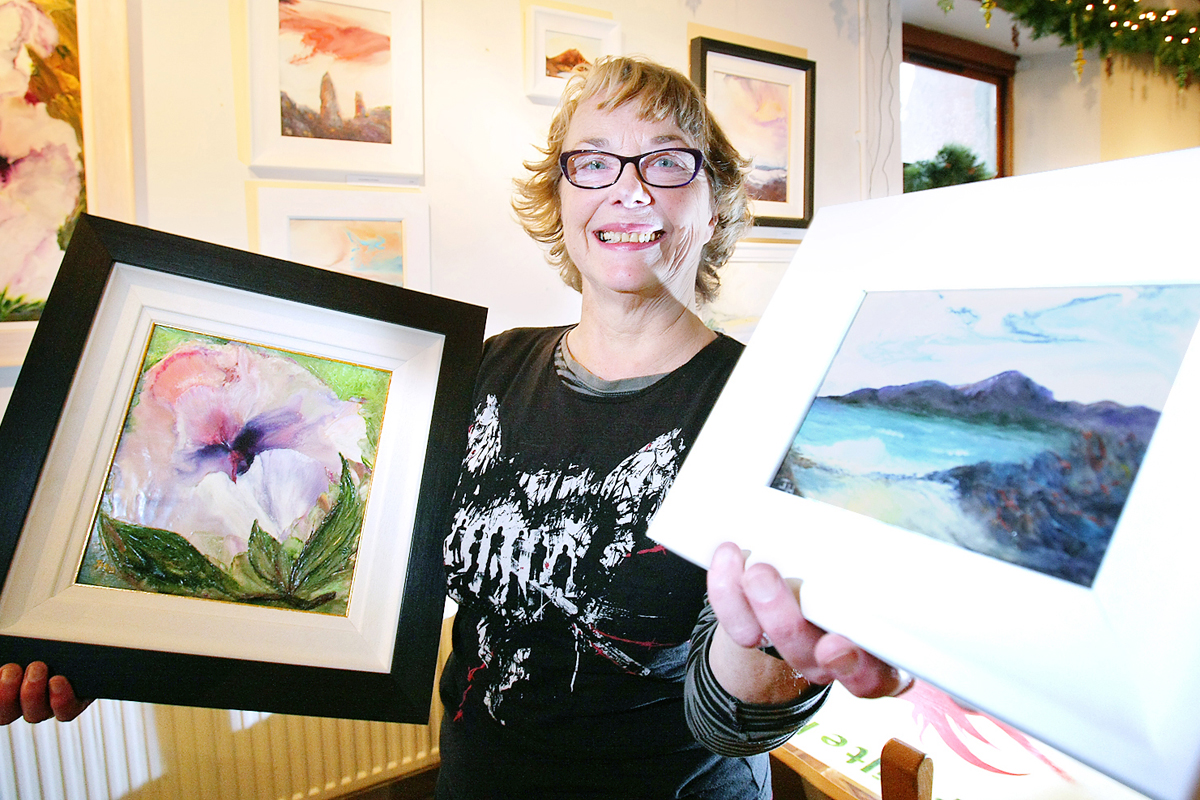 Answering the People Like You questions this week is artist Imelda Hume, who is currently exhibiting her work in the Cultúrlann. She took time out to tell us how she had a succession of jobs before finding her calling

I now live in... West Belfast.

I was educated at... Dominican College Fortwilliam.

My earliest memory is... having measles  when I was two.

When I was a child I wanted to be... an archaeologist.

I actually became... an artist.

Worst job I've ever had... When I was cleaning houses.

Best job I've ever had... Tourist Board in London.

The bravest thing I've ever done... standing up in a room full of people and reading Chapter 5.

The stupidest thing I've ever done... Too numerous to mention.

The biggest thing I've yet to do is... live the rest of my life.

The person/people who inspired me most is/are... John Luke and Georgia O’Keefe.

The most important thing in the world is... good coffee.

I'm very bad at... computers and filling in questionaires.

I'm most proud of... my three children.

My best friend would say I am... my own worst critic.

My favourite saying/quote is... The earth was given to us to look after for our children.

The last book I read was... Songlines by  Bruce Chatwin.

My favourite movie is... The Hours.

The actor that would play me in a movie of my life would be... not sure on that one.

The song that makes me dance is... Dire Straits – Sultans of Swing.

The song I would have played at my funeral would be... Leonard Cohen – Anthem/If It Be Your Will.

The best place I've ever been... Lucca in Italy.

The place I have to visit before I die is... the Australian outback.

The last person I talked to on the phone was... my son.

The last text message I received was from… eBay.

If I was a politician I would... try to introduce more environmental studies into schools.

If I won the lottery I would... buy a house in the Centro Storico of Lucca.

If I could describe myself in five words they would be... better than the average bear.

If I could invite five people (living or dead) to a dinner party they would be... Kieran Brogan, Saladin, Herman Wallace, Lewis Carroll, Thomas Russell.

If I could change one thing about West Belfast it would be... the weather.

My favourite thing about West Belfast is... its ability to rise like the phoenix from the ashes.