A simple handshake seals a peaceline contract for a brighter future 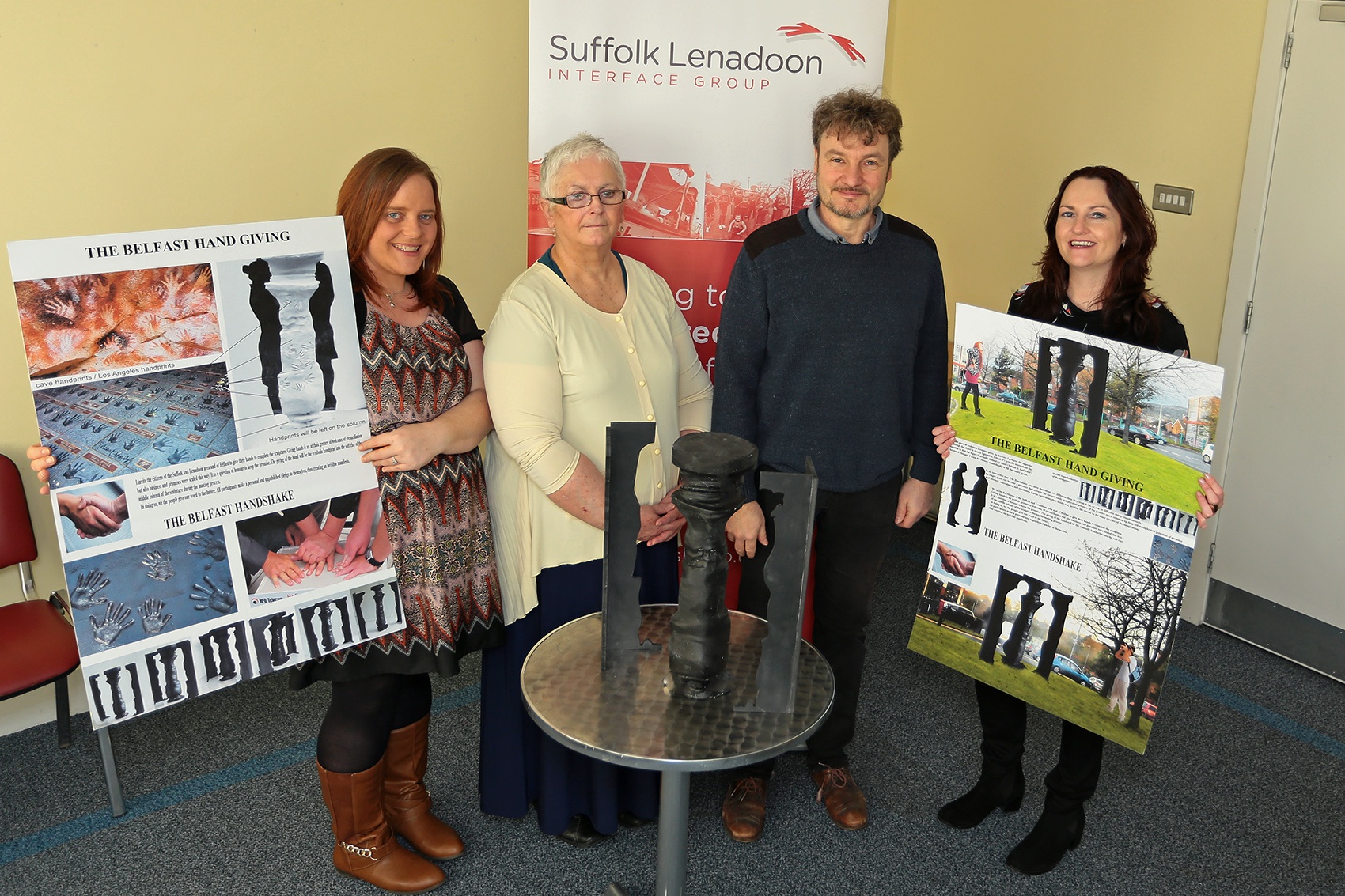 With a model of the new sculpture are Suzanne Lavery and Jean Brown of SLIG, artist Ralf Sanders and Ann Ward of the Arts Council

A new sculpture reflecting the hopes and fears of both sides at a South Belfast-West Belfast interface has proved to be a hands-on experience for all involved – quite literally.

‘The Belfast Handshake is to be erected on green space near the junction of the Blacks Road and Stewartstown Road is an imaginative representatition of two people shaking hands – representing the many varied and positive messages that a simple handshake sends out.

The central column contains handprints of local residents and artist Ralf Sanders said that in taking part in the creation of the sculpture and in locating it in a highly visible location, both communities are shaking hands on a more positive future.

“Giving hands, shaking hands which the sculpture depicts, is an archaic gesture of welcome, of reconciliation but also business and promises were sealed this way,” said Ralf. “It is a question of honour to keep the promise. The giving of the hand will be the symbolic handprint into the soft clay of the middle column of the sculpture during the making process. In doing so, we the people give our word to the future. All participants make a personal and unpublished pledge to themselves, thus creating an invisible manifesto.”

The cross-community Suffolk Lenadoon Interface Group (SLIG) has worked on the project with the Arts Council and the International Fund for Ireland Peace Walls programme. SLIG development officer Suzanne Lavery said she thinks the sculpture will become a landmark of positivity in an area with a history of conflict.

“The Arts Council Programme has provided the ladies and young people involved in our project the opportunity to be involved in discussions and dialogue about their views of the future as well as how to improve their communities,” said Suzanne. “It created a space where they could openly discuss their feelings, their values and beliefs, as well as allow them to develop ideas in a creative way. Through this process they have created something special that will show the communities across the interface an image of a positive future for everyone.

“I believe this artpiece will become a landmark for our communities, bring a positive vibe to our interface and show other communities the importance of working towards a united future.”