Adams: ‘Antrim must improve for trip to Tipp’ 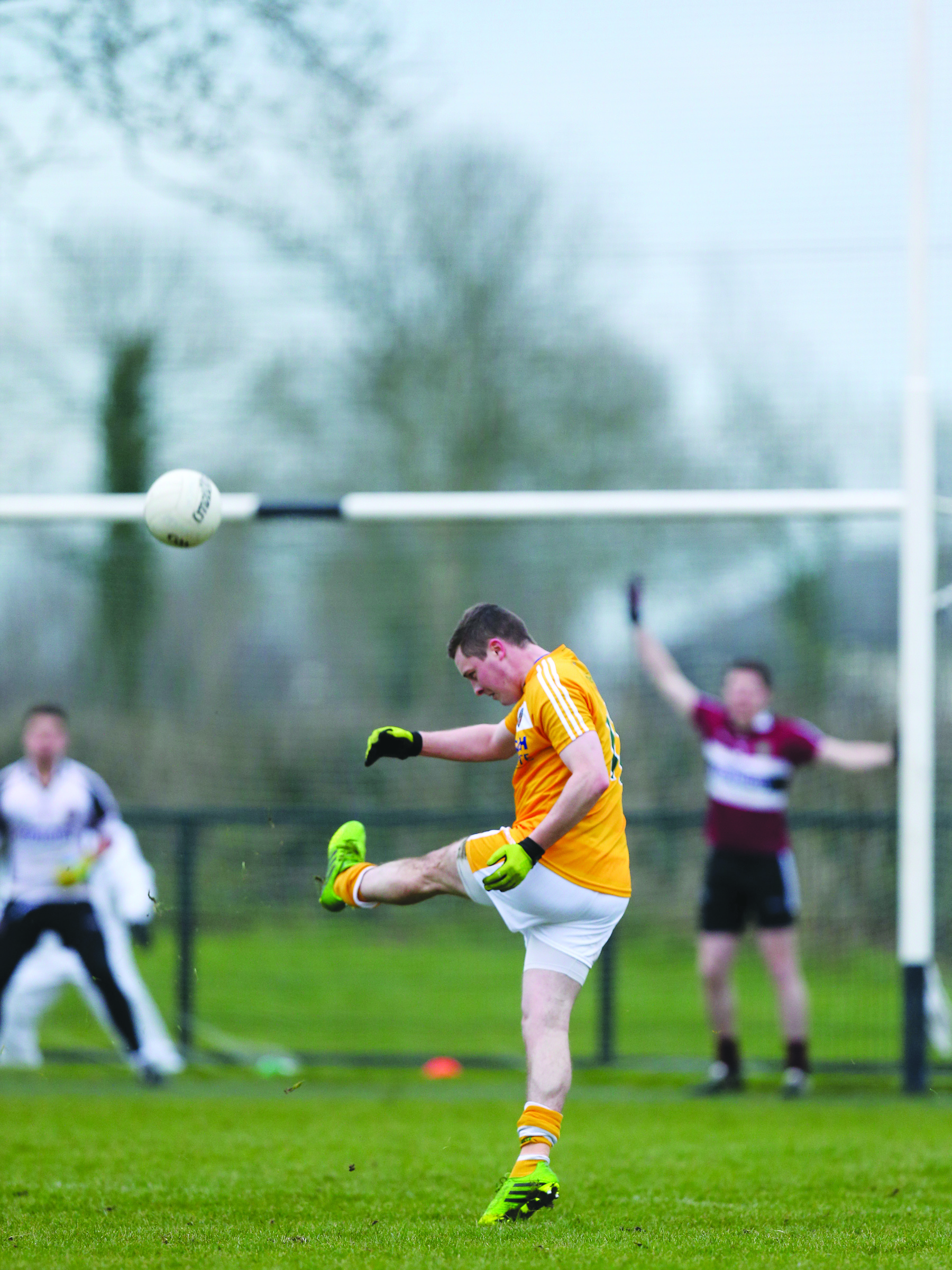 The Saffrons suffered three successive defeats to St Mary’s, Monaghan and Fermanagh in the pre-season competition with 14-point defeat to the Ernemen last month particularly damming as Antrim went 45 minutes without scoring in Brewster Park.

Minus the services of several established players, Adams and joint-manager Frank Fitzsimons attempted to blood some fresh faces in the competition.

However, Adams admits the experimentation didn’t go according to plan and the Antrim line-up for the forthcoming league campaign will have a more familiar look to it.

Antrim have also been boosted by the return of CJ McGourty to the fold after discussions with the management.

“Basically, myself and Frank had heard through the grapevine that CJ wanted back,” explained Adams.

“We discussed it and we met with him and he wanted to give it another go.

“It was pre-McKenna Cup. We didn’t need to see CJ’s pedigree in the McKenna Cup - he has done it at club and county level.

“The McKenna Cup was about trying new blood. We lost four or five established players on top of the players we were missing already through the universities.

“He has two or three sessions under his belt and he isn’t too far off the pace. He wants to go out knowing he has given it all to the county for whatever is left of his career which could be another few years yet. We forget he is only 28.”

McGourty’s return is a welcome lift prior to the start of the National League as Antrim look set to be under strength for the trip to Tipp while Adams has identified the areas where the Saffrons must improve.

“Mark Sweeney, Sean McVeigh and Kevin O’Boyle are long-term injuries. We are hoping they will feature at some stage during the National League.

“We have to learn from our mistakes in the McKenna Cup. When we were playing Monaghan and Fermanagh, they had close to their full team. Fermanagh had 13 of their Championship side from last year. We had six. We gave a lot of players a run out for the first time. Ultimately, some of those boys didn’t make the panel for the National League.

“As we do quite often, we created a lot of scoring opportunities - we just didn’t take them. We need to be more clinical in front of the posts.”

Antrim open their Division Three campaign with back-to-back away games against Tipperary and Offaly. The following two rounds see them take on Sligo at Corrigan Park before travelling to Drogheda to take on last year’s Division Four winners, Louth.

It is hard not to conclude that, if Antrim are to maintain their status in their third tier, they must pick up maximum points in the round three and four games. Yet, Adams insists they will not fear any team and they will be out to make a winning start to the league this weekend.

“I think we have to respect every team,” said Adams.

"We won’t look past the first game against Tipperary. We have to go down there to play. Tipperary had a brilliant year last year and you can’t disregard that.

“We will be going down to try to win and get two points. If we fall short, but improve every game and win those later matches, then so be it.”