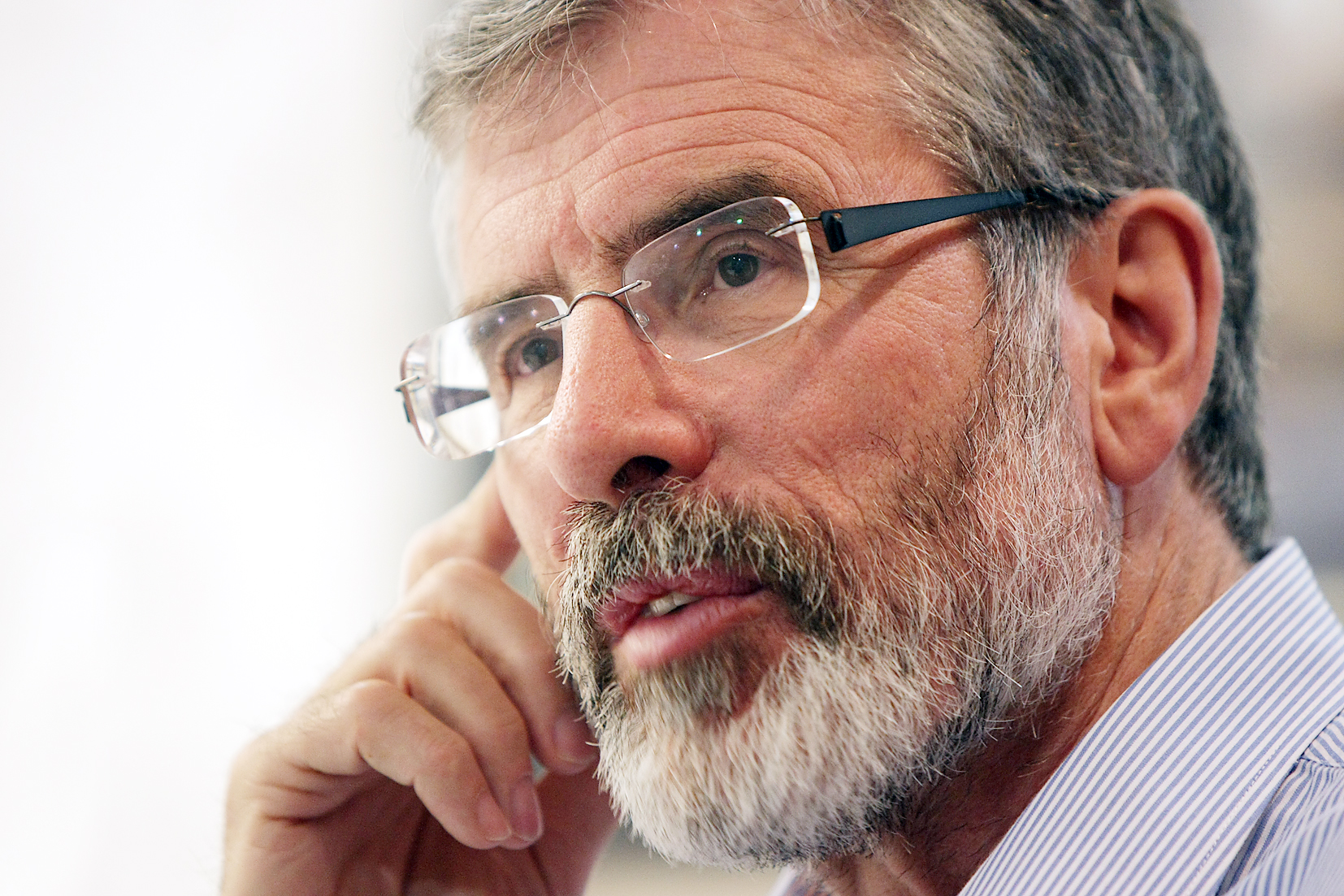 Gerry Adams on Saturday met an official from the Comptroller’s office, which has in the past invested millions in Cerberus

Mr Adams is in New York to attend the Clinton Global Initiative, an annual gathering of global leaders designed to address the most pressing issues of the day. On Saturday he sat down with an official from the Comptroller’s office to discuss the deepening scandal related to the sale of NAMA’s northern loan book to the US investment fund Cerberus, a company in which the Comptroller’s office has invested millions in the past. New York Comptroller Tom DiNapoli has long taken a keen interest in Irish affairs – and the peace process in particular.

Mr Adams said he brought to the Comptroller’s attention what he said were “very serious allegations of political corruption and possible illegal activity” in a gathering storm that has gathered pace with recent sensational claims in statements made in the Dáil and in evidence given to Stormont’s finance committee.

“I met with an official from the office of the New York State Comptroller Tom DiNapoli in relation to the sale and purchase process of the NAMA northern loan book to US fund Cerberus,” said Mr Adams.

“The Comptroller’s role is to administer the New York State and Local Retirement System of over one million public employees and 3,000 employers. This includes acting as a sole trustee of the $184.4 billion New York State Common Retirement Fund, which is one of the largest institutional investors in the world. The New York Comptroller’s office, through the Common Retirement Fund, invested $50 million in Cerberus and Cerberus continues to operate that fund.

“It is therefore appropriate, amidst the widespread public concerns in relation to Cerberus’s purchase of the northern loan book of NAMA lat year and how it is currently operating that loan book in Ireland, that the Comptroller’s office is fully briefed on the situation.

“Cerberus is involved in the fire-sale of assets, asset-stripping, facility closures and the loss of jobs, and all of this is seriously impacting on the local economy. The very serious allegation surrounding the sales process of the northern loan book by NAMA to Cerberus and allegations of political corruption and possible illegal activity are also matters we have brought to the Comptroller’s attention.

“Comptroller DiNapoli has for many years been a strong advocate of the peace process in Ireland and has promoted trade, investment in jobs and the economy. The fact that these [NAMA/Cerberus] matters are under both criminal and parliamentary investigation by the Assembly, the British National Crime Agency and the US Department of Justice, the FBI, the US Securities and Exchange Commission and the Law Society in the north of Ireland is evidence of the validity and importance of these concerns.”