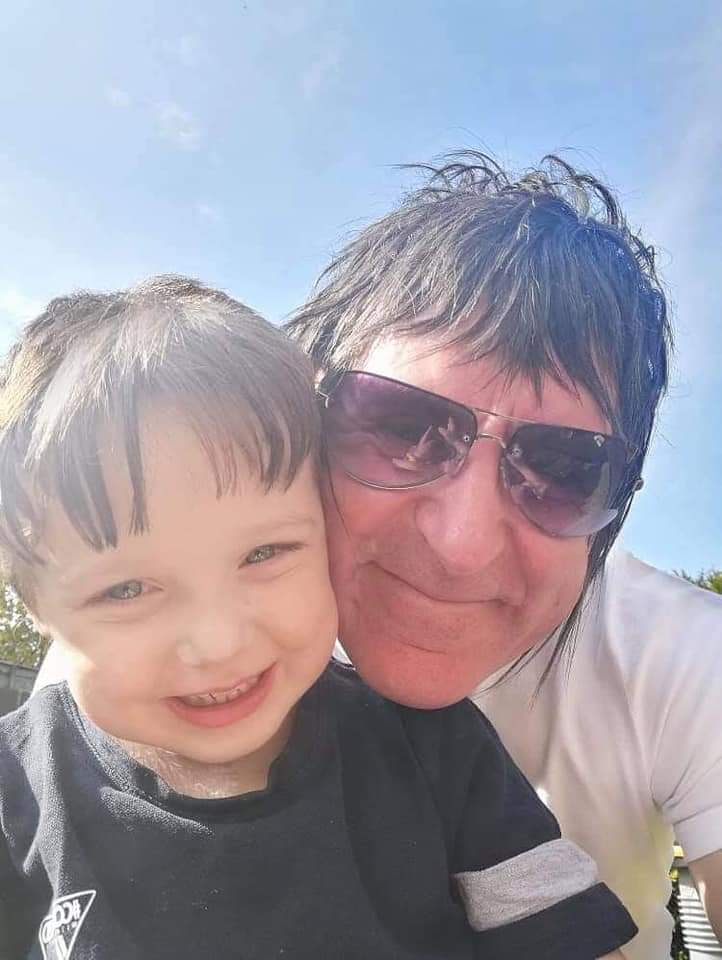 A FOUR-YEAR-OLD West Belfast boy successfully underwent a life-changing kidney transplant this week – thanks to an organ donation from his hero grandad.

Alfie Kelly, who was born with chronic kidney disease, went into surgery at the RVH on Tuesday following a vital  kidney donation from his grandad, Sean Barr (49).

Born on September 9, 2016, Alfie stopped breathing just a week after his birth. After receiving CPR from his grandmother, Maria Barr, he was rushed to hospital where it was later discovered that his body was poisoning itself due to Stage 5 chronic kidney disease.

As well as receiving food and medicines through a tube, Alfie had to undergo dialysis three times a week as he awaited an organ donor match.

Speaking to the Andersonstown News as Alfie prepared for surgery, his aunt Lucy Barr explained: “The doctors had to keep him on dialysis until Alfie grew enough to be able to get a transplant.

“His granda got tested over the last year and he ended up being a perfect match and was over the moon he would be the one to give him a kidney.

The bond these two have is like no others, they are very close.”

She continued: “Alfie had just turned four last month and everyone can't wait until this is over and he can start living a normal life, going to school, swimmers, can play with other kids more often without the fear of one of his tubes being pulled.

“He has also been restricted from eating certain foods and he’s only allowed a certain amount of water per day, so once this is over he’ll be able to eat and drink a lot more.”

Alfie’s hero grandad had his kidney removed at Belfast’s City Hospital on Tuesday morning in preparation for the transplant at the RVH.

On Wednesday, the doctors confirmed that the surgery was a success.

After a rough few years, Lucy said Alfie’s mum Hollie is “looking forward to having a normal life and some freedom for Alfie.”