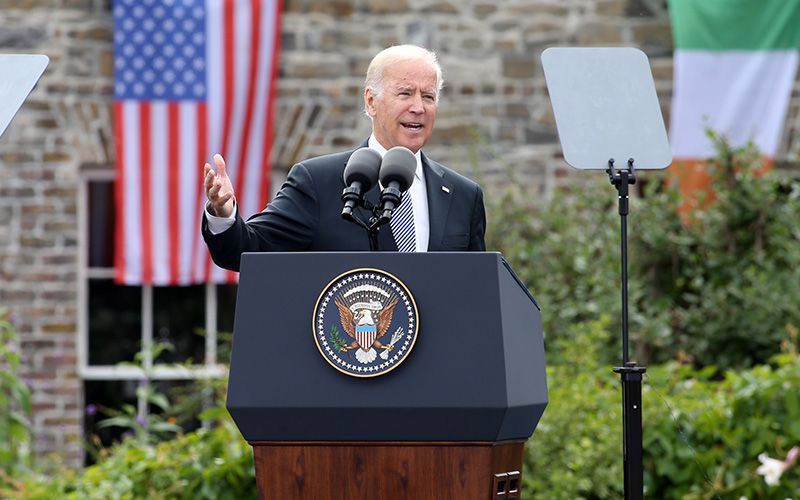 This US Presidential election race is its final stretch. It’s probably one of the most watched and bitter in modern American history. In recent weeks the electoral battle between President Trump and Vice President Biden has taken many twists and turns as each appeal to voters for support. In particular, how Trump and Biden are addressing the Coronavirus pandemic is probably the single biggest issue dominating the news agenda.

It is also important to remember that this election is about more than who will be President. Every Congressional seat is also up for re-election and a third of the seats in the Senate.

Irish America is a huge constituency within the US. Around 40 million claim Irish roots. Where once it voted predominantly Democratic the voting pattern reflects wider US society. Consequently, the Irish American vote is important in this election.

Many within that constituency continue to be keenly interested in the Irish peace process and the Good Friday Agreement. Many too are very conscious and concerned by the threat to the Agreement posed by the British government’s Brexit strategy. US political leaders in the Congress and Senate have consistently expressed their support for both. House Speaker Nancy Pelosi has been especially vocal in making clear her view that any threat to the Good Friday Agreement will rule out any post Brexit trade deal between the USA and Britain.

The importance of the Irish American lobby is evident in the priority each give to Ireland.

As in previous elections both Presidential candidates have set out their platforms on Ireland and our peace agreements. Joe Biden has frequently talked about his pride in his family’s Irish roots and his support in the Congress for the peace process. In a statement last week the Biden/Harris campaign set as their number one objective “active US diplomatic engagement to advance “ the peace process and “will ensure that there will be no US-UK trade deal if the implementation of Brexit imperils the Good Friday Agreement.” Biden also addressed the issue of the undocumented saying he will “prioritise legislation to create a roadmap to citizenship” for the undocumented.”

The Trump camp through its special envoy to Ireland, Mick Mulvaney, has also set out its support for the peace process, the Good Friday Agreement and opposition to the return of a hard border on the island of Ireland. Mulvaney visited Ireland last month and met political leaders, including Sinn Féin President Mary Lou McDonald. He said: “We’re here to protect, defend that Good Friday Agreement that was so hard fought and won.”

The role of the international community in supporting peace in Ireland was long recognised by Sinn Féin as crucial to making progress. We made it a central plank of our peace strategy in the 1990s and strategically engaged with Irish America. That approach saw Irish America rise to the challenge and play a pivotal role in encouraging Congressional and Senate representatives and the Clinton White House to engage in the peace process. Since the Good Friday Agreement was achieved in 1998 every US administration has supported the Agreement.

In the demanding times ahead, as the British Government pursues a Brexit strategy that threatens the peace process, American support for the Good Friday Agreement is more important than ever.

I would appeal to Irish America to use this Presidential election as an opportunity to raise the issue of Ireland with their Congressional and Senate candidates, as well as with their Presidential candidates; to seek their public support for the Good Friday Agreement; and to encourage them to back a referendum on Irish Unity.

This is one of the most recognisable Irish Republican slogans of the last 100 years of struggle. It has been frequently published in leaflets, painted on walls and quoted in speeches, especially during the 1981 H-Block hunger strike.

The quote is taken from Terence MacSwiney’s ‘Principles of Freedom’ a collection of his writings that was published after his death. In his prison diary Bobby Sands references Terence MacSwiney as an inspiration: “Thomas Clarke is in my thoughts, and MacSwiney, Stagg, Gaughan, Thomas Ashe, McCaughey.”

MacSwiney, was the second Lord Mayor of Cork to die in 1920. In March of that year he gave the oration at the graveside of his predecessor Tomás MacCurtain who was shot dead in his home by members of the Royal Irish Constabulary (RIC). Like MacCurtain, Terence MacSwiney was pledged to the principles of the Republic declared at Easter 1916. He was a poet, a playwright, a gaeilgeoir, and a teacher. Like all of the Sinn Féin MPs elected in the December 1918 election he refused to take his seat and gave his allegiance to the First Dáil.

His hunger strike attracted huge international interest and support. The London based Observer recorded at the time that; “The majority of public opinion and of the press in Great Britain is unquestionably for the Lord Mayor’s release.” There were marches and meetings calling for his release. Lloyd George, the British Prime Minister refused to move.

On hearing of MacSwiney’s death a young Vietnamese man, Nguyen Tat Thanhn, who was working in the kitchen of a central London hotel, burst into tears. He said; “a country with a citizen like this will never surrender”. When he returned to Vietnam Thanhn changed his name. As Ho Chi Minh he lead the fight against Japanese and French occupation and later the war with the USA. Another international figure inspired by MacSwiney was Mahatma Ghandi.

On Oct 23rd, Day 72, Muriel MacSwiney was only allowed 30 minutes with her husband. At one point, she leaned over to kiss him and thought she saw a little smile break across his face. She liked to think that’s what it was because that was the last time she ever saw him alive.


Gove and the threat he poses to the GFA

The British government states that its Brexit negotiations are about defending the Good Friday Agreement. As this column has frequently said how much confidence should we put in this claim? None dear readers. None whatsoever. Diddley squat.

Michael Gove is one of the British government’s key negotiators in the Brexit negotiations. Last week and again at the weekend Gove and other British Ministers were spinning that there was little prospect of a trade deal between Britain and the EU. Gove said the EU is "not serious" about agreeing the compromises the Brits are demanding. As time for a deal grows short the Brits are hard balling.

What Gove really thinks about the Good Friday Agreement was spelt out by him in a paper he wrote 20 years ago. In ‘The Price of Peace’ Gove likened the Agreement to the appeasement of the Nazis in the 1930s. He described the GFA as a ‘moral stain’. He wrote: “It is a humiliation of our Army, Police and Parliament. But, worse still, it is a denial of our national integrity, in every sense of the word. Surely, is the Belfast Agreement not the greatest achievement of this Government, but an indelible mark against it?”

In his paper Gove also rails against the human rights provisions of the Good Friday Agreement; criticises rights for the disabled and campaigners fighting against sex discrimination; attacks a human rights culture which allows women to sue for unfair dismissal when pregnant and challenges the creation of “new rights” for trans citizens.
Should we be surprised that a British government ignores the democratic vote of the people of the North to remain in the EU?

In this context there is an onus on the Irish government to stand up to the Johnson government and defend the rights of Irish citizens and the Good Friday Agreement.

Michael Gove is dangerous to Ireland. His book describes the Peace Process as "moral stain".https://t.co/VCK3cGe4dd pic.twitter.com/MYiQ0zxYZd

GERRY ADAMS: This Olympic spirit needs to be spread 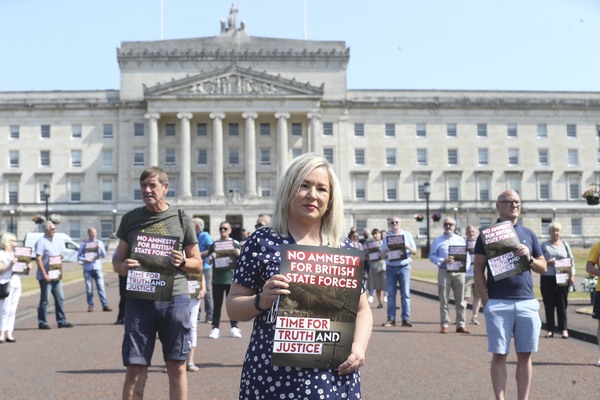 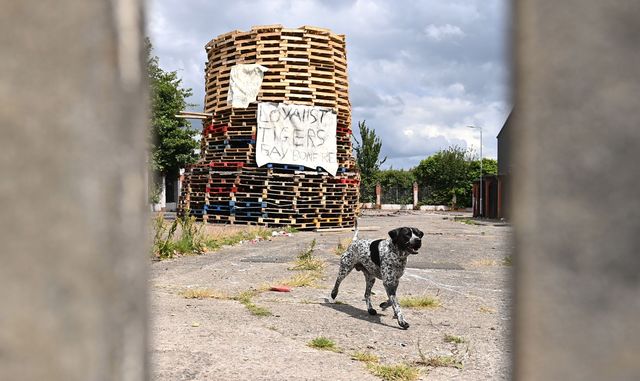