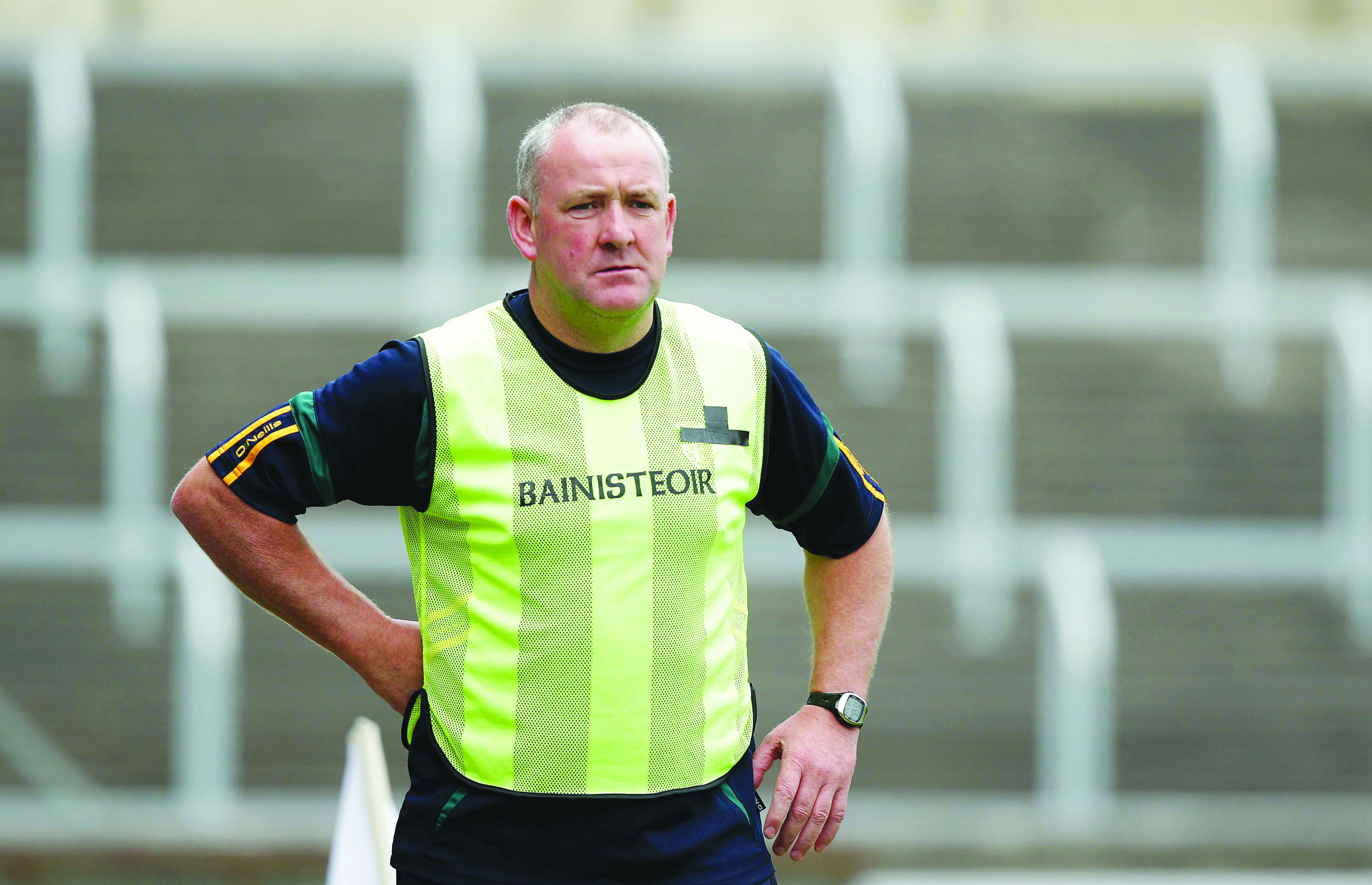 ANTRIM joint-manager Frank Fitzsimons has blasted the latest Championship proposals – accusing the association’s top brass of ‘elitism’. A motion to introduce a Tommy Murphy Cup-style B Championship will go before Congress next month after being recommended by the Central Council earlier this month. If the proposals are passed, the eight teams in Division Four would enter into a B competition, instead of the Qualifiers, once eliminated from their Provincial Championships – unless they reach their respective provincial final. Already the proposals have roundly criticized by various inter-county managers, including Tyrone boss Mickey Harte, and Fitzsimons believes the GAA will struggle to sell the idea to the so-called weaker counties. “I don’t see how it makes sense,” said Fitzsimons. “They reckon we have no chance of beating the six or seven top teams. “But yet, at the start of the year when we are down maybe 10 to 15 players, we are put into the McKenna Cup against some of the best teams in Ireland. “In the summer time when we have all our players available, they don’t want us playing against the best teams. “It just sinks of elitism. “I hope it doesn’t go through. It is does, we would be better off concentrating on the McKenna Cup rather than a B Championship. “I think they (the GAA) need to take notice. None of our players want to go into a ‘B’ competition. “I don’t know how they are going to sell it.” Fitzsimons also believes the main inter-county Championship would lose some of its allure if the Division Four teams are excluded from the Qualifiers. Last summer the Saffrons caused one of the biggest upsets of the Championship by beating Laois in O’Moore Park. “After the top six or seven teams, nobody else has a hope of winning the All-Ireland in the next few years,” remarked Fitzsimons. “Do you make three different levels, senior, intermediate and junior like club football? “You just can’t take the Division Four teams and say, you aren’t in the competition. “The GAA is about challenging yourself against the best teams. It has always been like that. “There has always been better teams at club and county level. You still want to get that big day out in the sun, like against Laois last year. “When will we ever get playing Laois again if we are in Division Four and they are in Division Two?” While Fitzsimons has obvious concerns about a Championship revamp, he doesn’t believe the proposals will have any impact on the race for promotion from Division Four this season. The Saffrons begin their quest for promotion with a tough trip to Dr Cullen Park to face Carlow on Sunday. “It (promotion) has always been our main aim. I think they boys are focused on what we have to do,” said the Lámh Dhearg clubman “What we are trying to do is get out of Division Four. I don’t think it would add any incentive. “There is a good buzz about the place. I am not going to say we are going to do wonderful things but we are all there to try and get out of Division Four. Everybody is out to do the same thing. “The Carlow game is a massive one for us. We just have to be focused – it is Championship football for us every week in Division Four.”