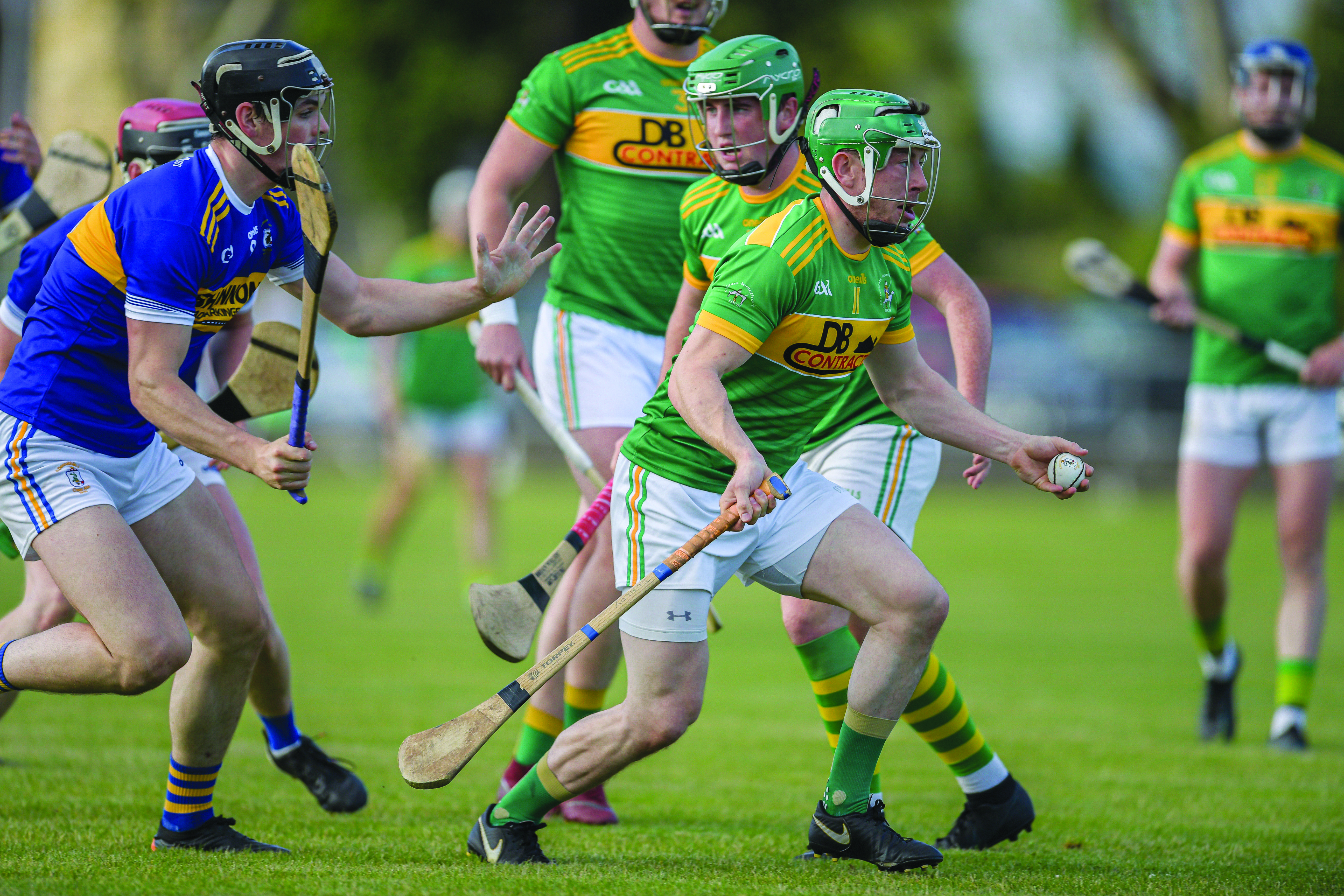 ROSSA will contest Sunday’s Division One League final, despite suffering a 1-23 to 1-20 defeat to Dunloy on Wednesday night.

A goal from wing half-forward Seaan Elliott was enough to separate the sides at the end of an entertaining contest at Pearse Park, but Cushendall’s win over Portaferry was enough to see them set up a clash with Rossa on Sunday.

Antrim ace Keelan Molloy opened the scoring for Dunloy before Rossa hit back with points from Deaglan Murphy, Tiernan Murphy and Dominic McEnhill scoring to give them a two-point early on.

Conal Cunning and Adrian Kennelly traded points before Eoin O’Neill reduced the gap to the minimum for Dunloy.

Dara Rocks responded at the other end for Rossa, but could have plundered the game’s opening goal, but his shot flew over the crossbar while McEnhill added another to move Rossa three ahead after seven minutes.

Paul Shiels found his range with a lovely point from distance, but Rossa were in control of proceedings before the first water break with a hat-trick of points from Gerard Walsh and another from McEnhill.

Molloy and Deaglan Murphy exchanged points as Rossa led 0-11 to 0-5 at the first water break while Murphy converted a free on the restart to extend the lead to seven.
The hosts upped the ante to reduce the deficit back to just two points at the half-time interval.

Three points in quick succession from Molloy, Cunning and midfielder Liam McCann got Dunloy back on track.

McEnhill added to his tally, but Dunloy were on the front foot and further points from Cunning and Keelan and Kevin Molloy left Rossa’s lead at 0-13 to 0-11.
With Daire Murphy and Cunning hitting points at either end, Rossa lead 0-14 to 0-12 at the break.

Daire Murphy opened Rossa’s account in the second half before Cunning slotted over a free, which was matched by Deaglan Murphy at the other end to restore a three-point lead for the West Belfast side.

That lead was soon overturned as Dunloy cut loose in attack with fine points from Anton McGrath, Keelan Molloy (two) and Cunning as the host claimed a narrow advantage.
Christopher McGuinness landed his first point of the game to level the contest before Deaglan Murphy nudged his side ahead once more.

A fine save from Conal Walsh to deny Eoin O’Neill prior to the second water break came at a cost as the Rossa goalkeeper had to be replaced with Nicky McKeague converting the rebounded effort for a point which brought the sides level at 0-18 each.

Keelan Molloy briefly gave Dunloy the lead again, but Rossa struck for the game’s opening goal when Deaglan Murphy saw his goal-bound shot saved by Ryan Elliott, but Daire Murphy was on hand to pounce on the rebound.

Tiaran Murphy then extended Rossa’s lead to three at a crucial time in the game.
However, the county champions finished on top with some brilliant scores.

Keelan Molloy, Seaan Elliott and Cunning landed three consecutive score to level the game, before Dunloy finally found the back of the Rossa net.

Elliott showed all his pace and guile to cut past two defenders before firing into the net.
Cunning and McEnhill landed the last two points for their respective sides as Dunloy ended their League campaign with a hard-fought win, but it is Rossa who progress to take on Cushendall in Sunday’s Division One final at Ballycastle (throw-in 1pm).