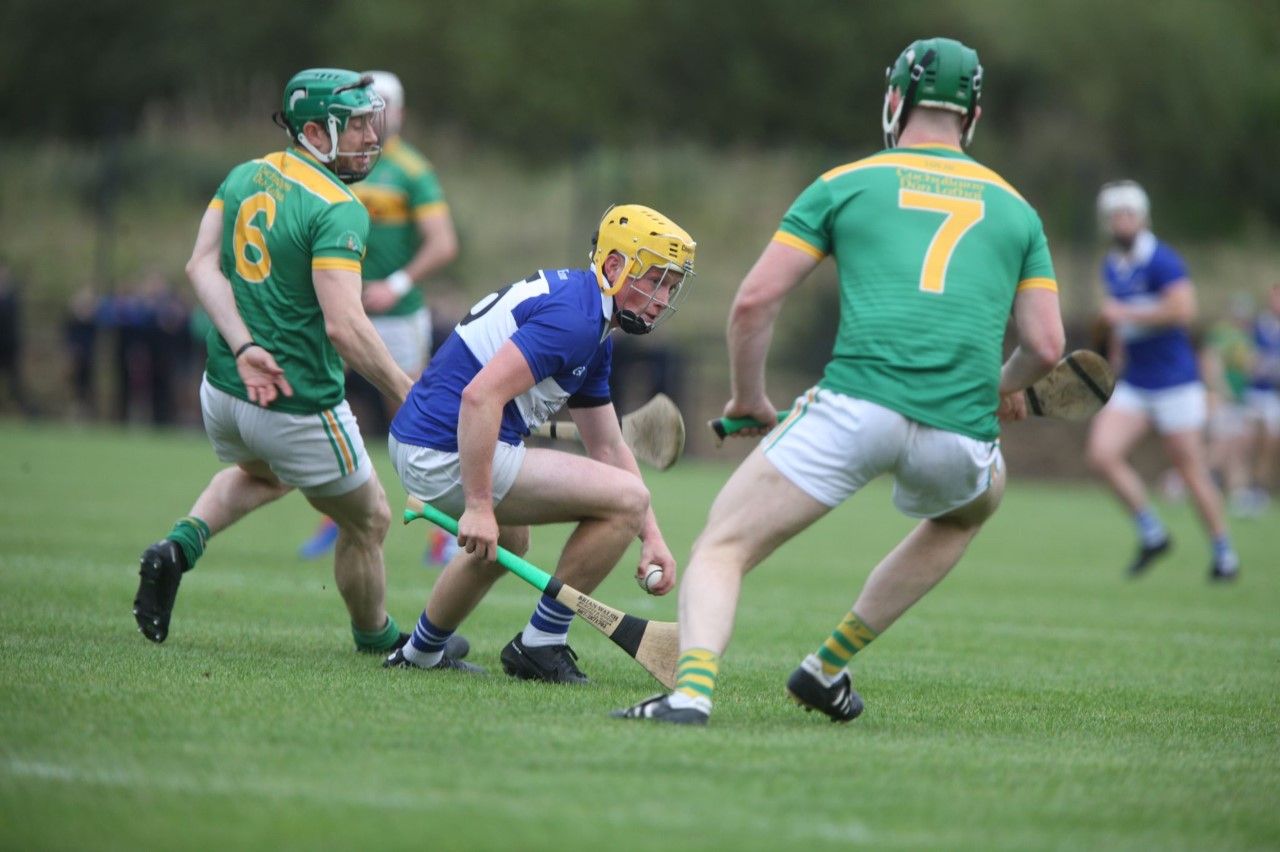 AS far as performances go, they don't get more emphatic than what Dunloy delivered as they crushed  St John's in Sunday's Antrim Senior Hurling Championship semi-final at Dunsilly.

This was a game that was over as a contest by half-time as the county champions found their mojo midway through the opening period and blitzed the Johnnies whose day completely unravelled with Miceál Dudley sent-off for allegedly striking out at Paul Shiels on 29 minutes.

Had they retained their full complement, it was still hugely improbable they would have found a way back into this game as they had conceded 2-8 without reply in a 15-minute spell.

Dunloy were simply awesome in the second quarter with their movement, sharpness and touch a joy to watch and they were clinical too, in contrast to the city side whose 10 first-half wides seemed to drain the life out of them after making a decent start.

The only blight on the day for Dunloy was losing Deaglan Smyth to an ankle injury towards the end of the opening half, the extent unknown but bad enough to be carried from the field at the final whistle.

Yet the depth of talent that Gregory O'Kane has at his disposal is almost frightening and that competition for places seems to drive those on the field to great heights.

On Sunday, Conal Cunning was the star of the show when this game was a contest as he hit 2-7 and was also the greater for Keelan Molloy's second-half major.

Molloy and Nigel Elliott both shot 1-3, Paul Shiels doing what Paul Shiels does and their defence was watertight once they settled to the task.

The @Bathshack Man of the match for the second semi-final is Conal Cunning 👌🏻 pic.twitter.com/ZNQp8pTArf

"Semi-finals are there to go and win," said O'Kane after as he can look forward to a final with Cushendall.

"The first 10 minutes we looked rusty, but we are four weeks out since our qualifying game against Rossa so it took us a while to get up to the speed of the game and all we are trying to do is improve every day.

"In fairness to St John's, they had the man sent off and that allowed us to have the extra man. We've a super panel here and the hardest thing to do is pick 15, so it was good we got to give others game time.

"Cushendall is a good size and pound-for-pound they have been the form team all year from the league into the championship. Our league form was patchy so Cushendall is the form team, came through every game with flying colours and it will be anybody's game in the final."

St John's had come top short at the semi-final stage for the past four years and if they were to get over that hump, they knew they would need as close to a flawless performance as possible giving the opposition and for the first 15 minutes they did a lot right, but the lack of an end product was glaring.

Oisin MacManus pointed when into an early lead from a free and then again after Shiels responded.

In an even opening phase, Cunning tapped over a free before St John's did well to turn over Keelan Molloy, broke upfield with MacManus played a beautiful reverse pass to Shea Shannon to point.

If the challenge was laid down, Dunloy responded in emphatic fashion as Nigel Elliott broke clear, fed Cunning who buried to the net.

MacManus replied with a free as the wides were now beginning to stack up for St John's and one from Dudley came after a point was initially given to level, this miss perhaps a psychological blow as they completely fell apart for the remainder of the half.

Cunning and Molloy pointed before Simon Doherty saved from Molloy at point-blank range, but after he and Deaglan Smyth floated over, the Johnnies' net minder had zero chance as Nigel Elliott burst in on the left and fired high to the net on 22 minutes.

Goal number three was as many minutes away as Cunning played a one-two with Ronan Molloy, racing through to apply an unstoppable finish.

Elliott, Cunning and Molloy clipped over some fine scores with Dudley getting his marching orders in the interim for that off-the-ball tangle with Shiels as suddenly from a fairly decent position on 15 minutes, they were completely gone by the time MacManus ended a barren 25 minutes from a free with Cunning having the final say of the half as Dunloy were out of sight, leading 3-11 to 0-5.

If St John's had any notions of getting back into the game, they were wiped out as Dunloy hit the ground running in the second period with Seaan Elliott checking in with a point before goal number for on 33 minutes. This time 'Coby' was the provider as he gained possession from a long ball in the right corner, popped to the on-rushing Keelan Molloy who this time buried his chance.

St John's did get a goal of their own three minutes later as Padraig Nugent's 20-metre free was half-stoped on the line, but the ball squirmed home.

But this was already looking like a consolation as the scores continued to flow through Cunning and Ryan McGarry with Seaan Elliott off-target from a goalscoring chance.

The game was now losing its intensity as Dunloy could run the bench and see it out.
Cunning, Shiels, Eamon Smyth and substitute Chrissy McMahon all found their range before the fifth goal on 56 minutes as Eoin McFerran put Ronan Molloy in to rattle the net.

The Johnnies were just looking to put a bit of respectability on the board with Ciaran Johnston knocking over a pair of scores along with Ruairi Galbraith, Aaron Bradley and MacManus, but their challenge had long since dwindled as their wait for a county final appearance goes on, in contrast to Dunloy whose four-in-a-row bid is firmly on track.

"You can't give away mistakes to these players as they will punish you," said a hugely disappointed Johnnies manager Brian McFall.

"They got opportunities, got goals and our heads dropped. When they got the first goal, our heads dropped and we never recovered from that. It's a mentality thing with us that when a team does that against us we down tools and it happened there today.

"To be quite honest, it was an embarrassment and there's no other way I can describe it. I've had many low days in the county but never a low day like that playing for St John's or being involved with St John's. It's really hard to take.

"When you are beat, you're beat, but when you don't give anything and there is no fight, I'm more disappointed in that and for our people to come up here and pay money for that - it wasn't good enough.