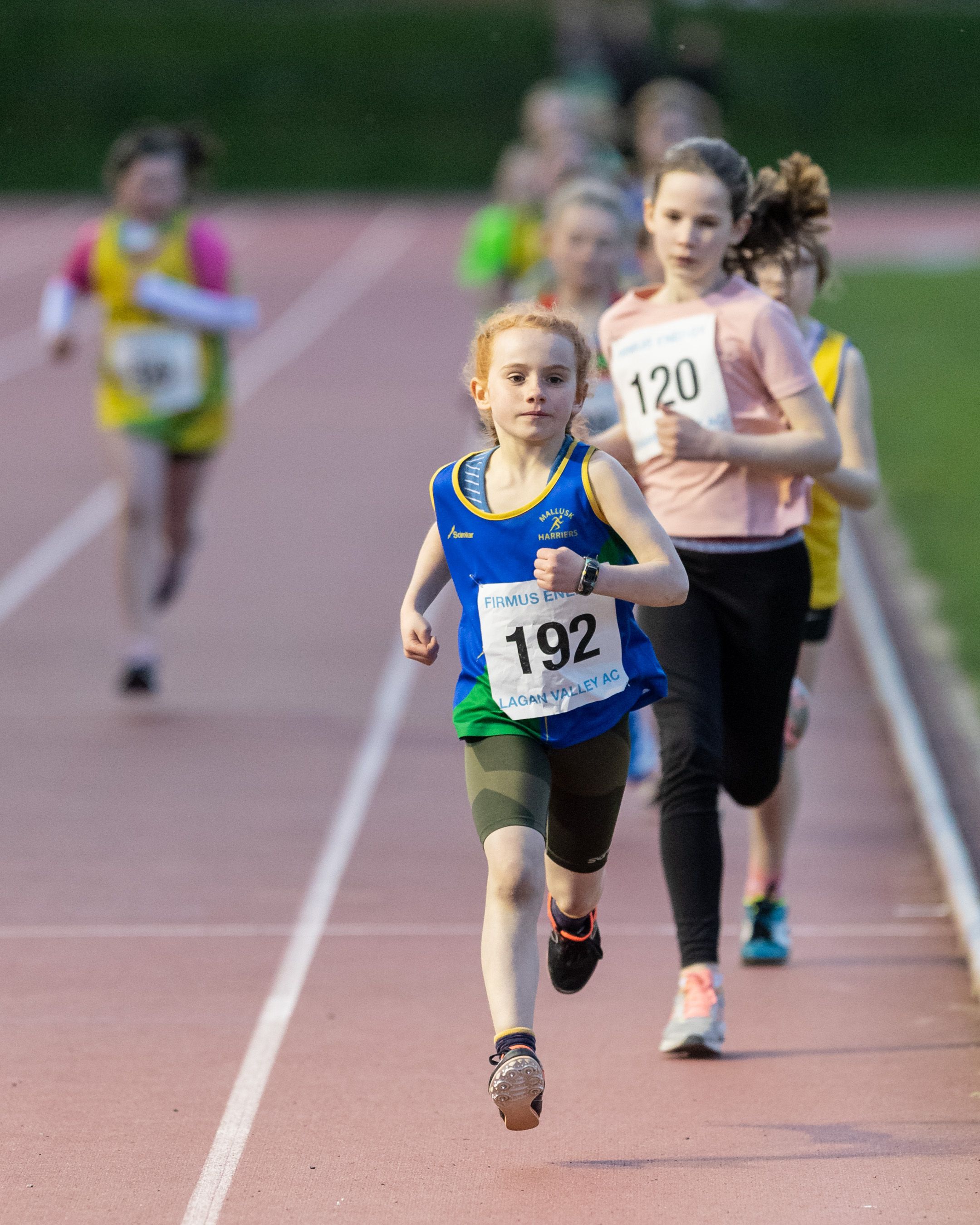 Eloise McAuley races to the line

Eloise was followed in the 600m by Rose Henderson (Lisburn Athletics Club) who took second place and Lara Cheatley (North Down) who finished in third. In the Javelin she pipped competitors Erin Finlay and Rose Henderson to the post, with both athletes finishing second and third respectively.

The series, organised by Lagan Valley Athletics Club, which lists Olympian Ciara Mageean and Paralympian gold medallist Michael McKillop among their alumni returned for its 30th year and will run from April through to September.

“The record number of both participants and spectators at the first event in this series demonstrates just how popular it is amongst aspiring athletes,” said Ciara Magill, firmus energy, who attended the opening event.

“This series is a key event in the sporting calendar for many local ambitious athletes who have been impacted by the lack of events due to Covid-19 in the last two years. The return of the Fab Five Series is great to see, not only for our athletes but for those who come along and take part as a hobby or just for fun.”

The highly competitive series welcomed a record 386, which is sponsored by natural gas company, firmus energy, offers disciplines suitable for all abilities and ages.  Athletes took part in a range of track and field events including short and middle-distance running events, the long-jump, and the shot putt.

“We witnessed some great performances from local athletes across a number of track and field disciplines, including a record-breaking performance from Arnor Brynjarson (City of Lisburn AC) who broke the Icelandic Under 15 100 metres record in 11.27 seconds,” added Lagan Valley Athletics Club Chairman, Stephen Edgar.

“The record number of participants sets the tone for the rest of this series and for anyone interested in taking part, whether competitively or just for fun you can register online for the next event. We really couldn’t have asked for a better way to kick-off the series.”

Since its debut in April 1991, the series has provided a platform for many local aspiring athletes who have gone on to represent Northern Ireland, Ireland and Great Britain and NI at international level across a range of disciplines.

Online registration for the next event in the firmus energy Fab 5 Series is now open.  For more information and to register for the event, visit www.athleticsni.org/Fixtures/Firmus-Fab-5-Meets