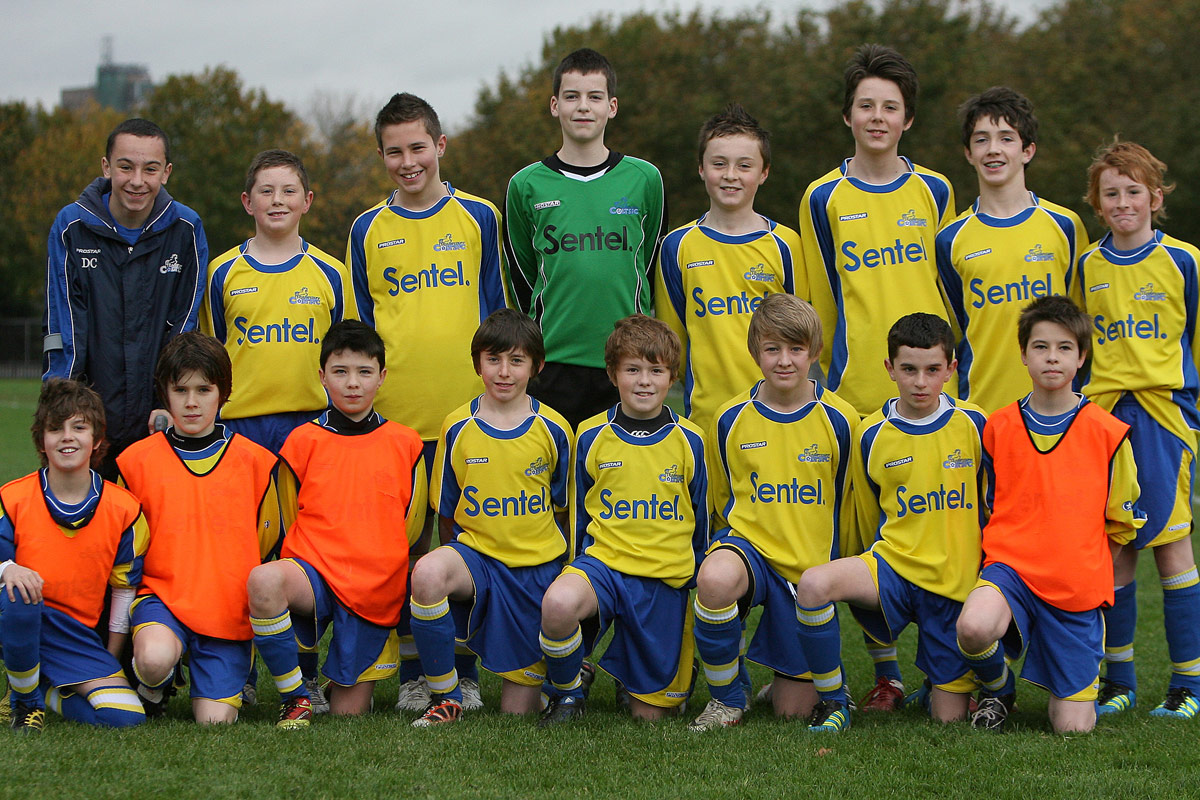 Colts entertained Premier League leaders Ballyvea at Lough Moss in the second round of the Bobby Dalzell Cup.

The game started slowly with both defences on top but soon came to life when Colts should have taken the lead when Doherty chose to pass instead of lobbing the onrushing keeper.

Within five minutes the Colts found themselves a goal down when the Ballyvea forward, who appeared offside, netted easily.

Ballyvea increased their lead when a super passing move found the left winger who crossed for the forward to side foot home. Colts could have reduced the arrears before the break when a Brownlee shot was blocked down and a Doherty effort went narrowly over. Half-time: 0-2.

The Colts began the second half well, competing for every ball and playing some good football at times.

They got the goal that their play deserved when a Croskery run and cross was fumbled by the keeper into the path of Murray who made no mistake.

After Overend made a fine save from the centre forward the resultant corner was not dealt with and was headed home in a crowded area.

Colts continued to press with Henry causing problems up front while a Polley effort was touched over by the keeper.

Ballyvea sealed the win late on when their centre forward rifled a shot to the bottom corner when sent clear.

A disappointing day for the Colts but a good test nevertheless.

Best for the Colts were the back four of Connolly, Croskery, Cassidy and Artherton.

After the disappointing defeat to Holywood last week the Colts came away with a solid victory against an improving Immaculata side.

The back four of Paddy Hynds, Ryan Murtagh, Ronan Lavery and Connor Cunningham all dealt comfortably with the Immaculata front line.

Out wide Connor Maguire and Mark Agnew surged forward at every opportunity while the central midfield partnership of Christopher Campbell and Ben Davis took control.

The breakthrough came after 15 minutes following good work from Connor Maguire, which ended with Ben Davis firing into the top left hand corner.

Immaculata were restricted to long range efforts that Simon Henry dealt with at ease. The Colts increased their lead when Ryan Murtagh was on hand to side foot into an empty net.

The Colts punished Immaculata further just before the break when Mark Agnew had time and space in the box to pick his spot.

In the second half Dylan Strong saw his effort go narrowly wide but Immaculata clawed one back when the Colts failed to clear.

The introduction of Brennan Mulholland up front proved to be an inspired switch as he scored a volley fit to win any match. The fresh legs of Luke Devlin ensured that the Immaculata defence was kept busy and with a bit more luck he would have been on the scoresheet.

With seven minutes to go Immaculata were rewarded for their second half efforts when they scored a penalty.

Carryduff came home with a well-deserved victory in this Ards League clash.

As the game opened up McDaid was unlucky when he was crowded out quickly by the Ballyholme defence.

Carryduff had a close call as Ballyholme’s striker blazed over McCarney’s crossbar following a corner.

Carryduff knew that they needed to step their game up a notch with their best chances coming from full-backs O’Hara and Coburn and wingers McKenna and Galway. HT: 0-0.

With the wind not showing any sign of dying down Montgomery fancied his chances up front and the manager acted upon this by drafting in Hughes to play alongside Anderson at the back.

Wasting no time Carryduff Colts put the pressure on immediately with Johnston and Herron determined to win every ball.

The pressure began to tell as Carryduff largely dominated possession in the Ballyholme half.

Johnston and Herron were nearly rewarded with a goal for their hard work only for them to see shots drift above the bar at the vital moment.

The pressure continued and with the introduction of Winchester, Carryduff seemed to regain their strength.

McDaid’s dangerous free-kick caused problems but frustratingly they could not break the deadlock.

With the game well into the second half Montgomery settled Carryduff’s anxiety with a powerful shot into the net.

Determined to hold on to the lead Carryduff pressed Ballyholme in their own half.

A period of Ballyholme pressure was dealt with comfortably by Carryduff’s defence. The game, however, began to turn back in Carryduff’s favour as the earlier introduction of Locke provided inspiration on the left side.

Bryans showed a touch of class when he turned his marker before calmly knocking the ball past the keeper who had little chance.

The introduction of Lyons and Lindsay for Carryduff helped them seal the win as their fresh legs ensured that Ballyholme would not have any time on the ball.

As the final whistle blew Carryduff’s players and supporters were delighted to get the first three points of the season.