Behind the castle walls with the new South Antrim MP 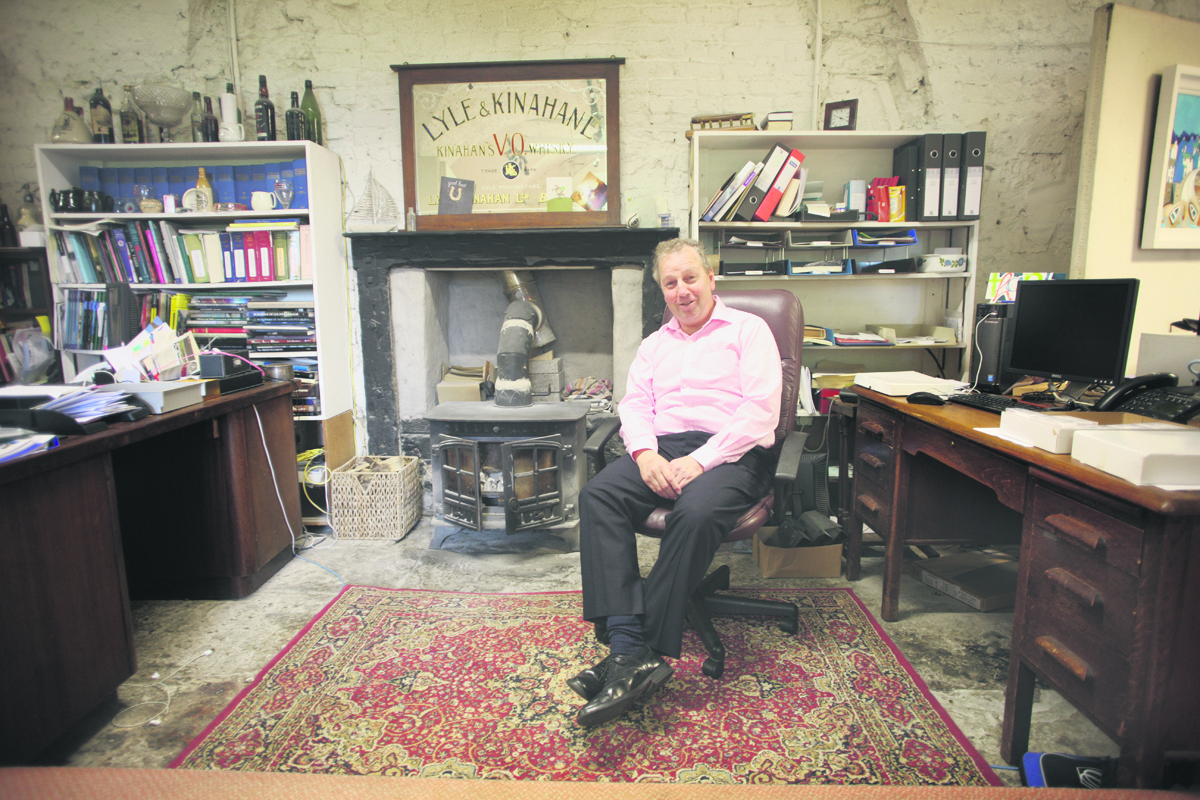 Any interview or profile of the South Antrim Ulster Unionist MP Danny Kinahan normally starts in one of two ways. Some journalists are captivated that he lives in a 400 year old castle in Templepatrick, with others impressed by the fact he is a relative of world famous singer and fellow Irish castle dweller Chris de Burgh.

Both facts are noteworthy in themselves but Danny’s peculiar route to becoming an MP has many more fascinating twists and turns.

We meet in the kitchen of said castle on a Monday morning, an hour before he s due to drive the five or so miles to Aldergrove for a flight to London and the beginning of four days in the House of Commons.

Taking the South Antrim seat from Willie McCrea two months ago was a huge coup for the Ulster Unionists, and a setback for the DUP that probably didn’t receive the coverage it deserved having been overshadowed by events elsewhere.

In an election of surprises, there was at least one person who was convinced he had a chance of unseating the high profile DUP reverend when the candidates were announced.

“The reason I knew I had a chance was I have been here six years in the Assembly and been put to the front. Tom (Elliott) gave me environment, and then I was moved to education. I was also economy spokesman. That meant I was here on the ground on radio, on television - working with all the schools and businesses so I had a better image. I was here, he (Willie McCrea) was over there and was also contracted to his church 30 hours a week. Now I’ve got to prove I can do it better.”

How will he do it better? Described by political opponents as being on the liberal wing of the party (he prefers progressive), he has a reputation as a man who can be worked with. This, he says, is how he defines his politics.

“I am someone who works with all sides. I’m not buried in one side, if I can put it that way. I work for absolutely everyone.

“No one is an enemy as far as I’m concerned. I got involved in politics because I wanted to help try and resolve things, whether it’s a little matter of planning or whether it’s a big matter. My whole attitude is to try and go in there to get a resolution. I know what I want – I’m a unionist because I believe in the union, but I’m not just ‘union for one side’. I’m a unionist because I think a working union is much the better place to be.”

His refusal to speak of political enemies could be considered unusual, given his background. While studying business and accounting at a Scottish university he signed up for a British Army scheme that saw him recruited as an officer to the Household Cavalry. After two years he signed on for another five, and would soon find himself posted to West Belfast with the Black Watch regiment in 1983.

“Because of my time at a Scottish university I had a whole group of friends who were in the Scottish Regiments and they asked if I would come and help them because they wanted Northern Irish officers. So I lived in North Howard Street Mill.”

However Kinahan’s links to West Belfast had been forged many years previous to his deployment as a solider however. His father was the owner of the Lyle and Kinahan bottling plant on the Glen Road that was to eventually become the Bass Brewery. The sale of the plant in 1963 had allowed the family to buy Castle Upton, so Danny says his view of the people of the west of the city was never the typical British army one.

“I think I was different because I saw ‘normal’ – and it’s horrible to say that – but normal people when I went out on patrol in Belfast. These were my own countrymen - although they may come from a different angle of it. The training was to treat them all as suspicious so you didn’t lose a soldier to a rifle attack or a bomb (but) I remember going out and thinking, ‘well hold on, these are my people’.”

His personal recollection that the Black Watch had “empathy” with the locals due to their “Scottish” and “Celtic” background may be wholly disputed by those who had encounters with the regiment, but his armed forces service wasn’t enough to protect him from right wing attacks. Photographs issued of him sitting down with two Sinn Féin MLAs were distributed to try and frame him as a soft unionist in the run up to polling day.

Danny Kinahan’s military service would also see him hit the headlines a year ago when the so-called ‘On the Runs’ crisis developed. Donegal man Hugh Downey had been arrested and charged with the Hyde Park bombing of 1981, but was later released when a letter was produced saying that he wasn’t to face any sanction unless new evidence arose. The Hyde Park bombing had claimed the life of Lt Anthony Daly, at whose wedding four weeks previous Danny Kinahan had been best man.

He admits to having been angry at how the issue ended.

“I was vocal about Anthony and losing colleagues and believe that we need to sort it out. I was vocal about Downey, especially when he went back to Donegal and threw a party. That’s just wrong. You don’t celebrate killing somebody.”

But he says ideas are needed on how to deal with the past, and these are already being discussed at Westminster.

“I think we’ve got to get to a level playing field for everybody, and that isn’t just the police and the army and the IRA and terrorists. We’ve got to find a way of putting it all behind us and that is something I want to explore with the Northern Ireland Select Committee which I am now on.

“We can’t just be giving one side letters to get them off, or royal pardons, and still be taking everyone else to court. And yet, we’ve got to allow the justice system to play its part. How do you do all of that together? You’ve got to find a way to give quick justice, or do you give everyone letters? That’s wrong on everyone who has lost loved ones so you’ve got to try and find a way forward.”

Keen to engage on difficult issues, he also says the parading issue has to be resolved via mutual respect. His family has its own past with the Orange Order, although as with most of the MPs stories, it isn’t as you would expect.

“My father (also an MP) was in the Orange Order and left the Orange Order because he’d given his niece away in a chapel which is, I understand, forbidden. That was way back in the ‘70s. He fought his case on the grounds that he was a Christian but then he left the Orange Order after that, and so did a lot of his mates, and I think he was right in both ways. His niece’s father was dying of cancer and couldn’t attend the church so it was right that dad gave her away.”

Between his life in the British Army and his role in politics were years spent in a public relations role in Shorts Bombardier, and as Christie’s Auctions art specialist in Ireland.

After 18 years in antiques, David Trimble phoned him and asked if he would run for council, and his political life began.

So what of this castle? Is he a living breathing member of the aristocracy?

Laughing, he says he struggles with the question.

“That’s for you to answer, but the fact I live in a castle means I am down as being a big house unionist, I’m down as being an aristocrat and a toff. I’ve had a very, very good life, put it that way.”

The “fun” of living in such a home is tempered by the upkeep but he says raising his four children, Eliza, 22, Tara, 20, Hugo, 19 and Mia 17, with his wife Anna in such surroundings has been a joy. “I’d describe it as a lovely problem to have.”

And finally, what of cousin Chris, darling of the 1980’s pop charts?

“Chris is a second cousin, twice removed, and he’s not even a de Burgh - he’s Christopher Davidson.

“My mother and his mother during the war in Yorkshire lived either side of the Yorkshire moors and they’d cycle across and meet once a week. His mother is a de Burgh and my mother was a De Burgh. There was a huge clan of them, but I can’t sing if that’s what you’re asking!

“I know him a bit. When my aunt died he came up and sang at her funeral so I met him as a little boy.

“He wasn’t anybody then other than he played the guitar very well and I remember thinking, ‘I wish I could do that’.”