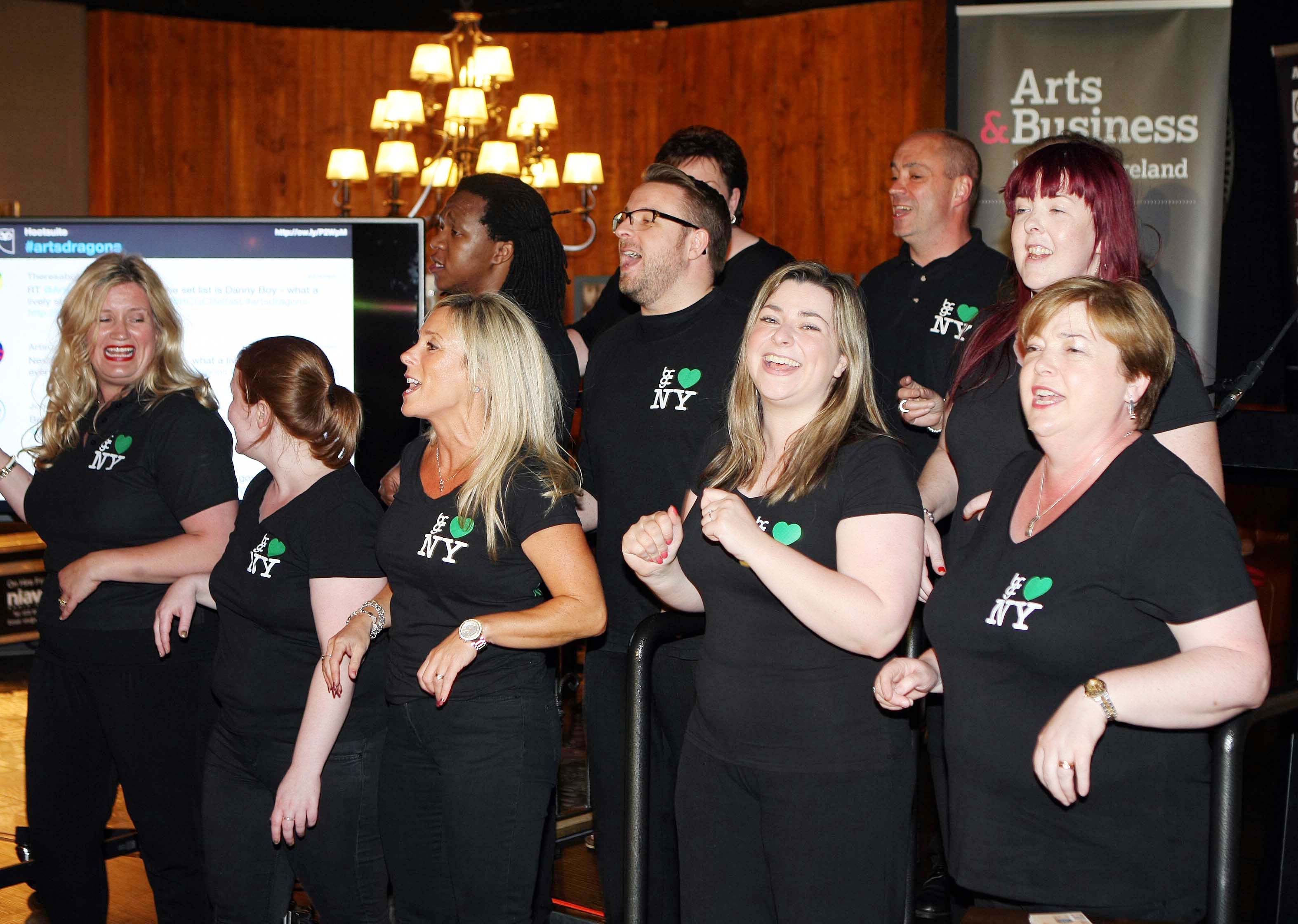 Sister cities Boston and Belfast will be singing from the same hymn sheet this autumn when the Belfast Community Gospel Choir takes its 60-strong troupe Stateside.

The choir was one of our four arts organisations which enjoyed a surprise windfall last week at a unique fundraiser which saw the groups pitch Dragons Den-style to a business audience.

A staggering £26,000 was raised in just two hours at the event hosted by the Stix and Stones Restaurant to mark its first year of business.

"We were all delighted at the success of the event, none more so than the participating arts organisations because they will now be able to carry out creative work that otherwise would not have been possible," said Arts Council CEO Roisin McDonough.

That view was echoed by Mary Nagele of Arts & Business. "We were overwhelmed by the generosity of local businesses that pledged a significant amount of money to the arts organisations," she said.

Belfast Community Gospel Choir founder Marie Lacey last year took the choir to New York where they performed in African-American churches in Harlem, Brooklyn and in Central Park. "We wanted to bring our message of love, joy and tolerance to Boston but that wouldn't have been possible without the additional funds we raised at this event," she said.