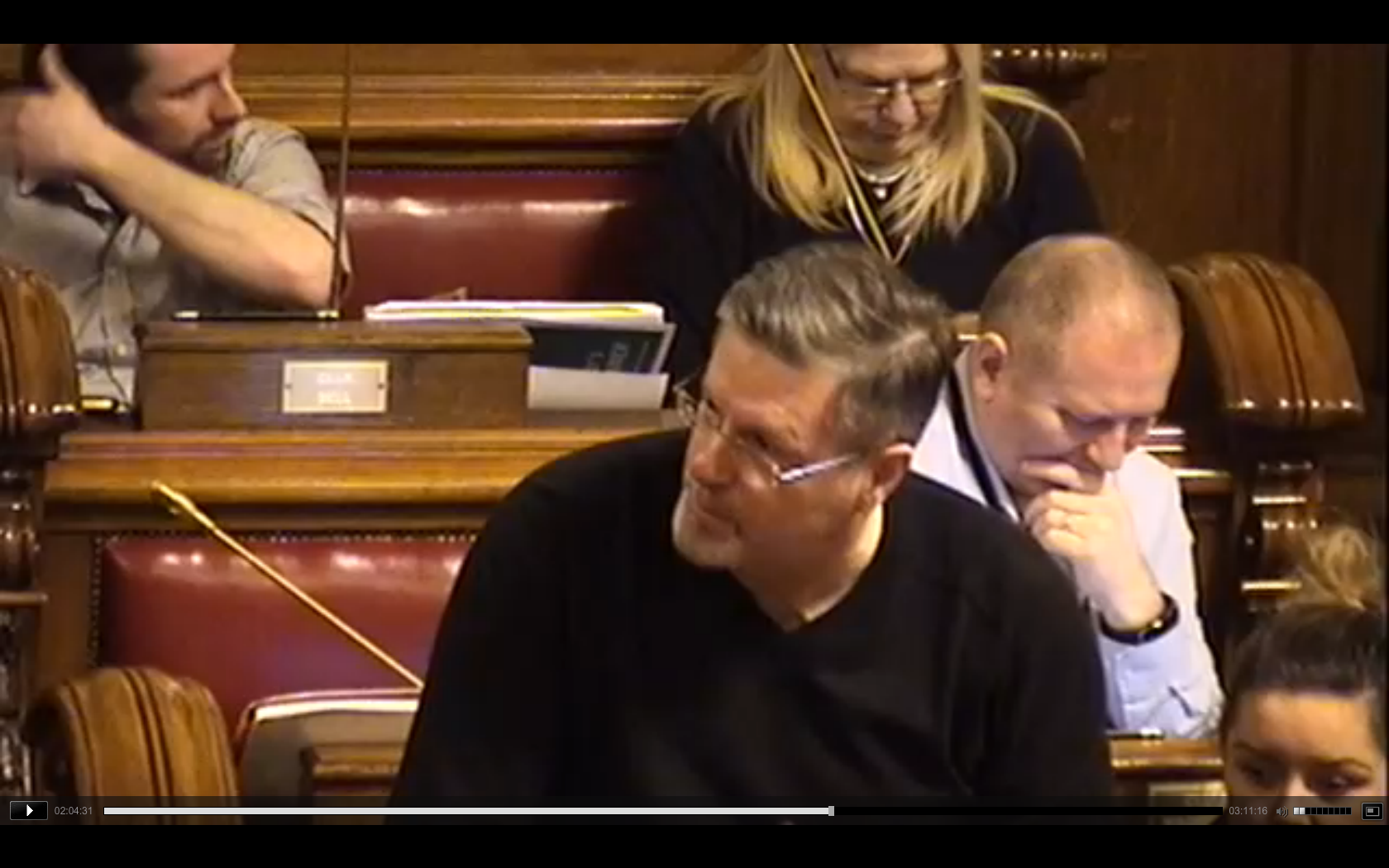 Cllr Jim McVeigh spoke to say Sinn Féin would support the increase, which he described as “modest”

HOUSEHOLD rates in Belfast are set to increase for the first time in four years. Agreed during a heated debate at Belfast City Council’s monthly meeting on Monday night, the hike of 1.48 per cent saw 31 councillors vote in favour, nine against and 16 abstain.

UUP Alderman Jim Rodgers proposed a zero increase for 2016/17, but his proposal was dismissed by Alliance Councillor Michael Long who called it “mumbo Jimbonomics,” and described the proposal as “pathetic” and “financially embarrassing”.

Sinn Féin Council leader Jim McVeigh told the chamber that his party would be supporting the “modest” increase in district rates.

“Let us continue to do the important work we have done to invest in the city,” he said.

A spokesperson for the City Hall said later the Council was “acting responsibly and in the best interests of its ratepayers and for the overall benefit of the city”.

The effect on ratepayers in Belfast on average will be 33p per month for a terraced home, 50p for a three-bedroom semi-detached and £1.12 for a four-bedroom detached property. The business sector will see an increase of £8.67 per month for office and £8.46 for retail.

Had the rise not been agreed it would have left Belfast City Council with an immediate deficit of £2.1 million to pay for cost increases beyond its control, such as changes to National Insurance, the Council spokesperson said.