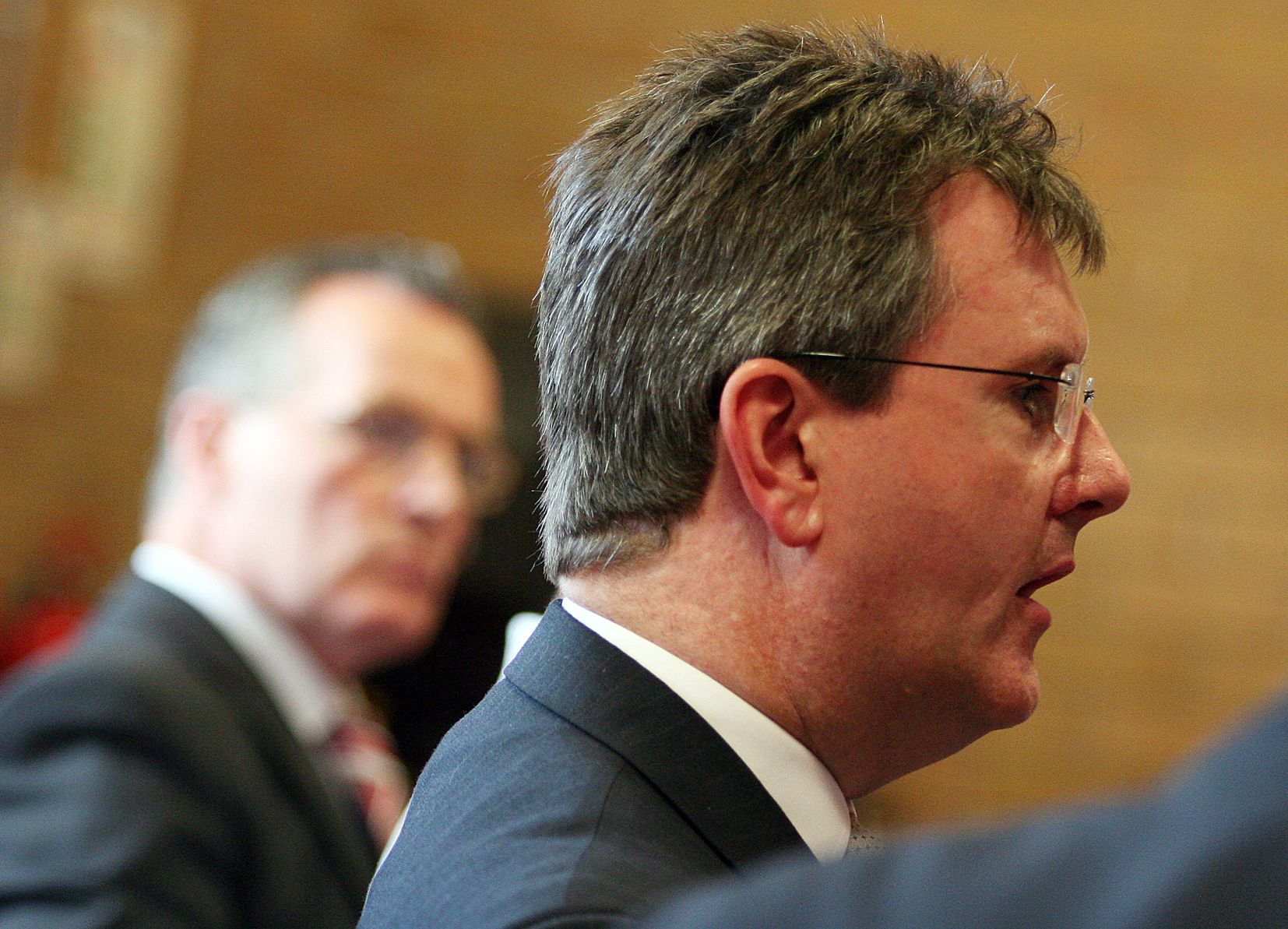 JEFFREY Donaldson says he didn’t do a deal with the British Government allowing him to stand in Lagan Valley in May’s Assembly election. And of course Squinter’s pretty sure that the issue just didn’t arise when the boy Jeffrey met senior Government figures in London just a few days earlier.

He’s on a bit of a cleft stick, is the DUP leader. He’s desperate to become First Minister, which before this deal… sorry, completely spontaneous and out-of-the-blue announcement by the NIO, would have meant him standing down from his seat in the Commons. And that’s something of an appalling vista.

The leader standing down would mean a by-election in Lagan Valley with a much lower-profile DUP figure taking his place. Jeff is what you might call one of the party Big Beasts, despite his diminutive stature, but even so he got the fright of his life in the 2019 election, when his vote plummeted by over 16 per cent, while Alliance ingénue Sorcha Eastwood saw her vote surge by roughly the same amount. And, given the buffeting in the polls Jeff and his party have taken in recent months over a weak-as-water performance on the Protocol, is there anybody who doesn’t think there’s a real danger that Loyal Lisburn could be about to turn green, white and yellow? And if the DUP were to lose a once rock-solid constituency with the new boy at the helm, well… the troops might start to think that the Edwin Poots boy wasn’t such a disaster after all.

And so, by happy coincidence and in the immediate wake of a meeting with the only party in favour of it, the British concocted a plan that would do away with all that potential by-election unpleasantness – for 18 months anyway. Prompting at least one other DUP MP to express an interest in running for Stormont in May with a Westminster parachute strapped to their back.

Given the party’s current crisis of popularity, it looks very much like Lagan Valley in May could be a scene of electoral carnage. The party has only two seats in the constituency these days – one held by the current First Minister, Paul Givan; the other held Jeff’s short-lived predecessor, the aforementioned Edwin Poots – who has caused the rewriting of an old aphorism: the hand that wields the sword shall never wear the crown (for more than a weekend).

If the DUP managed only to replicate its performance in 2017 – and at this point the odds are that it will fare signicantly worse – that means that one of three heavy-hitters will be reading their P45 on the beach in Salou this summer… and it ain’t gonna be the boy Jeff. Paul Givan’s been absent from the Protocol fray for most of the time, safely tucked away in the First Minister’s office, occasionally emerging for a photo with Michelle O’Neill. But DAERA Minister Edwin’s the bloke who has been operating the Irish Sea customs posts, and in Loyal Lisburn a candidate with a CV like that would be better knocking on doors wearing an Antrim top and singing Grace.

How Edwin feels as he ponders the very real prospect of losing his Assembly seat to Jeffrey Donaldson, party leader, MP, MLA, so soon after the same bloke stole the big job from him is anybody’s guess.

TRALEE Fianna Fáil Senator Ned O’Sullivan has been expressing his delight after being appointed by Taoiseach Micheál Martin to the party’s Committee on Northern Ireland and the Good Friday Agreement.

Squinter’s going to be honest here and admit that while Ned may be a political titan in the Ring of Kerry, his is not a name with which Squinter was hitherto familiar. But given his promotion to a political body concerned with matters Northern, inevitably his profile has risen in recent days east of Lifford and north of Newry.

Squinter’s confident that Fianna Fáil, the Republican Party, will robustly carry forth its desire for a united Ireland with Ned confidently  driving the growing clamour for change.

Who could fail to be impressed by his commitment to his party’s core position on the question of unity after an interview he gave to his local newspaper, Kerry’s Eye, where he outlined the passion for a new Ireland that led Micheál to point him in our direction.
“There are one million people in Northern Ireland who don’t share the aspiration of a united Ireland,” he told Aidan O’Connor. “There will never be the 32-county united Ireland that we grew up and dreamed of. It won’t happen in my lifetime or the lifetime of my children. A border poll would be a recipe for disaster.”

Squinter would love to be a fly on the wall the first time that Ned travels to Belfast for talks with the parties here (you are coming, Ned, aren’t you?). He’s liable to find that it’s not just the Shinners who will have a word to say about his position, but the SDLP, a Fianna Fáil sister party, are likely to wonder why he didn’t run it by them first.

The Taoiseach’s recent thoughts on the matter, outlined in an interview with the BBC’s Spotlight programme last year, were that his favoured model would be a united Ireland with the Stormont Executive and Assembly retained within it. Ned’s fully on-board with that party line too.

“We haven’t had a united Ireland for 100 years now and violence didn’t work,” he continued. “Anyone who believes that a border poll with a result of a 50 per cent plus one vote as a solution is living in cloud-cuckoo land. You’d have a million unionists part of a united Ireland. If unionists have proven anything, it’s that they are resilient.”

And Fianna Fáil royalty, is our Ned.

“All belonging to me were republicans. My granduncles were jailed in the War of Independence and the Civil War…”
A source of deep pride, right?
“…But I don’t think those people thought through fully the consequences of a united Ireland in the traditional sense.”
And of course they’re delighted to let Ned do their thinking for them.

In a tweet, she put up a graphic of 25 BBC platforms and services (right), indicating that she only uses seven. “I pay the BBC licence fee and these are the only services I ever use,” she wrote. “Good value for money…?”

Squinter’s not a big fan of the licence fee, but he does appreciate the Beeb’s lack of advertising in a world where it sometimes feels we’re assailed on all sides by people trying to sell us stuff (and, yes, Squinter is aware that there are ads in newspapers too).

But if Julia – whose show can best be described as what you might hear if the editor of the Daily Mail was chatting with Nigel Farage on the sofa at a Downing Street party two bottles of wine in – thinks that availing of seven of the BBC’s offerings is a low uptake, Squinter’s got news for her: he only uses five. And if the BBC could get licence-holders to use seven of its platforms on a regular basis the Director General would be in line for a CBE. No, wait, he’s got one already, but you take the point.

Regardless of how much of the BBC one consumes, the argument she advances is so ineffably thick that it would make your back teeth hurt. Professor Google tells us that there are approximately 800,000 named or numbered roads in Britain, and while Squinter has no idea of how well-acquainted Julia is with the British transport network, he’s going to guess that she hasn’t used most of them.

And it’s to be fervently hoped that Julia has not had occasion in the recent past to call the Fire Brigade, which by her thinking places a question mark over its value for money.

Perhaps if a fire breaks out at her home she’ll get on the phone to her local Fires R Us for a quote and an appointment.


Hop to it, waiter

TO Armagh for a romantic hotel weekend of filling in Covid track and trace forms and producing vaccine passports and photo IDs.

When we weren’t performing our civic duty, we managed to get a bit of eating and drinking in and what you see here is Squinter’s first taste of kangaroo. And, no, it wasn’t bouncin’.

Loin of kangaroo, to be precise, with garlic baby potatoes and winter vegetables. Squinter took it medium, as that’s how he likes his beef, and the kangaroo turned out to be a very similar texture and consistency to beef in the chewing. A wee bit stronger in taste, though, heading towards liver, you might say.

Chatting in the Roddy’s back home, Squinter was sharing his novel culinary experience when one of the company asked if it was fresh or frozen. Now Squinter stands to be corrected here, but he doesn’t think he’s ever come across kangaroos grazing in a Divis Mountain field or being hopped along a country road by a farmer with a stick. Which can only mean it was  frozen – unless the container ship times from Oz to Ireland have improved dramatically in recent years.

The boys’ verdict? “You wallaby gittin’ yer head lukked at.” 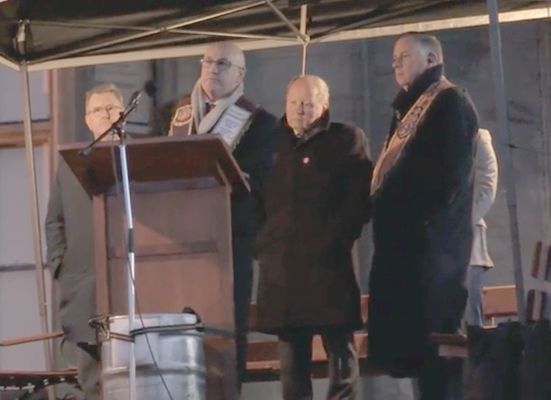 SQUINTER: Jeffrey convinces himself that it wasn't such a bad election after all 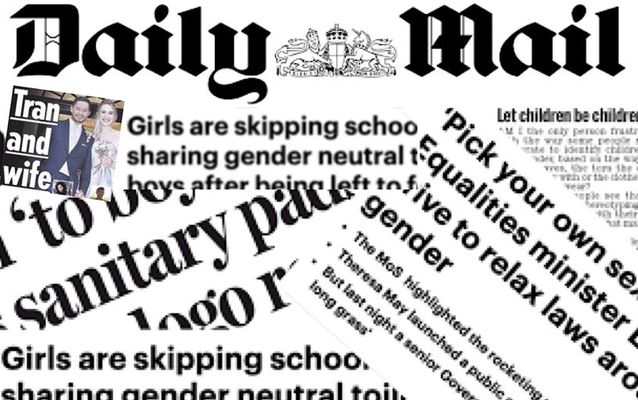 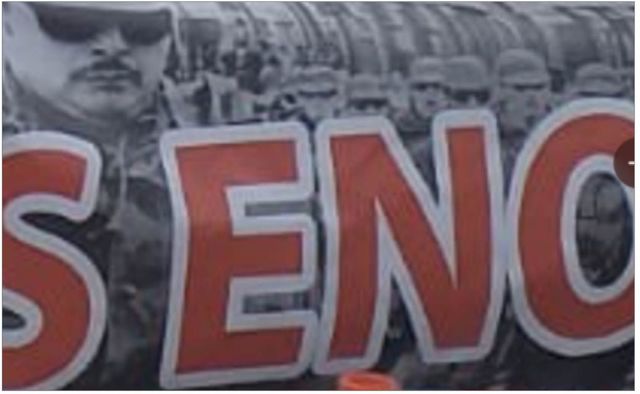 SQUINTER: Latest protocol protests throw a banner in the works