Big-hearted Tommy runs for the nuns 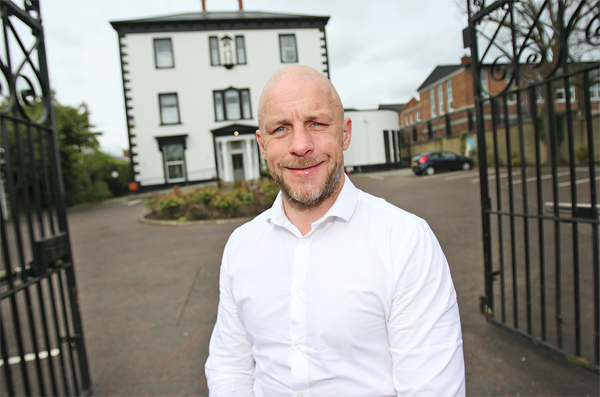 A FORMER West Belfast boxer is preparing to run over 26 miles in aid of a Falls Road convent after raising over £1,500 for the convent last year.

Tommy Tolan will run in the Belfast Marathon in May to raise money for the Sisters of Adoration Convent.

“In light of the great response our fundraising efforts received last year I have decided to run in this year’s bank holiday marathon to raise money and awareness for the fantastic work they do,” explained Tommy.

“I started running marathons a few years ago and it got me thinking about putting it to good use and raising some funds for the local community. Being from the road I see the sisters a lot and I think sometimes all the good work they do can be overlooked.

“This year I have set a target of £500 because that’s what we aimed for last year and that target was blown out of the water at over three times that – hopefully people will be as generous this year,” he laughed.

“The money went towards the convent and helping the sisters carry out their work. They are just so caring and humble, I think they deserve a bit of recognition.

“Me and my friend Connor McManus will be running the marathon on May 7 with a few girls getting involved by taking part in the fun run to raise funds, as well as Steven McCluskey, David Robinson and Gary Bailey.

“I would encourage people up and down the road to give what they can, if they can and help us smash our target once again.”
Sponsorship forms can be collected from the Adoration Chapel on the Falls Road.