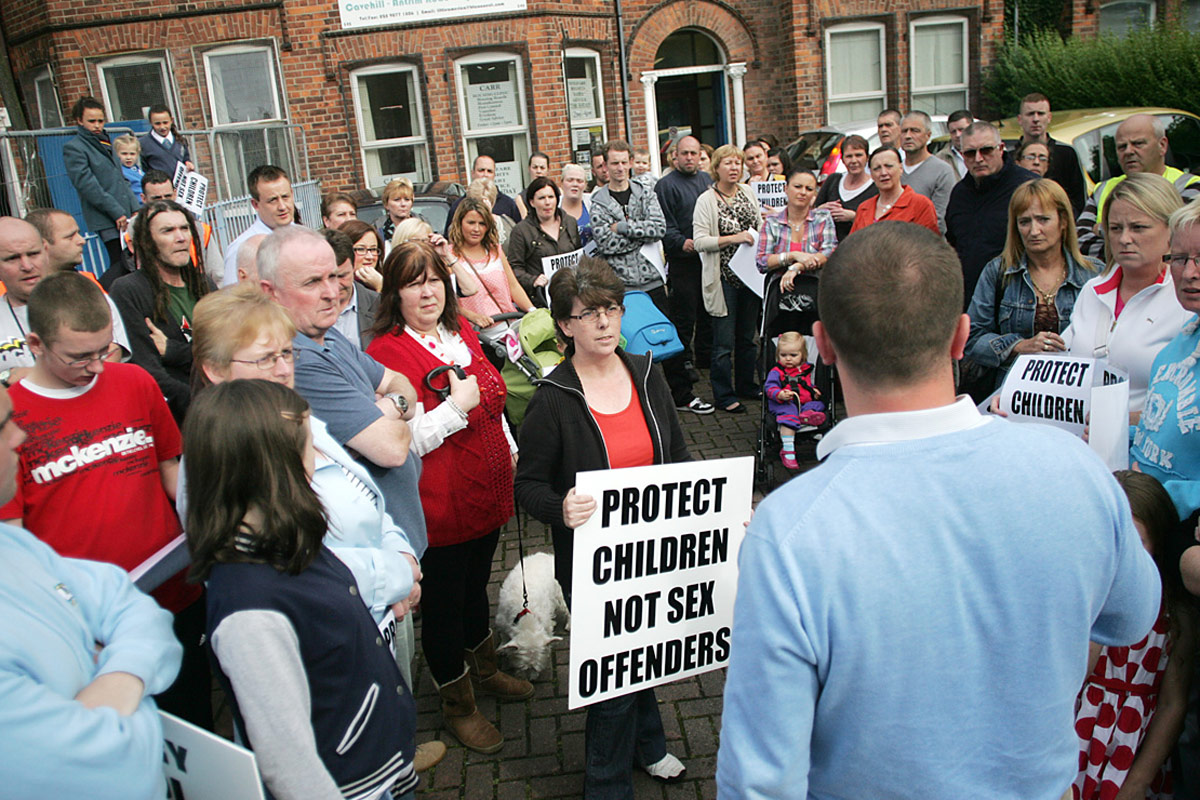 Residents living close to Thompson House on the Antrim Road staged their protest last Thursday afternoon and organisers said they are delighted with the depth of support from the local community. Cavehill and Antrim Road Regeneration (CARR) have been running an ongoing campaign against proposals by Helm Housing to extend Thompson House to create capacity for 19 residents, up four from the current 15.

The hostel was originally privately owned by the Presbyterian Board of Social Witness (PBSW). However, the charity has now brought in Helm Housing to help fund the extension and CARR say because public money is now being used they have a responsibility to listen to local people and a full public consultation is needed. Campaigners have distributed thousands of leaflets detailing why the plans should not be approved and have letters of support from some schools and crèches.

Eddie Cullen from CARR said the turn-out for the picket indicated the depth of feeling in the area.

“The picket stretched the whole way from Kansas Avenue to Salisbury Avenue,” he said. “We are very, very pleased with the turn-out. It shows that CARR has really galvanised the community in opposition to this. It is bringing people out who we might never have come across before but who want to show their opposition to this.

“There were a large number of parents with their children showing just how many kids there are in this area and the danger this hostel poses to then.

“It’s another great step in our campaign.”