WATCH: Orlaith's teaching journey has been challenging and rewarding 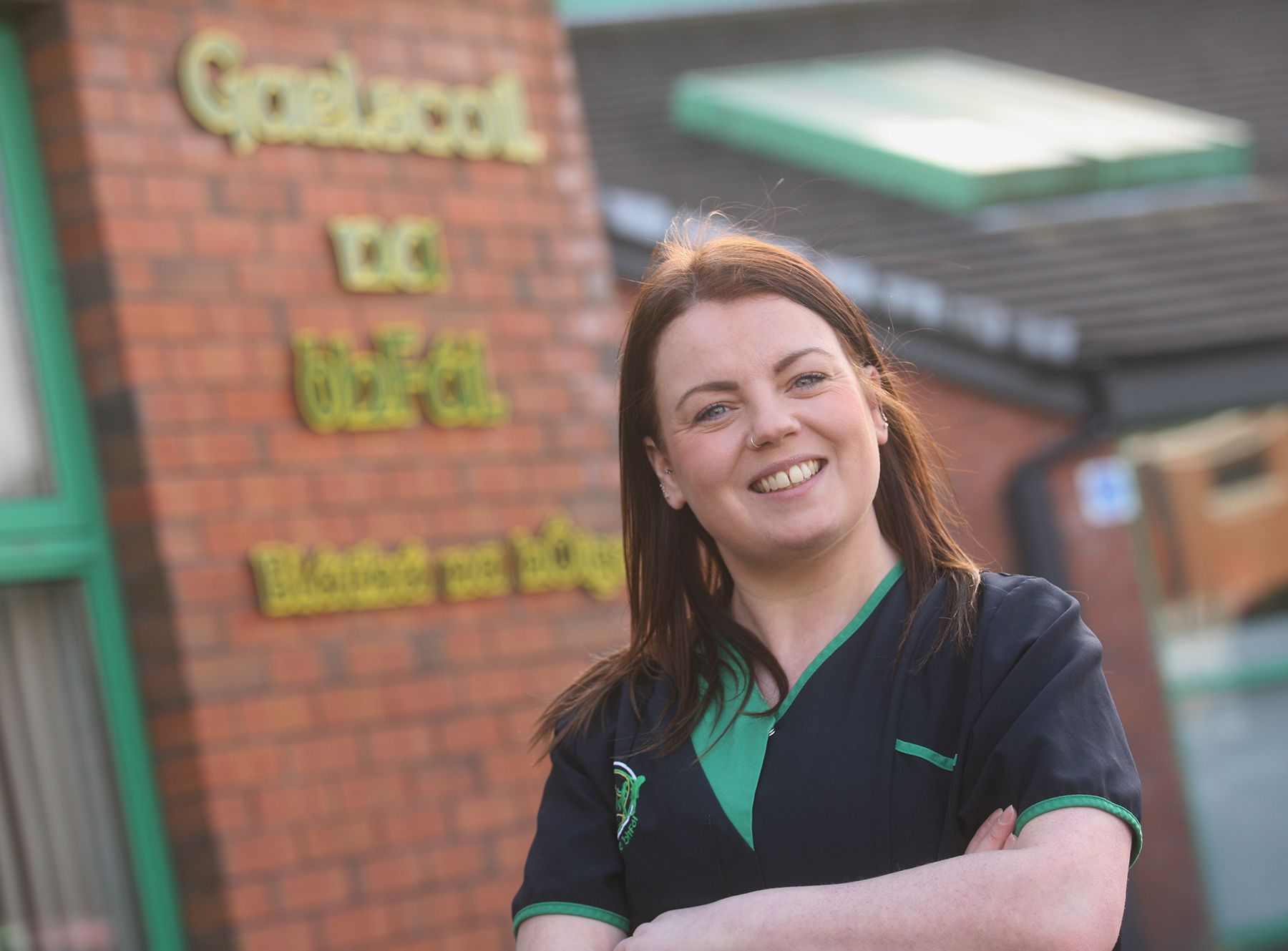 EDUCATION JOURNEY: Orlaith O'Neill has been nominated for a Blackboard Award

ORLAITH O'Neill's teaching journey has been a challenging and, in some ways, unconventional one. But it is that journey, as well as her innate teaching capabilities, that has seen her nominated for this year's Blackboard Awards.

Orlaith first took up a classroom assistant post Gaelscoil na bhFál some ten years ago. It was during that time that she decided she wanted to become a teacher.

While working full-time, she studied part-time for a degree in Irish at Ulster University, all while expecting her second child.

She later went to St Mary's University College where she did her teacher training.

Orlaith is now a Primary 1 teacher at Gaelscoil na bhFál, where she has been teaching for three years.

Speaking to Belfastmedia.com, Orlaith spoke of the "incredible" help and support from both her University lecturers and the school during those early years.

The school is undoubtedly proud of Orlaith's efforts, but she modestly tells us that the "couldn't believe" she had been nominated for a Blackboard Award.

"I'm very proud of myself, I have to say, and I'm delighted that I've had this opportunity as a newly qualified teacher," she said.

"I know that I have a lot of support, but it's much different being a teacher and I'm very lucky to be where I am, and it all came from this school, from the people who work here, the parents, and the entire school team."

The annual Blackboard Awards will take place on 4 March at the Europa Hotel.