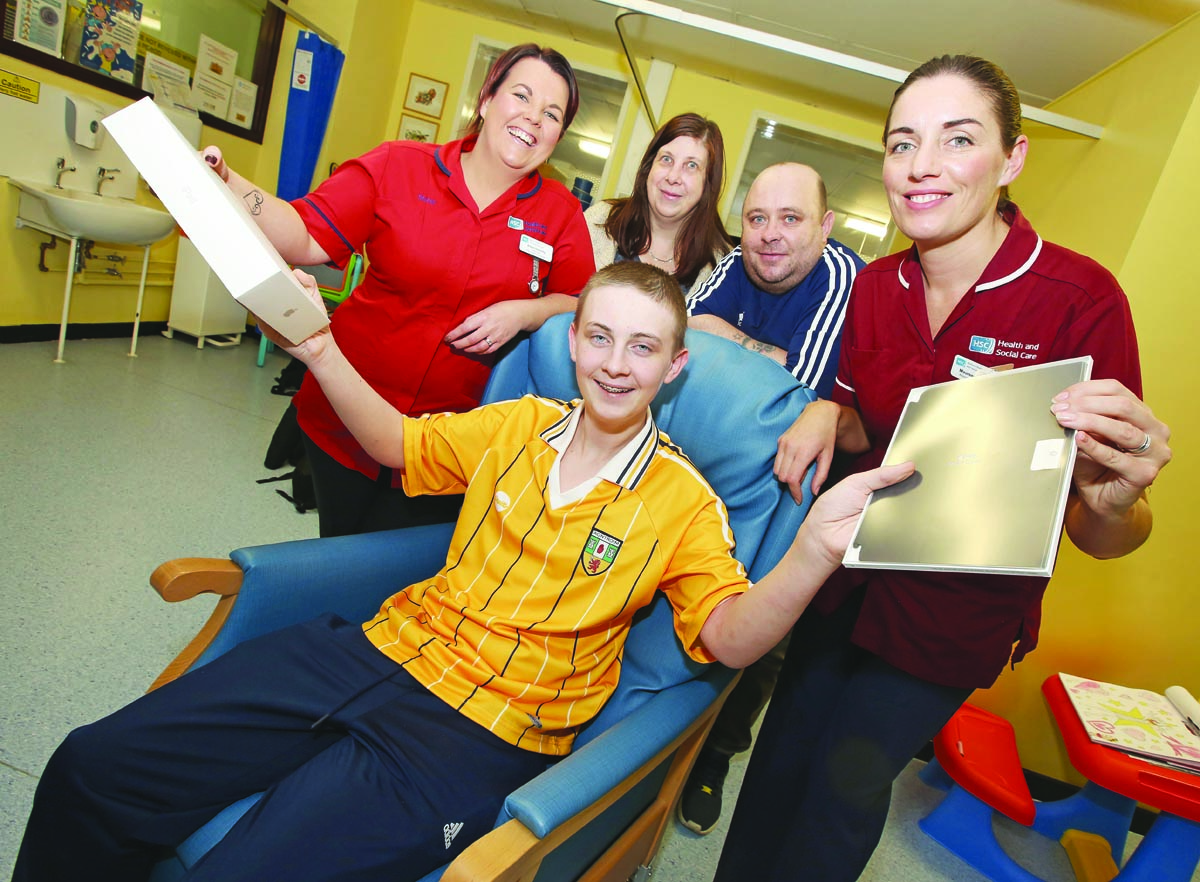 MONEY raised by a grateful New Lodge father has helped purchase an iPad for the immunology unit in the Royal Victoria Hospital.
Bobby Fields’ son Robert suffers from anaphylaxis, a disease which leaves him vulnerable to allergic reactions and can be life-threatening.
Robert first suffered an allergic reaction to nuts when he was just two years old and, now aged 13, was diagnosed with the rare disease earlier this year.
A total of £550 was raised at a fundraiser in the Bridge Bar in Glengormley earlier this year and the money has now been used to purchase an iPad and cover for children in the ward to use.
Bobby, who joined the Anaphylaxis Campaign support group in the Royal Victoria Hospital, decided he wanted to do something to raise money for them.
“As a family, we wanted to do something for the immunology department in the RVH,” explained Bobby.
“I told them to use it for something to benefit the kids and I’m delighted it has been used to purchase an iPad. I want to continue fundraising as much as I can and to help raise awareness about anaphylaxis disease because not a lot of people know about it. I can’t thank the staff who work so hard to try and help people like my son. They help my worries over my son. Their work is amazing and I’m glad the iPad will go a long way to helping them.”