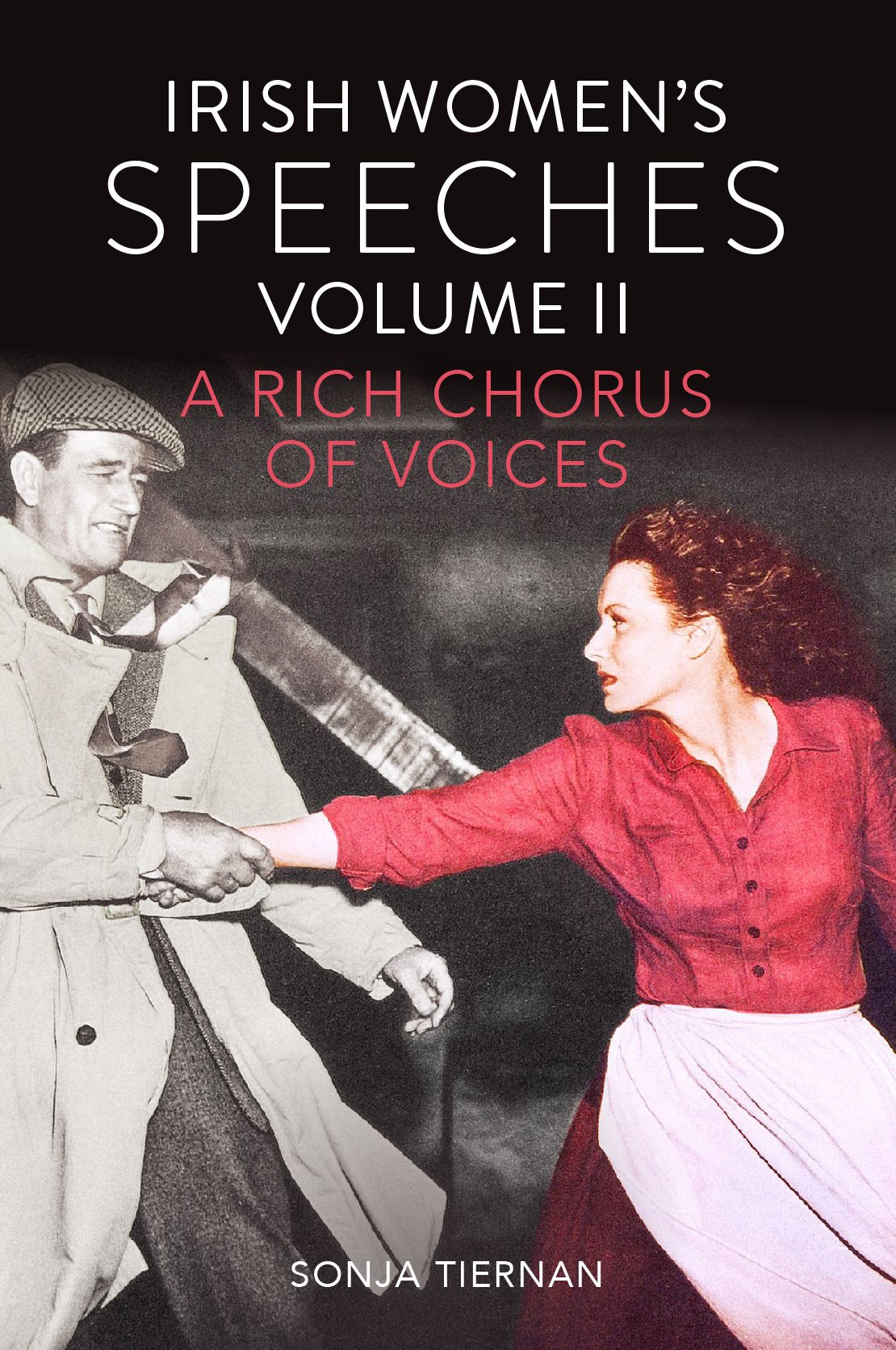 A NEW book on Irish women’s speeches has been published by UCD Press.
Irish Women’s Speeches (Vol. II): A Rich Chorus of Voices follows on from the ground-breaking, best-selling Voices that Rocked the System.

Related to arts, culture, and heritage this compilation of Irish women’s speeches, includes those of authors, journalists, actors, artists, and women who have influenced arts and culture more broadly.

The speeches were chosen to identify how women have shaped and continue to shape Irish culture, language, literature, theatre, and art at home and abroad. Related topics include Sarah Purser’s founding of a stained-glass cooperative, An Túr Gloine which ensured that churches and formidable buildings in Ireland and further afield now house Irish produced stained glass. Edna O’Brien’s speech highlights how one female author persisted despite her condemnation by the Catholic Church and suppression by the Irish censorship board to have her literary classics The Country Girls trilogy named One Dublin One Book in 2019.

Several speeches chosen highlight the array of social and political reforms led by creative women and writers abroad including Margaret Cousins, who helped found the Irish National Theatre and later moved to India where she was arrested for supporting Gandhi’s call for a Civil Disobedience Movement. While journalist Norah Dacre Fox became a key member of a militant suffragette organisation in England and was imprisoned for the cause.

Other speeches showcase well-remembered figures such as Hollywood icon Maureen O’Hara and investigative reporter Veronica Guerin. While less well-known figures include Charlotte Stoker who is credited with impacting on the literature of her son Bram. The wide range of topics identify the impressive contributions that Irish women have made to the development of Irish society and culture as well as internationally.
A must have alongside its sister volume.