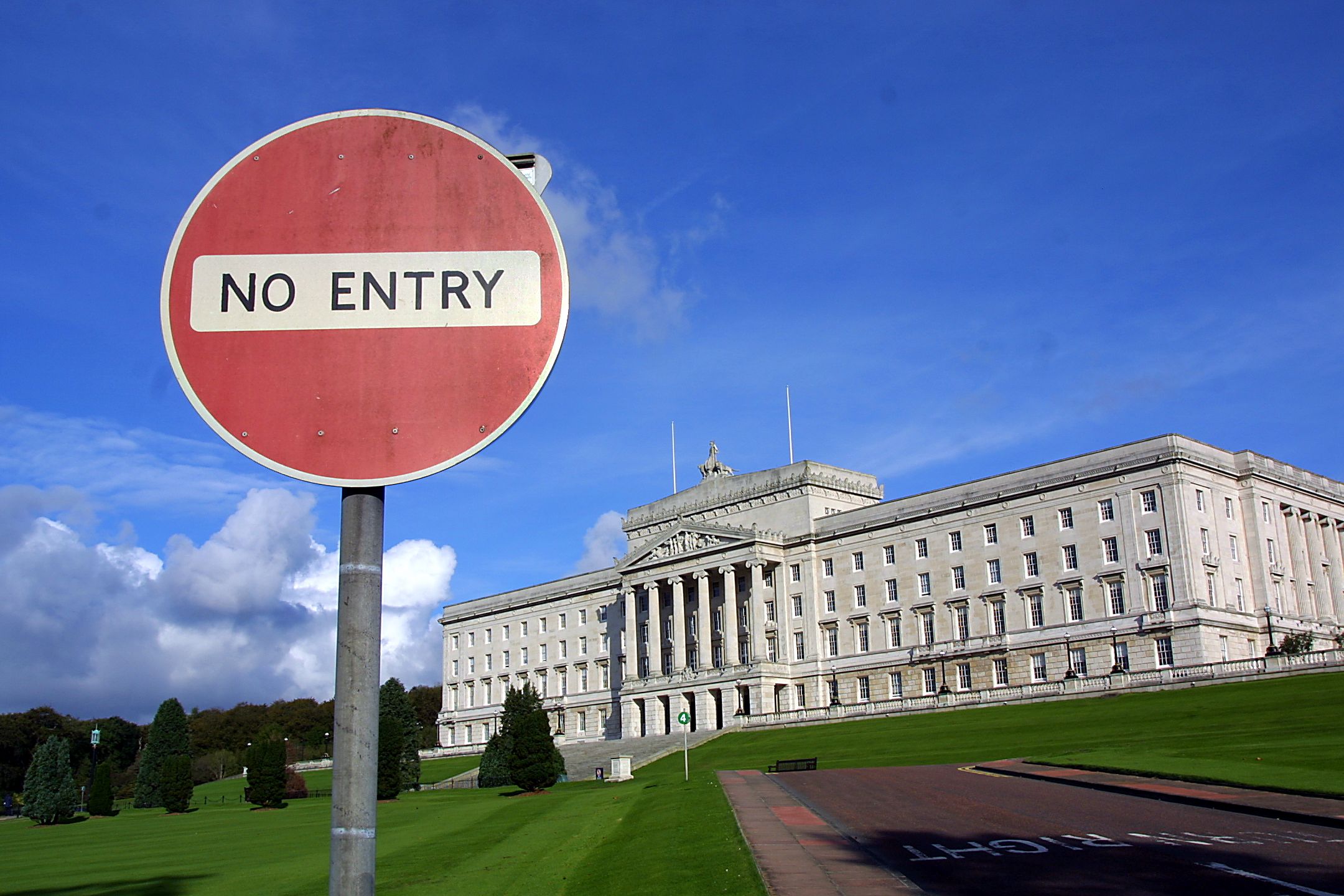 Political Purgatory by Brian Rowan. Merrion Press. £17.99. Available from An Ceathrú Póilí bookshop, An Chultúrlann and from No Alibis book store.

This latest fascinating offering from the pen of veteran journalist, author and political commentator, Brian Rowan, is required reading all serious observers or participants in the benighted politics of this place.

Anyone wishing to fully understand both the malaise at the heart of the Stormont Institutions and the torturous path which led to the collapse in 2017 and the eventual restoration in 2020, need look no further than this insightful book.

The subtitle for the book, ‘The Battle to Save Stormont and the Play for a New Ireland’ gives a taste of the twin themes running through the work, Stormont and its continued existence and the Constitutional debate, which has returned centre-stage post-Brexit.

In a foreword to the book, Former British Secretary of State, Julian Smith — who Rowan credits alongside Irish Foreign Affairs Minister, Simon Coveney, for restoring the Assembly, against the odds — notes that "The lack of meaningful dialogue between the two main parties for much of the period and particularly in the run up to the restoration in 2020 are a painful reminder of how fragile the system is....”

In the prologue entitled, ‘A cake with 100 Candles – but how many more?', high-ranking PUP figure Winston Irvine is quoted as saying: “We are being guided to and along different paths, moving towards very different destinations, the outworking of which means we are locked onto a collision course. Sooner or later, these two entirely legitimate political aspirations are certain to clash.”

It’s an observation with which it is difficult to argue.

Smith and Coveney, the architects of the New Decade, New Approach document, are among a range of key figures who contributed to the book and whose analysis and insight Rowan skillfully weaves into the unfolding story as it developed in real time. He avoids the temptation of leaving the field to the two main parties but rather invites an array of individuals from various backgrounds, including this reviewer, to analyse and delve below the surface.

Among those contributing to that work of teasing out the inside story and the wider implications for politics going forward is David Young. Young was Press Association Editor in Ireland and the man credited with coining the term Cash for Ash to describe the RHI (Renewable Heat Scandal), the ostensible reason for Martin McGuinness’ resignation and the collapse of the institutions.

Both results were a far cry from the DUP high watermark of 2017 when Nigel Dodds and his team secured ten seats, strutted like peacocks and thought their Tory love-in would never end.

Jennings comments: “We have collectively hurt and been hurt. Understanding and acknowledging that the space between truth and fact in Northern Ireland is and remains a contested one, is the perennial holy grail.”

From the world of politics many current and former figures step up to offer their take on what is still very much an ongoing process. No clear evidence emerges of the trust which is essential if the Stormont experiment is to have any hope of survival.

These contributors include Peter Robinson who reveals that "only a few of the more intractable issues became public knowledge". He continues: “Martin and I accepted we were repeatedly asking our colleagues to stretch to accept uncomfortable compromises. On a few occasions our best endeavours were not enough."

Other political contributions come from Steven Farry of Alliance, Colum Eastwood of the SDLP and Claire Bailey of the Green Party who reflects on the seismic shift in the European elections of 2019 and the continued trend to an increasing middle ground vote in the 2019 British General Election.

Both results were a far cry from the DUP high watermark of 2017 when Nigel Dodds and his team secured ten seats, strutted like peacocks and thought their Tory love-in would never end.

Contributions from the world of journalism come from Ken Reid, the recently retired veteran Stormont and Westminster watcher, and Rodney Edwards, of the Impartial Reporter and now Independent Newspapers, who got an exclusive interview with the woman at the heart of the RHI storm, Arlene Foster, as the drama and sense of crisis built and as Stormont teetered on the verge of collapse.

Whatever happens next...
Simon Coveney and Julian Smith standing beside each other to launch their #NewDecadeNewApproach proposals at Stormont showed the British and Irish governments working together on a shared problem on this island.
A good sign. pic.twitter.com/GUdGWewiWH

The interview, recorded in Foster’s Enniskillen office, where she apparently listens to the Backstreet Boys, took place on January 6 2017, two days before Martin McGuinness’ resignation drove her out of office.

Two individual chapters of the book are given over to assessing the roles of Martin McGuinness, "part of the rage of his time", and to Gerry Adams, "the man least forgiven".

On Adams, Rowan writes: “For several decades we have allowed ourselves to get hung up on the question of Gerry Adams’ membership and leadership of the IRA. It is something he denies. It is also the wrong question. The answers to Adams are in plain sight.”

As our political purgatory continues and as we face into the uncertain times ahead, those looking for a compass to help guide them through the torturous and labyrinthine twists and turns could do worse than follow the writings of Brian Rowan, a man who clearly has his finger on the pulse of our dysfunctional political scene.