Boxing: CBS - ‘I hold all the advantages’ 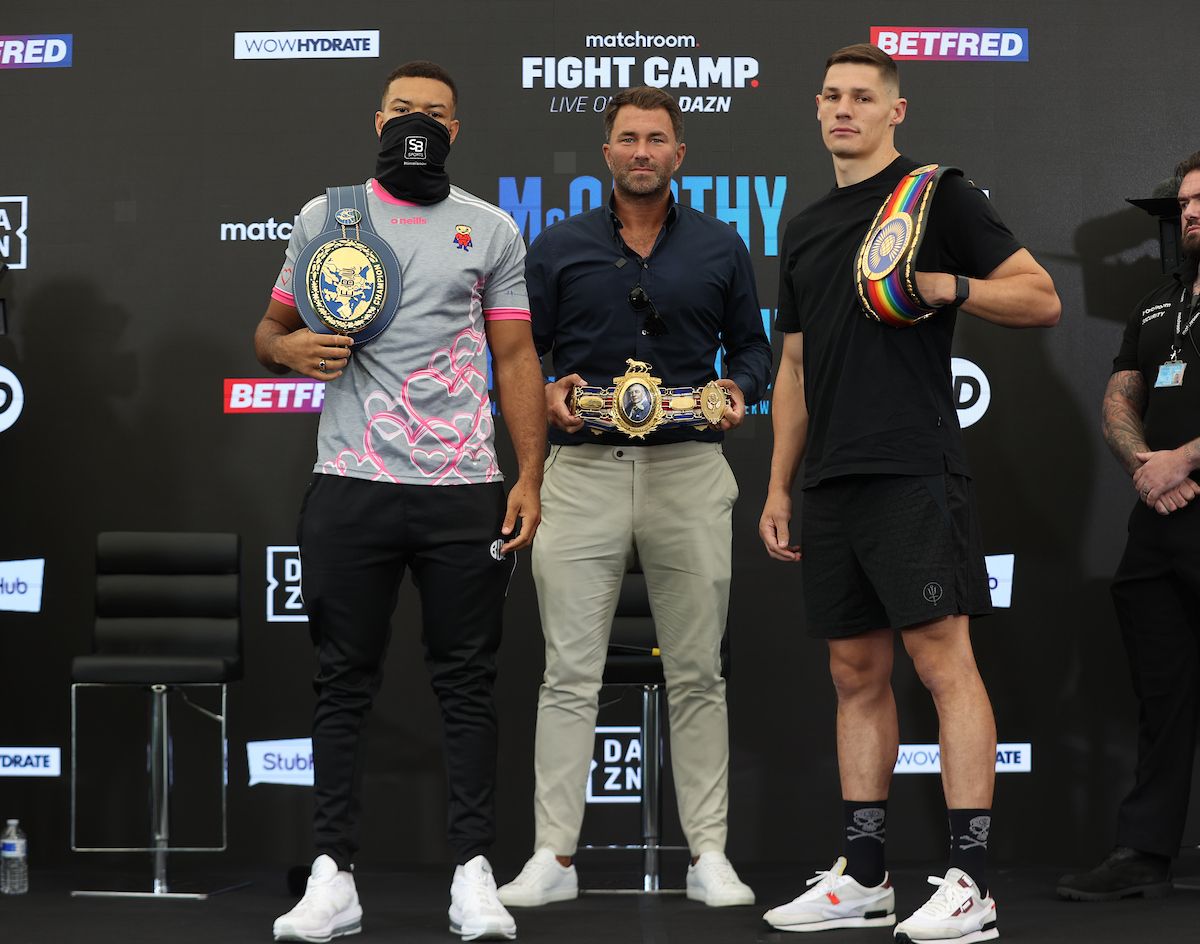 CHRIS Billam-Smith insists he holds all the advantages heading into Saturday’s European, Commonwealth and British title showdown with Tommy McCarthy at Matchroom HQ in Essex.

The Englishman has boxed as a professional just 13 times to the Belfast man’s 20 and doesn’t have anywhere near the same amateur background, but believes he has a more rounded professional style and his ability to nullify what he feels is an amateur style from McCarthy and punish with heavy shots will be the key on the night.

McCarthy has questioned the stamina of Billam-Smith in this battle of 30-year-olds, but the man from Epsom who is trained by Shane McGuigan says that has been one area he has improved in the build-up and predicts another stoppage win to add McCarthy’s European title and the vacant Lonsdale Belt to his collection.

“I’ve trained for 12 rounds as always and have prepared for every possibility of it going early or late,” he said on Tuesday’s media call.

“I’ve really improved my engine in this camp so I will fight at my usual high pace, but I don’t believe it will go 12 rounds.

“He is more of a traditional boxer with a more amateur style. He uses his feet, flicks his shots and steps back, but this is professional boxing. It’s about breaking people down and knowing what to do when you’re not throwing punches.

“That’s his style and I think he can only box that way, but I can box, I can fight and I have proven that in previous fights.”

Billam-Smith also believes he has the edge in power and punch resistance, pointing to his sole career loss to Richard Riakporhe which came by way of split decision in contrast to McCarthy’s stoppage loss to the same opposition.

This triangle theory can lead to a fighter’s undoing as has happened many times before and while he admits all cruiserweight fighters carry pop in their punches, he believes he can prevent McCarthy from landing anything heavy to test the theory.

“This is cruiserweight boxing,” he acknowledges.

“I’m not just going to allow him to hit me at will. In my last fight I probably took too many shots off a fairly heavy-handed lad.

“I’ve been in with plenty of heavy-handed people - Richard Riakporhe being one - and haven’t been hurt. The right shot in the right place and you can be hurt, but I don’t believe Tommy will hurt me in this fight.

“I think my skill-set will take away all the power he does have and that punch power can be the difference in this fight.”

There is certainly a bit of spice to this fight with McCarthy claiming that Billam-Smith is not on his level, but a social media post prior to the Belfast man’s last title defence against Alexandru Jur seemed to light the fuse and prompted the fight to be made.

A domestic rivalry at this stage of a career does no harm in terms of raising a fighter’s profile and both will benefit from the added interest of the boxing public due to the needle that exists.

“I saw a lot of interviews that week with him saying I’m a step back and all these things,” said the Commonwealth champion.

“Fair enough if he thinks that, but I needed to do something to get him into the ring and thankfully it worked.

“Three belts you want to win in your career and every British boxer wants to go that sort of route of winning British, Commonwealth and European before going onto the world stage.

“This is a massive platform for myself and a great opportunity to have a European title fight with a bit of needle there.”

The winner is expected to earn a crack at world honours next with McCarthy keen to make that a reality, but Billam-Smith has questioned the eagerness of the Belfast man and has accused him of simply wanting his shot.

Those comments are sure to rile McCarthy further but are perhaps designed to do so with the heat turned up this week ahead of the chief support bout on the Fight Camp card.

“I could have the world title fight next, but we’ll have conversations after Saturday I’m sure,” he continues.

“I might need a couple more because I get the feeling with Tommy that he’s looking to box for a world title but not looking to win one and that’s a difference.

“When you train to win world title, you train to stay there and I think that’s the different mindset between us.

“I want to develop into a more well-rounded fighter and this fight gives me the opportunity and experience to do that.”