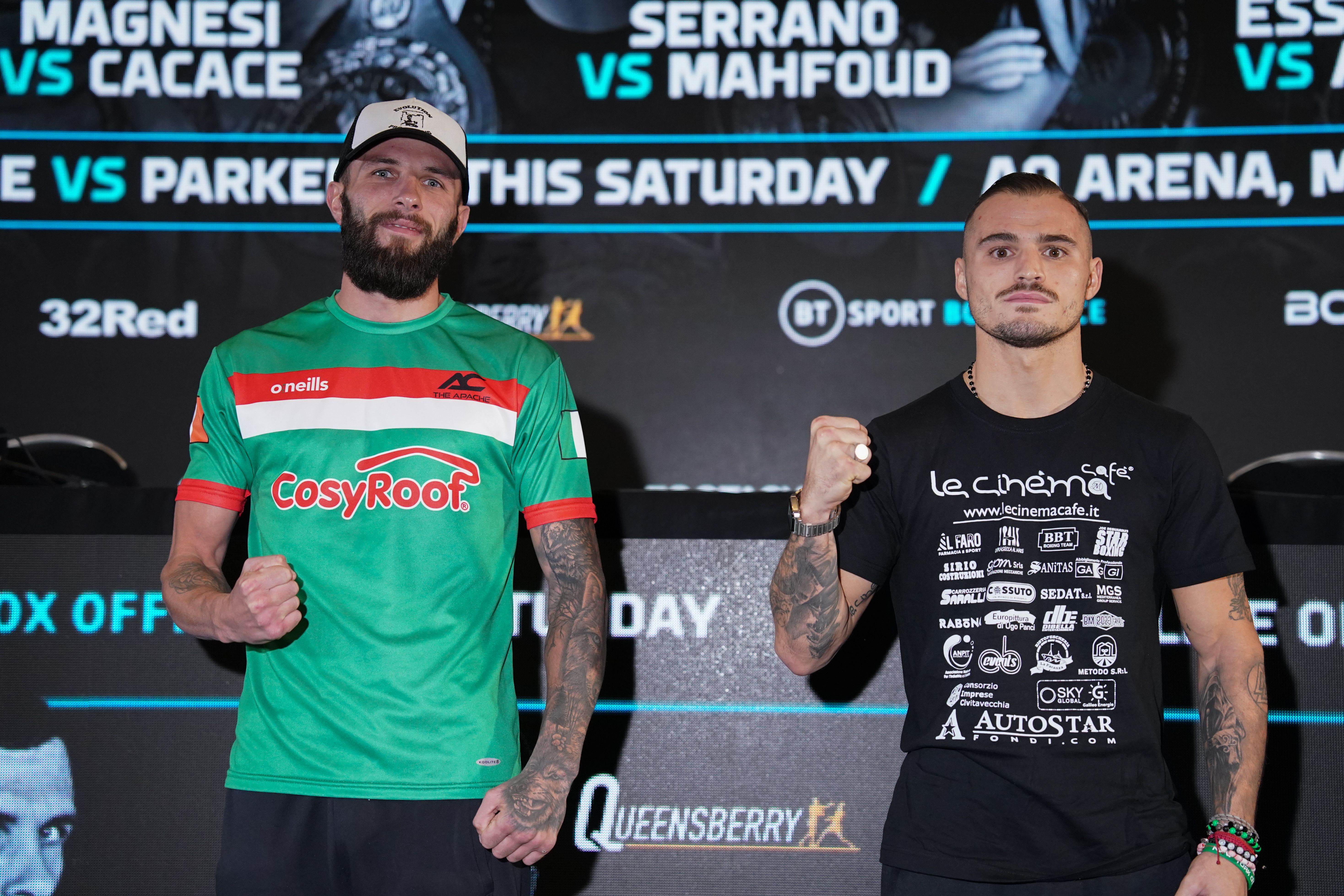 IT’S a case of now or never for Anthony Cacace as he gets ready to tangle with IBO super-featherweight champion Michael Magnesi at the AO Arena on Saturday night (live on BT Sport Box Office).

Belfast’s ‘Apache’ has endured setback after setback throughout his 20-fight career with the latest occurring back in April when a planned fight against Jhonatan Romero at Wembley Stadium on the undercard of Tyson Fury vs Dillian Whyte falling apart just days out as the Colombian was unable to obtain a visa.

Cacace would have been forgiven for simply walking away from a sport in which he has had little by the way of luck, but like before, he dusted himself off and the opportunity to take on Italy’s Magnesi emerged - one he is only too happy to take and a fight that is very much on both weighed-in comfortably below the 130lb limit.

His own bloodline stretches back to Italy so in a way this could be sold as an Italian derby, but sub-plots mean nothing to the 34-year-old who just wants to claim a win which is imperative as anything less could prove disastrous.

“Everything has gone well and I’m just at the stage where I’m angry,” he said as he finished up his training camp with a clean bill of health.

“This is a big opportunity. I feel like I’m going in here as the underdog and I relish that as I’d much rather be the underdog than be expected to win this fight.”

The pair are no strangers to one another as they were actually supposed to fight in the past, but it didn’t quite happen.

Having gone their separate ways, they are reunited once again and this time it is very much on with his 27-year-old rival on the crest of a wave.

“I was supposed to fight him for the EU title about four years ago but he withdrew and it ended top neither of us fought for it,” he revealed.

“It seems like he is ready now and thinks he’s going to stop me handy enough. That’s good, but they all think that until they get hit.”

Michael Magnesi and @AntoC6 lock eyes for the final time ahead of their battle for the IBO World Super-Featherweight Title 🔥 pic.twitter.com/8r0nfSZtz9

Magnesi will enter the Manchester ring with a perfect record of 21-0 with 13 including his last eight coming inside the distance.

The Rome fighter is naturally full of confidence having been only too happy to dangle the IBO belt under Cacace’s nose and the vibes emanating from him is that he fully expects to break the Belfast man down and extend his stoppage run.

That is music to the ears of Cacace who can wallop and box out of either orthodox or southpaw, so will have his own opportunities throughout the course of the 12 rounds against a smaller opponent who has a reach disadvantage and in many ways is made for him.

“He is a one-trick pony and says he is coming to break me down,” said the bullish Lenadoon man.

“I like that. I like someone coming at me and would much rather have that than me having to go after them.

“I’m in a good place, the weight is good and I’ve had a good seven or eight-week training camp.”

While the disappointment of missing out on the Wembley card will always linger, it is tempered somewhat by being involved in Saturday’s blockbuster card that is topped by the hugely intriguing heavyweight battle between Joe Joyce and Joseph Parker.

If exposure is what Cacace wants, he will absolutely get it with a huge TV audience on top of the crowd inside the 20,000-capacity arena.

“It’s a big card and almost as good as Wembley so I’m just relishing this opportunity,” he confirmed.

“Maybe it’s come a couple of years too late, but it’s better it is happening now than never.

“I have to win this one. I’ll still be British champion whatever happens so there are paydays down the line, but this fight means a lot to me and I haver a lot of people flying over expecting good things, so I just hope to God it all goes to plan.”

💥 "He hasn't been hit by anyone like me yet. On Saturday night he's going to find out what it's like."@AntoC6 believes Michael Magnesi is in for a rude awakening on fight night. #JoyceParker | Saturday | BT Sport Box Office pic.twitter.com/GCktB9FwQy

At 33, opportunities like this may not come around again should it not be his night, but this is something he is refusing to contemplate as victory by whatever means is the only thing on his mind.

This is certainly a well-matched fight on paper and both men bring power, skill and confidence into the ring with them, so it is likely it will go long and possibly to the cards, but equally, there is enough dynamite in both sets of fists to end it early.

This is the chance that Cacace has craved and he insists he its ready to grab it with the opportunities that could well follow in one of the sport’s red-hot divisions.

“If I win this fight there is Joe Cordina and other big names that are possible,” he acknowledges.

“It’s a fine line between making very little and making lots, so we’ll see how things pan out. I’m not expecting too much, so I’m going in with an even head.

“I’m not thinking too much about winning or losing, just performing.”