Boxing: Walker ready for step-up against Martinez on Saturday 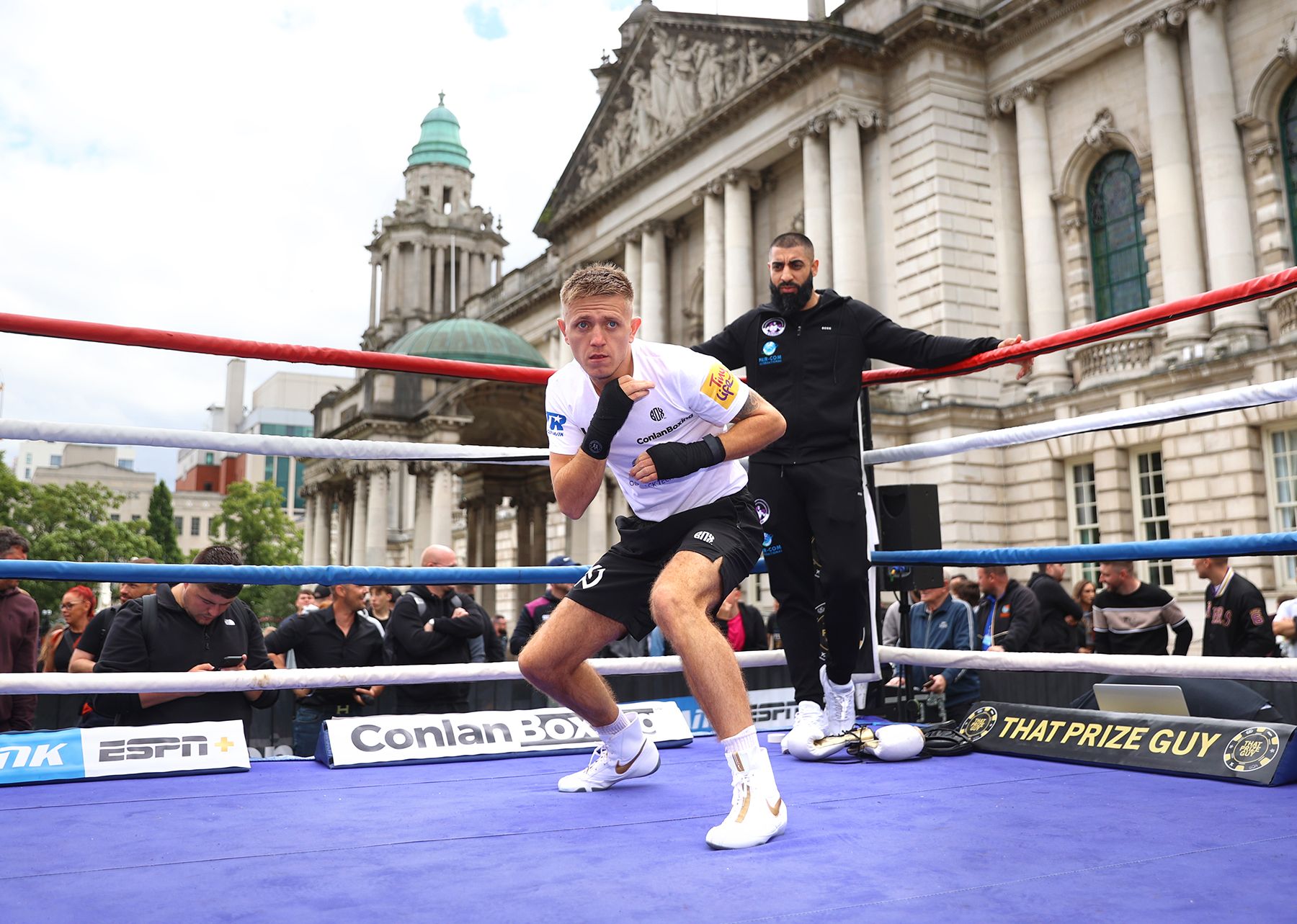 KURT Walker says he is ready for a significant step-up on Saturday at the SSE Arena when he takes on Argentina's Marcos Gabriel Martinez (18-3).

The Lisburn man is just two fights into his pro career having enjoyed a pair of routine victories to get the ball rolling, but the level of opposition on Saturday is significantly higher, suggesting he will now start going through the gears.

It is a test that many fighters wouldn't have set until a lot further down the road, but this is perhaps a measure of where Walker and his team feel he is that they are happy to take the training wheels of and let him just up a number of levels.

"This is definitely a step-up," said the 27-year-old at yesterday's open workout at City Hall.

"He was winning the fight up until he got knocked out cold, so he has good quality and it's a good step-up for me against someone who comes here to win."

Walker's opening two pro fights have taken place in Glasgow and Wembley Stadium, but here's no place like home and he is excited ahead of a home debut on the undercard of Conlan-Marriaga this weekend.

Many years have passed since he boxed in front of a Belfast crowd, all the way back to his days fighting in the Ulster Elites.

There has been much success since including European gold and an appearance at last year's Olympic Games where he was within a whisker of reaching the podium.

"The last time I fought here was the Ulster Seniors in 2015 maybe, so it's been about seven years and good for the people who've supported me throughout my amateur career and haven't got to watch me," he noted.

"You want to be built at home and people here to support you wherever you go. People who may not know me will get to see me fight and hopefully they like what they see so I can get some new supporters. I want to show the good art of boxing - hit and don't get hit, but with a bit of spite.

"I'm not going int there to knock him out - I'll take it if it comes - but going into to look good and show people what I can do."

Adjusting to the pro style from the quicker pace of an amateur can take time, but Walker is happy wither be is as completely neglecting what turned him into a standout in the vest would be a mistake he feels.

"I have slowed down a lot," he added.

"My best attribute is probably speed on my toes, so I don't want to neglect that fully, but just get a good mix between the both and I'm happy with how things are going as I think I'm getting better and better."

Walker was actually due to have three fights down heading into the weekend, but a cut sustained against Stefan Nicolae in April at Wembley forced him to sit out a planned outing at Madison Square Garden.

That was obviously a disappointment, but also the right call as he took some time out to recharge but insists he wants to stay busy for the rest of the year.

"I'm hoping to have another two fights," he confirmed.

"It was just a wee cut and I probably could have fought, but there's no point risking it so early in my career.

"I had a wee break and was delighted to get that to go on holiday, but no more breaks for me this year."