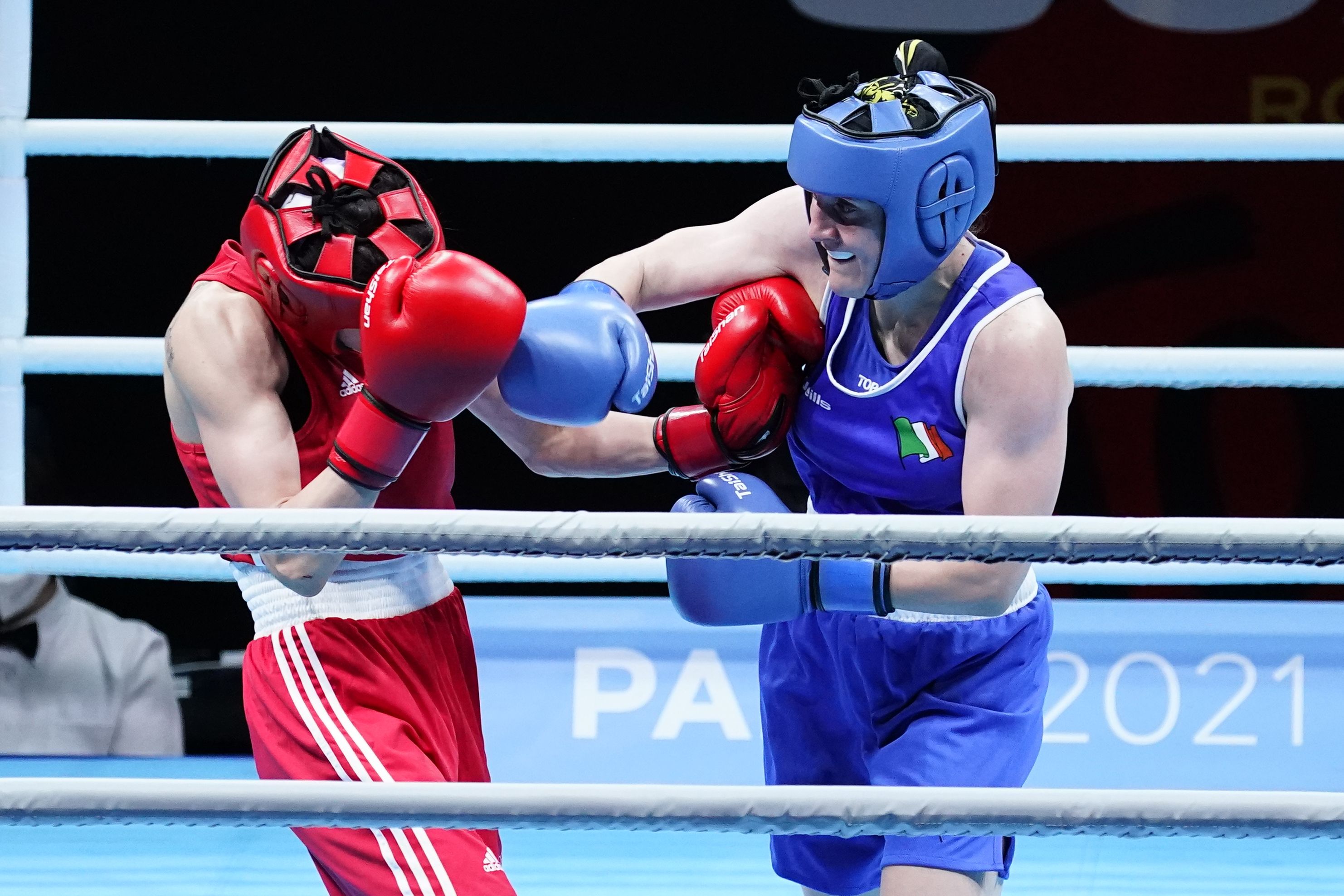 MICHAELA Walsh will return from the European Olympic Qualifier in Paris with a silver medal as the Monkstown ABC featherweight lost out to Italy's Irma Testa in today's final.

Conceding considerable height and reach, Walsh was forced to try and make this a fight at close quarters and enjoyed a little early success, but Testa was sharp and had the ability to pick the Belfast women off on the way in.

Walsh was scoring out of the exchanges, but the Italian just had a little for joy and swept the first round.

Testa used her long jab well and used this to keep Walsh off balance, frustrating the Monkstown ABC fighter.

Walsh continued to look for an opening but was one to the Italian's long levers when stepping into range. She still pushed on and had her moments in the second, scoring with a crunching left to the side of the head and finished the round with a scoring right, but it wasn't enough as she was now two rounds down on all five cards.

The onus was on the 28-year-old from West Belfast to do something special in the final round and opened with an excellent right as Testa looked happy to box off the back foot.

This time it was Walsh who was first to the punch and she enjoyed a much better round, but it wasn't enough as Testa took gold on a unanimous decision.

In the afternoon, Kellie Harrington claimed gold at lightweight with an impressive win against Team GB's Caroline Dubois.

It was the usual easing-in period for the opening minute with the switch-hitting Harrington first to score with her timing and accuracy resulting in shots finding the target.

Dubois did land a good body shot, but the Irish woman finished strong to surprisingly only convince four of the five judges.

Harrington was picked up where she left off in the second with the left hand finding the target.

The GB girl did up the aggression in an effort to disrupt the former world champion's rhythm and it worked to a certain extent, but the better work was from Harrington who this time did sweep all five cards.

With such a commanding lead going into the final stanza, Harrington just needed to stay out of danger as Dubois gave it everything, but her class again came to the fore as she cruised to the gold medal, winning on a 4-1 split.