Brave Ulidia put to the sword by clinical Roses 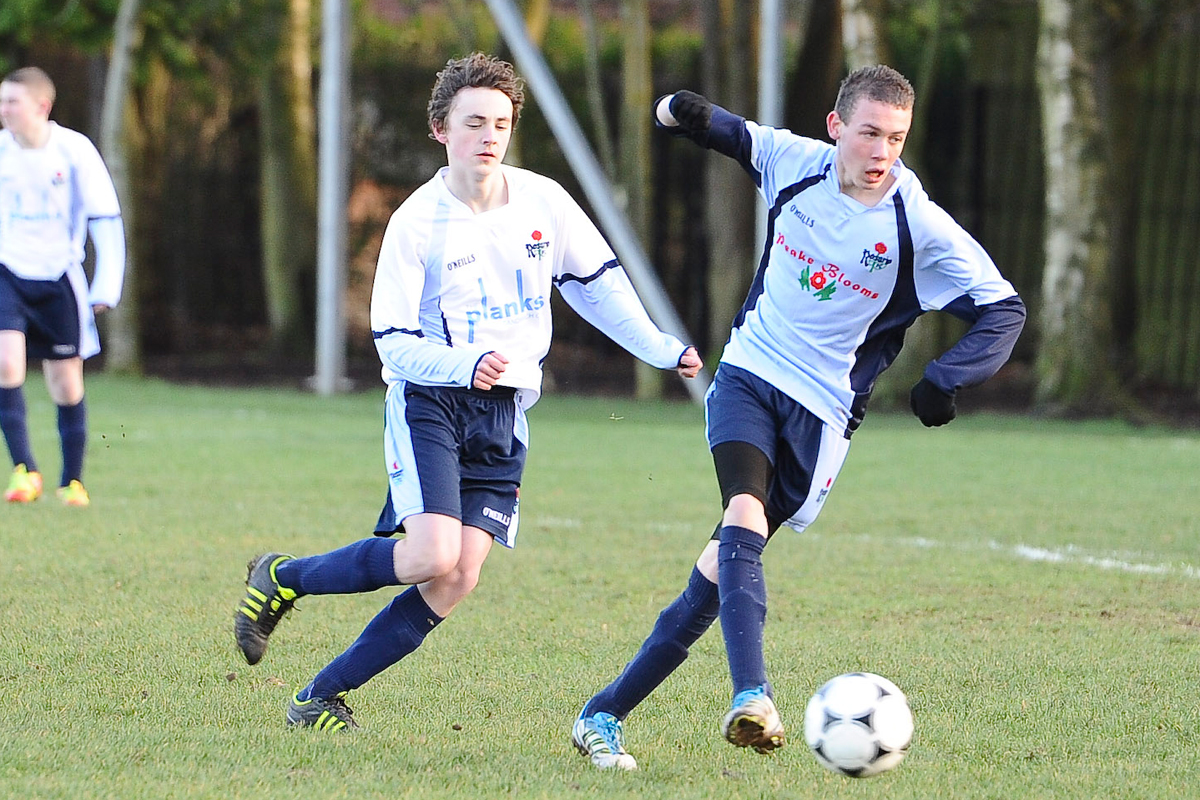 Rosario maintained their lead at the top of the table with a resounding win over a spirited Ulidia outfit at Cherryvale.

The blustery conditions made it difficult for the teams and credit must go to a Ulidia side who, despite facing into a gale, managed to hold a very strong Rosario outfit scoreless until five minutes from the short whistle.

It took a piece of magic from winger Lawrence Whiffen to break the deadlock as he found Hagans who crossed for new boy Damian McDonald to lob home on his debut.

Little Hagans made it 2-0 just before the break slamming home from close range.

Rosario made all their substitutions at half time and soon began to control the game although Ulidia continued to fight like their lives depended on it. Tiernan Curran was outstanding in the middle of the park, Paddy Robb never stopped running and Michael Murray also caught the eye.

However, the introduction of Matthew McCamley, arguably Rosario’s most consistent player this season proved a telling factor as the Roses began to dominate proceedings in midfield.

McDonald got his second from a Whiffen cross and Dan Devlin squeezed in a fourth with a quarter of an hour to go.

Rosario got their passing game going and looked menacing on both flanks with some delightful passing and movement.

Rory Hughes, in an unaccustomed striker’s role, claimed Rosario’s fifth of the day before Mark Patterson cut through the Ulidia rearguard to make it six.

Then Matthew Colaluca, released from defensive duties for the remainder of the game, got in on the goalscoring.

The Ards man showed in a flash just what a class act he is, helping himself to a wonderful hat-trick with three well-taken strikes to bring his haul to 24 for the season. Ulidia kept battling to the finish and Stephen Young was unlucky to see his effort shave the wrong side of the post. In truth the scoreline was flattering to Rosario who will want to forget their first half performance and if Ulidia can produce this form in future outings, they are capable of causing any team trouble.