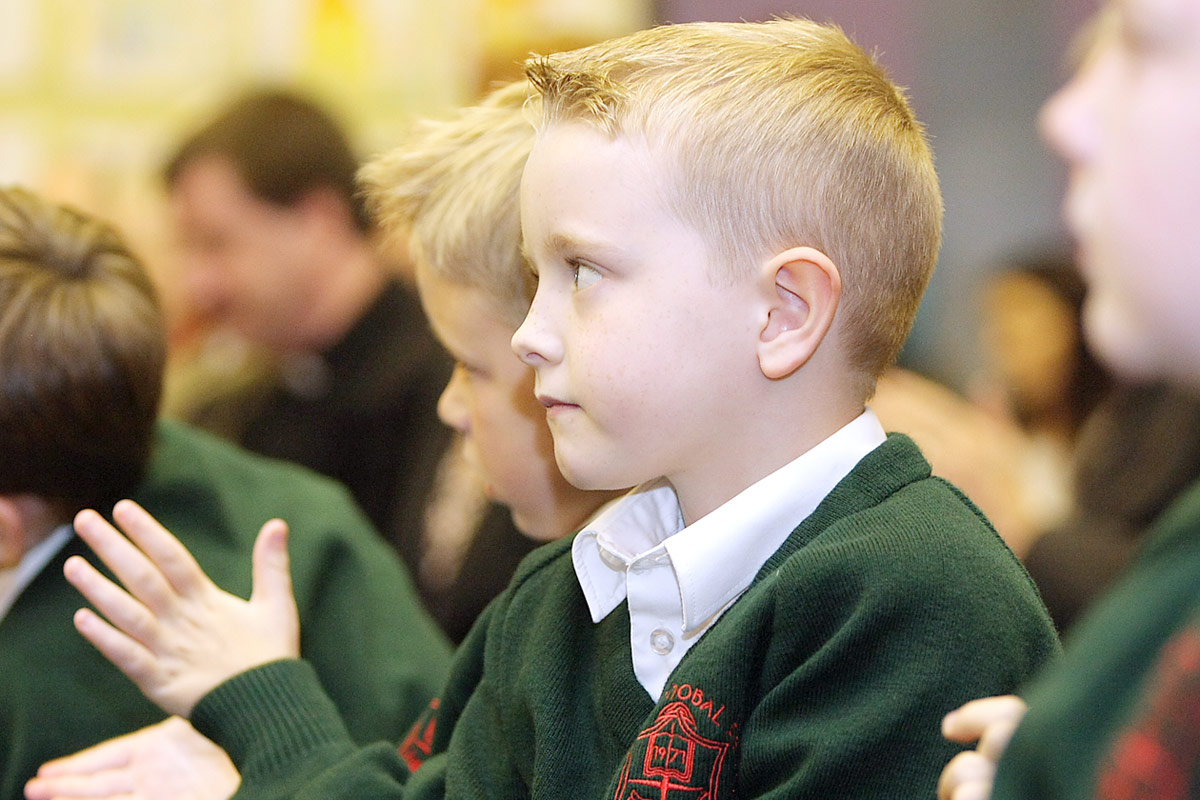 DESCRIBED as the flagship school in the Irish medium education sector, Bunscoil Phobail Feirste celebrated its 40th anniversary with a visit from the President and Belfast’s First Citizen.

Acting Principal Deirdre Nic Suibhne told the Andersonstown News the school was delighted to welcome President Mary McAleese, her husband Martin and the Lord Mayor to the school for the momentous celebrations.

“It’s unbelievable to think that Bunscoil Phobail Feirste has been in the community for the past 40 years.

“I’ve been teaching in the school since 1997 and this is now my second year as acting Principal. During the late 1960s a group of Irish-speaking families set up an urban Gaeltacht here on the Shaws Road. We started up in 1971 with nine children – now we have 280.

“Through sheer hard work by families and the community, voluntary fundraising kept the school going for its first 13 years. It is because of the vision of these people that children in 35 primary schools and five secondary schools across the North now enjoy and benefit from Irish medium education.

“The Irish language is so vibrant in West Belfast and across the North, it was only in 1995 that teacher training for  Irish medium schools was set up at St Mary’s University College, since then it has just continued full steam ahead.”

Deirdre explained how the school still prides itself on helping to develop and nurture confident children who are proud of their rich culture and heritage.

“Our current Lord Mayor Niall Ó Donnghaile is a past pupil and it’s very important that he shares in our celebrations today as well.”

Congratulating the staff, pupils and their families at the event, Mayor Ó Donnghaile said: “It is a real honour to be part of these celebrations and to acknowledge the school's pioneering role in developing the Irish medium education sector in the North of Ireland.”