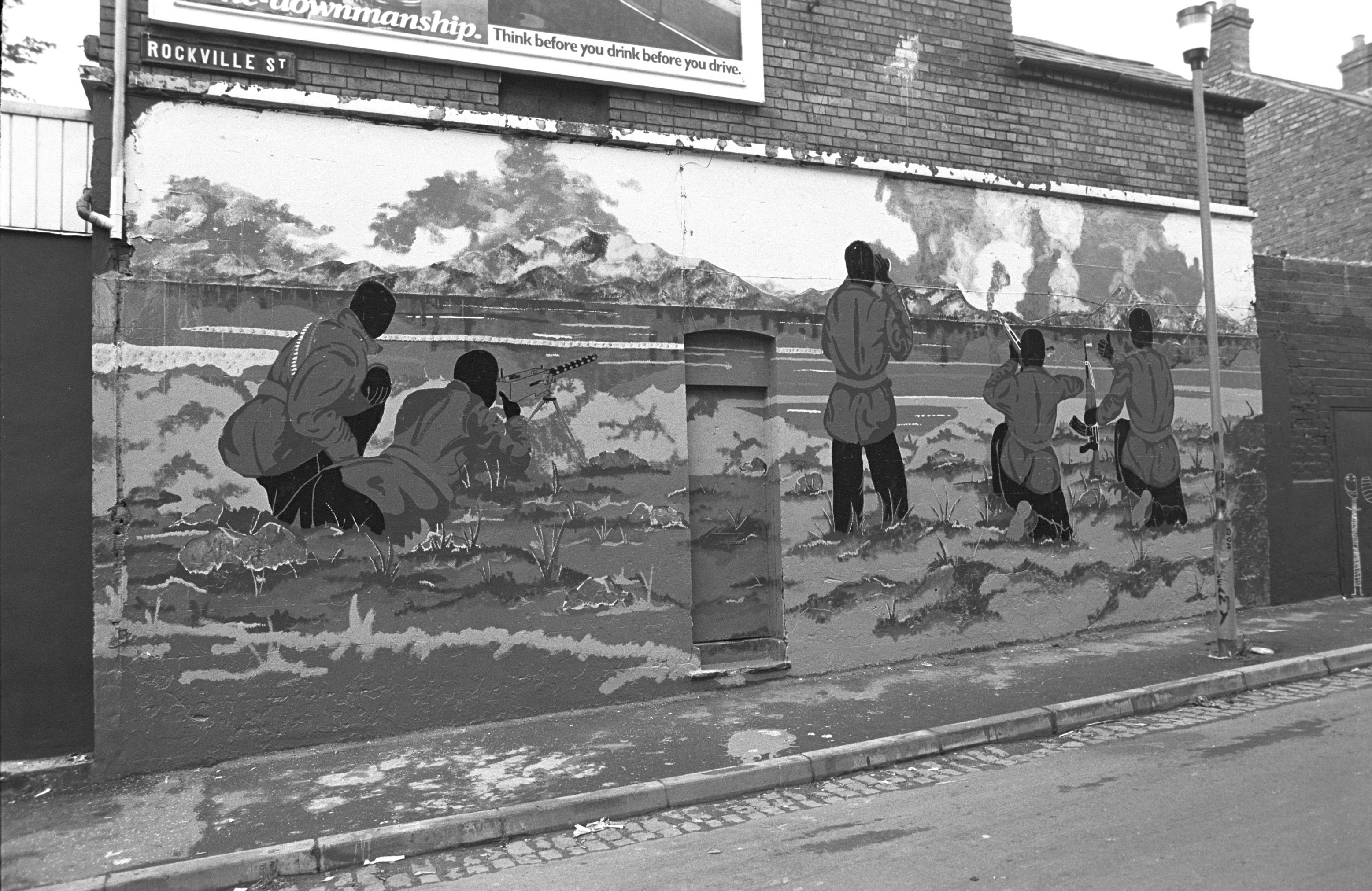 HERE’S a conversation Squinter had on Twitter recently. It’s a museum-quality example of a familiar unionist tactic from the past that has made its way easily and seamlessly on to modern social media. It’s called the ‘But the Ra’ Gambit.

So Squinter was making a point about the UK’s insistence on the renegotiation of a Protocol they signed up to was a bit like Squinter demanding that his mortgage-provider give him better terms on his repayment plan. A little facile? Perhaps? A perfect analogy? Not at all.

But ‘Mr Virtue Signal’ came back to say that the Protocol was in fact an “unequal treaty foisted upon a weaker party who was under duress and who hoped to secure changes over time”. Which was, as Squinter pointed out, not in keeping with the simple facts of the case, ie that the Protocol was co-written by the UK and that it was sold to the British public as a spiffing, oven-ready deal to win an election.

At this point Mr Virtue Signal appeared to run out of Protocol steam and resorted to the But the Ra Gambit. “Seem to remember there were some chaps running around Ireland 100 years ago arguing that they should be able to make their own laws and govern themselves”.


What the IRA and the War of Independence have to do with the Brexit Withdrawal Agreement and the border in the Irish Sea is not entirely clear to Squinter, but that’s the whole point. Throwing the Ra into a debate serves to distract and inflame.

Normally, the But the Ra Gambit is employed in political discussions about the past and is one of the more commonly-seen examples of what has come to be known as Whataboutery – the practice of evading a point by referring to another point. Incidentally, Squinter has not a single problem with Whataboutery and in fact it’s his considered opinion that it gets a very bad rap. If a Tory, for instance, had accused Jeremy Corbyn of anti-semitism, it’s perfectly fair to point out that while the jury is very much out on Corbyn and anti-semitism, it is a documented fact that Tory leader Boris Johnson is a massive Islamaphobe. As long as you also address the point that’s up for discussion, throwing in a bit of fact-based Whataboutery is a perfectly legitimate tactic and one that Squinter has used strategically and mischievously for years.

In a six-counties context, Squinter might be having an online discussion on, say, British state collusion with loyalist murder gangs and he’ll bet you dollars to doughnuts that in no time at all somebody will enter the conversation with “But the IRA were a million times worse.” And that’s a common and entirely mainstream unionist position, but when it is forwarded as an alternative to debate instead of an addition, it quickly loses its potency.

But now, as we see from Mr Virtue Signal, the But the Ra Gambit has been switched to other fields of social media conflict, in his case Brexit.

– The UK is showing bad faith by demanding root-and-branch changes to a deal it  recently signed.

Squinter has seen the But the Ra Gambit recently employed in debates as diverse as integrated education (The Ra set it back by decades); Covid (I won’t let ex-Ra men in government tell me what to do); sport (Do you know there are trophies named after Ra men?); and housing (The Ra men with Northern Bank holiday homes don’t have to worry about rent).

Another interesting tweak to the Gambit has been unionists online using the fact that Squinter was never in the Ra as a stick to beat him with. So Squinter variously never had the guts to join up; he was in the NIRA (No IRA); and, most common of all, he was a draft-dodger. This is all fair enough, and perfectly true if a little harsh, but here’s the thing: the same people who accuse Squinter of dodging the draft think the IRA was a gang of blood-soaked cowards, yet in using Squinter’s non-combatant  status as an insult they’re revising their view of republican volunteers. Which is odd.

Squinter can’t put finger to keypad without being accused of being Gerry Adams’ puppet or a Sinn Féin hack. And while the people who make the accusations are happy to cite instances when Squinter has tweeted mainstream republican positions that are shared by Sinn Féin (and often the SDLP), they’re not as alert to the times Squinter gets it in the neck from the Keepers of the 1916 Flame for being a sell-out.

The inside stories of kitchen confidential


TAKE a look at the above. If, like Squinter, you love a bit of jam on your toast you’ll be familiar with this culinary crime. What you’re looking at is what results when the knife that butters is the bread is used to spread the jam, the spreader not having bothered to clean the knife.

When you open the jar and you witness this it’s always guaranteed to provoke a grimace, and that’s what was on Squinter’s face as he carefully removed the butter from the jam before getting on with his breakfast.

Twitter was in full agreement that this is a kitchen atrocity, but, as is often the case, a sensible solution was also put forward. It seems that a hell of a lot of people use a teaspoon to place the jam on the toast after it’s been buttered – and then it’s a simple matter of using the butter knife again to spread the jam. Result.

Except that someone who has no scruples about plunging a butter-smeared knife into a pot of jam is hardly going to go to the trouble of using two pieces of cutlery to jam the toast – after all, it’s sheer laziness that has stopped them from wiping the knife free of butter in the first place.

And so added to the sorry list of kitchen crimes is the butter-flecked jam. The question now is – is it a more serious offence than toast crumbs in the butter? That’s surely the most common worktop transgression, isn’t it? Just as finding butter in the jam is guaranteed to generate a grrrrr, so the sight of crumbs when you open the butter or remove the lid of the spread is bound to draw a rather salty and vocal reaction.

Teabags in the sink, there’s another one. You’ve made your tea and you’ve a choice. Walk three steps to the rubbish bin, or chuck it in the sink. And we all know to our cost how many people there are who go down the sink route. It’s an eyesore, of course, and it’s thoughtless as it requires somebody else to tidy up afterwards. But repeated acts of teabag vandalism also stain the stainless steel in time, necessitating a bleach soak, which of course will not be carried out by the teabag-thrower. The Halloween horrors continue…

Maybe next week Squinter will open the fridge door and introduce you to the disturbing cold case files. 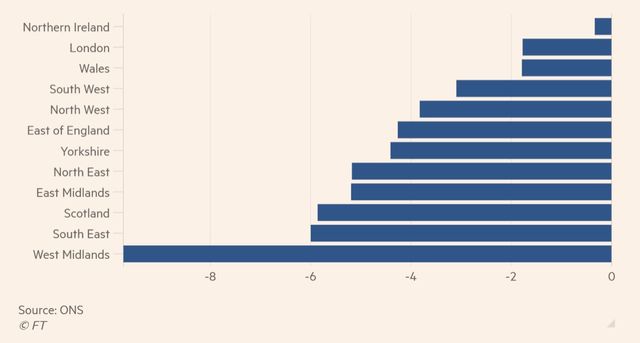 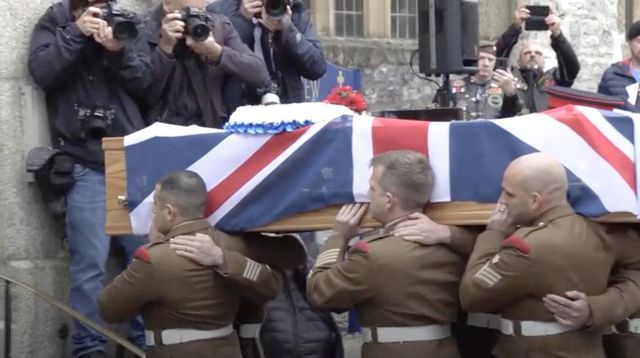 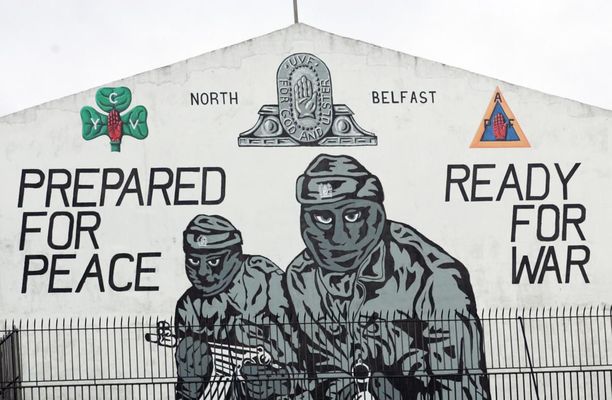