Can anyone say what’s ‘ambient’ music for a taxpaying musician? 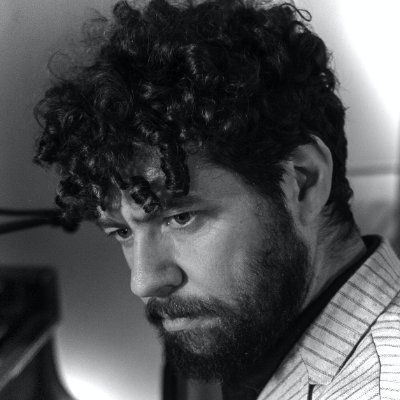 TOP: Declan O’Rourke has been lauded by the likes of Christy Moore and Paul Weller for his new album ‘Arrivals’ BELOW: Hannah Peel, a hugely talented composer and arranger, releases her new LP ‘Fir Wave’

IT’S hard to believe how far we’ve come since the cold blues of January 1. While we’re not back yet (Can ANYONE get the Assembly to define ‘ambient’ music for the taxpaying musician? Míle buíochas), scenes at Stendhal in Limavady and test events in the south are visual reminders of the hard-won progress that industry activists and professionals have fought for all year.

With the last six months in mind and a positive eye on the horizon, we’re able to  have a proper inspection of our creative output this year without a grimace. After all, we’ll be able to SEE some of these people sooner or later. With this in mind, I’ve collected a handy list for the intrepid supporter of local banjo pluckers to peruse, a top 10, if you will, of the best albums released in the year of our Lord 2021 so far. In no particular order, here’s my selection of the crème de la crème...

Declan O’Rourke - Arrivals
A performer lauded by the likes of Christy Moore and Paul Weller, O’Rourke’s seventh studio LP is a colossus of songwriting. Spidery strings in the arrangement draw the smokey vocals and warm acoustics together as immigration, both forced and chosen, goes under the microscope.

Various Artists – From Belfast With Love II
Curated by local electronic maverick Jordan Nocturne, this compilation features some of the best Electronic talent we have. My favourites on here come from Zillas On Acid and Tetsu, but I have to say that changes daily. Diverse and deep


Hannah Peel - Fir Wave
One of our all-time great composers and arrangers, Peel’s latest was scarcely off Radio 6. A magnetic mix of 80s electronica, found sound and warped soundscapes, this is an LP for every day, all of the time.

Trú – No Fixed abode
Inspired by... hmmm (check notes) Japanese snow spirits? Regardless, Trú’s modernisation of Irish traditional is irresistible. Dragging the form into the 21st century with an alt-rock approach makes for a gorgeous album, one you should download immediately.

New Pagans – The Seed, The Vessel, The Roots and All
My pick as the favourite for 2021’s Album Of The Year at the NI Music Prize in November. Grungy alt-rock that covers everything from motherhood, history and religion. Unmissable, undeniable and important.

For Those I Love - For Those I Love
The LP that captured the collective consciousness of the South for the start of the year. Think The Streets meets Underworld. Producer, songwriter and vocalist David Balfe is ferocious on an album that is as stunning a take on grief as you can imagine.

Kojaque - Town’s Dead
For those who missed my previous report: a fantastic second release from the Dublin wordsmith who’s got the crosshairs trained squarely on his home town’s gentrification. Blending alt, punk, rap and house across a 16-track setlist, Kojaque is on point throughout.

Sorbet – This Was Paradise
Recording Wunderkind Chris Ryan strikes out on his own with this solo record. Taking in the jazz background of his own Robocobra Quartet with the alternative and electronic nature of his clients (Enola Gay, NewDad, Just Mustard), Sorbetis a seismic clash of the weird and wonderful.

Bicep – Isles
Belfast’s favourite sons, Bicep, have a worldwide fanbase to please – easily understood when you’re capable of writing an album like this. Watery drum and bass, liquid house and melodic electronica harken back to the likes of both Underworld and Orbital, in both size and splendour.

Comrade Hat – Old Gods, Vol. 1
A miasmic fog of psychedelic rock, indie-folk and jazzy blues, Comrade Hat is a do-it-all kind of artist. A multi-instrumentalist with a flair for the surprising, his newest album keeps you on your toes from start to finish. Keep an ear out for Deep Sleep and Cracking The Code.