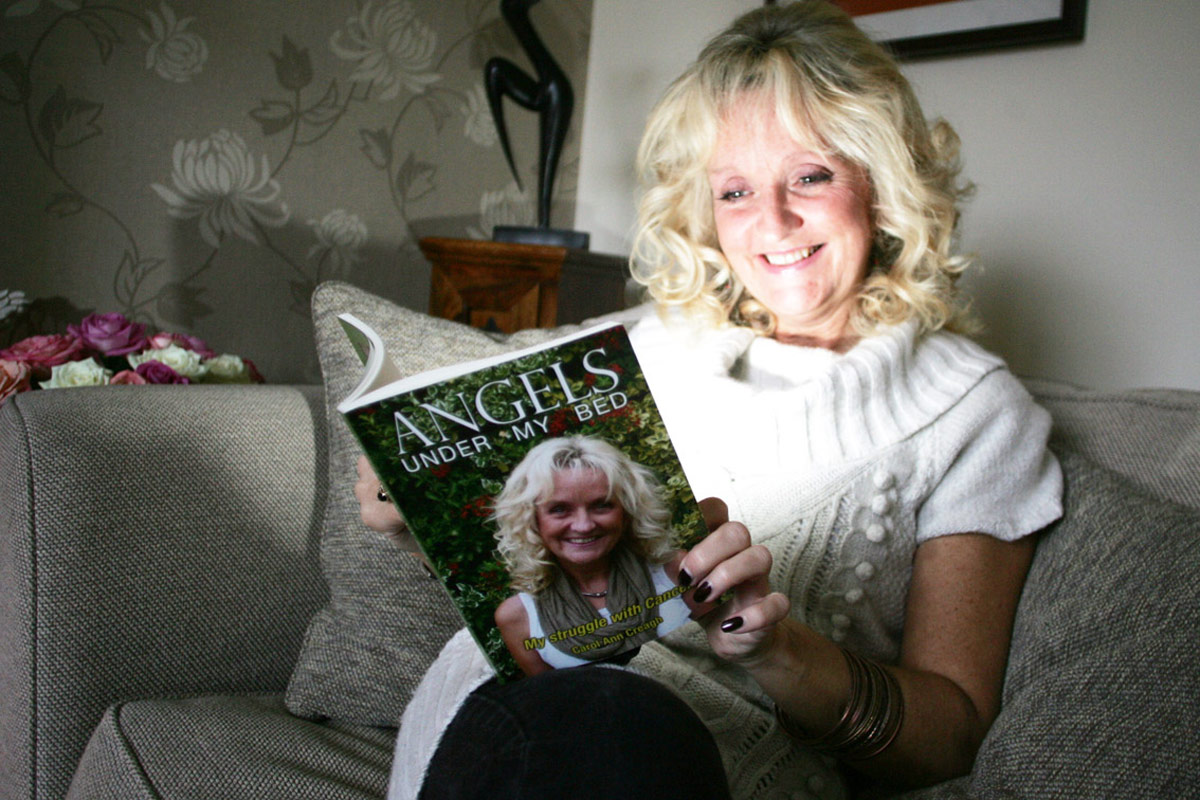 BEING told you have cancer is one of the hardest messages a person has to come to terms with, and for North Belfast nurse Carol Ann Creagh this was certainly the case. Many deal with this traumatic period of their life in different ways, and sadly, for many this period is also the last stretch of their life. However Carol decided to write a journal of her cancer experience, which has recently been published as the emotional memoir ‘Angels Under My Bed’.

The Creaghs are a well- known local family. Originally from the Crumlin Road, Carol’s brother, Catholic priest Father Kieran, made headlines several years ago when he was shot while working at a hospice in South Africa, and left fighting for his life.

Yet while her brother struggled to survive his wounds, from which he eventually recovered, Carol was still fighting her own cancer battle, from which she has only recently been told she has won.

During this tumultuous time Carol also lost her father to the disease.

However with her new book, the mother-of-six hopes to help others facing the same challenge realise that cancer “does not always have to be a death sentence” and that life can continue.

“I had no background in writing whatsoever so I began writing the story for myself really about three years after I received the news I had breast cancer,” she told the North Belfast News.

“My life was like a slow moving train crash at that stage, and for want of a better word, I was in a bad place. I had heard of the benefits of writing about such experiences as a way of coping with the situation but having no writing experience, I was slightly sceptical.”

Carol’s experiences in the wards of the Mater Hospital over the years meant that she knew what awaited her in her battle with the disease.

“I suppose I was prepared for the physical aspects of the illness but the emotional side of things really took me unawares. Yet I had to decide that being told I had cancer was not the end of my life, rather it was the prompt I needed to start actually living it.”

After several years of chemotherapy, which took its toll on Carol physically, it was a trip to a creative writing class – as part of her newfound desire to try new experiences – that began another journey which ended last week with the publication of her book.

“As part of the course I wrote chapters about what I had went through at the worst of my illness, and the reception I got from my peers in the class was amazing,” she continued.

“They told me they were really moved by what they heard, and that I should try and publish it in some form.”

With a newfound sense of purpose, Carol jetted off to a small Greek island to hammer out the emotional memories that became ‘Angels Under My Bed’. Having got in touch with small publisher White Row Press, a deal was done for her tale to be able to inspire others facing a similar crossroads in their life.

“During my recovery period, the seriousness of my condition was always there, and I even lost my father to cancer at this time. This has been a rollercoaster period, and although I have been in recovery a long time, I’ve only just been told I’m free of cancer.

“If my story can inspire even one person suffering this terrible illness, and let them know that there’s still hope, then I know that my journey will have been worthwhile.”