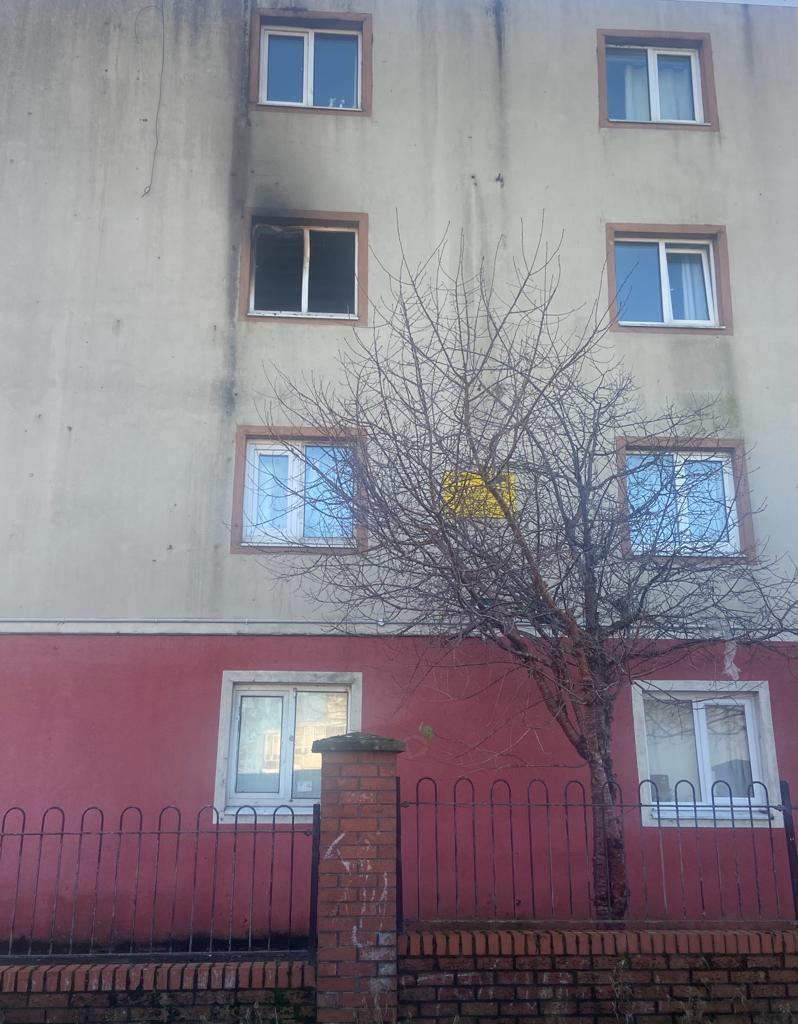 FIRE: The blaze is being treated as arson

POLICE are treating a fire at a block of flats in North Belfast in the early hours of Wednesday morning as "arson with intent to endanger life".

The fire in the Carlisle Parade area was reported just after 4am.

"Thankfully the occupant of the property was not at home at the time; however the other residents of the building had to be evacuated while our Fire Service colleagues extinguished the blaze.

“It is believed that the fire was started deliberately. Extensive damage was caused to the living room and further damage to the kitchen and we are treating this fire as arson with intent to endanger life.

“We are appealing to anyone who witnessed any suspicious activity in the area at the time or who has any other information which could insist with our enquiries to contact us on 101 quoting reference 156 of 23/11/22.”

Alternatively, you can submit a report online using our non-emergency reporting form here.