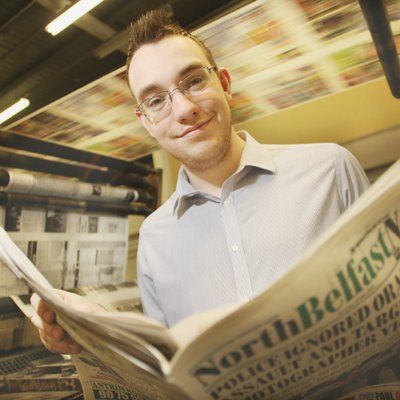 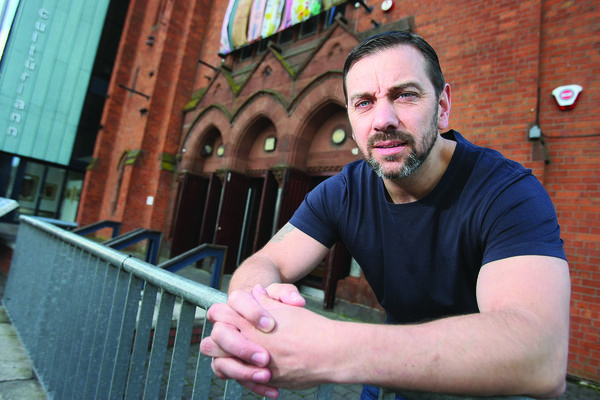 Glenanne gang collusion film to be broadcast on RTÉ this evening

WEST Belfast filmmaker Seán Murray says he is looking forward to a “historic’ screening of his ‘Unquiet Graves’ on RTÉ television this evening. 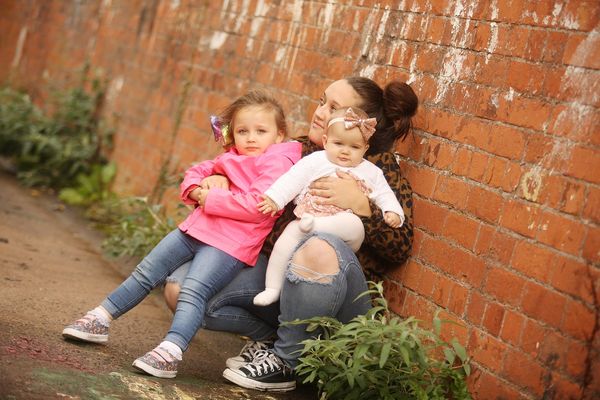 Sofa-surfing mother-of-two pleads for home of her own

A NORTH Belfast mother is pleading for help to find her a suitable permanent home for her two children. Toni-Louise Service (27) has been homeless for over three years with herself and her two daughters, aged three years old and five months old forced to ‘sofa-surf’ between family and friends’ houses. Toni-Louise has Newington as her preferred area of choice of living but has been faced with a long and never-ending wait for a house. “I have been homeless for over three years,” she said. “I have never had any reasonable offers. I have had offers for a flat but I need a house because of the two children. “I have 172 points which I was under the impression was quite a good amount“I don’t know who to turn to. I need help from somewhere. The last I heard from the Housing Executive a good while ago was that I was sixth on the list but there has been no progress since. “I am literally sofa surfing between my mum’s house and friends’ houses.“My daughter is about to start nursery in the next week or so and she doesn’t have a home address.” A Housing Executive spokesperson said: “This applicant has a high level of housing points and has asked to be housed in an area of high housing demand and low housing turnover. We have arranged a consultation with the applicant so we can further discuss her housing options.” 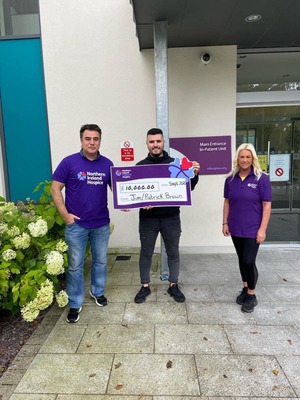 Hospice all shook up by Jim’s generous lockdown gesture

IRELAND’S top Elvis impersonator, who performed live concerts on social media with his son during lockdown, has raised £10,000 for the Northern Ireland Hospice. North Belfast man Jim ‘The King’ Brown and his son, Pádraig, started entertaining people every Saturday night during the Covid-19 lockdown earlier this year. Their concerts, which were streamed live on Facebook, provided people with fantastic entertainment, shout-outs and requests. Jim told the North Belfast News that the NI Hospice was a charity that he’s been particularly keen to support. “The Hospice has always been a charity close to my heart and I wanted to do something for them when I heard they were short on donations,” he said. “It was actually my son who came up with the idea of live-streaming performances at home.“It was a bit of a relief because it is obviously something I enjoy doing. Some people said to me how it was the highlight of their week and how they looked forward to it every Saturday night. “There were some generous pledges from people, with some donating every time I sang a certain song. “I want to thank everyone who donated to help such a wonderful organisation,”NI Hospice said they were “hugely grateful” for the support and added that they wanted to thank Jim and Pádraig for “keeping us all upbeat and entertained at such a difficult and uncertain time for everyone.” 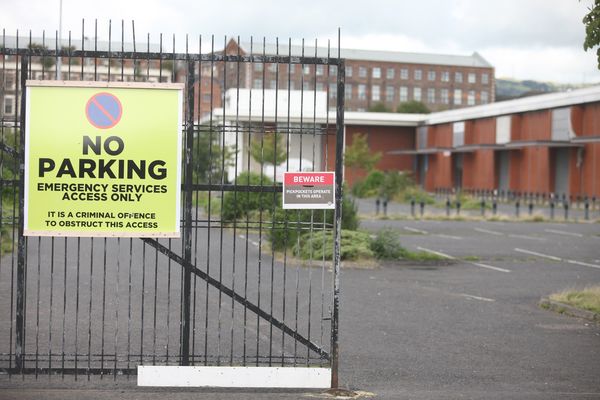 THE developers behind Hillview Retail Park have submitted plans for 18 new homes on the site. The retail park on the Crumlin Road has laid dormant for over a decade with previous anchor tenant, Dunnes Stores leaving in 2007. The site is now owned by Killutagh Estate’s Hillview Belfast Limited, who previously had retail unit plans approved by Belfast City Council. This week, a consultant to the developers revealed that plans have been submitted for 18 homes on the site. Discount retailers Lidl and Home Bargains and a day centre for the elderly have also been announced as the first tenants on the site, which is due to open early next year. Lidl will create 30 jobs with Home Bargains set to recruit 15 staff members. A further 30 roles will be created during the construction phase. Human Rights organisation, Participation and Practice of Rights (PPR) have long called for social housing on the site to ease the housing crisis in North Belfast. Reacting to this week’s news, Seán Brady from the group hopes the homes will be “social, affordable and sustainable”. “These homes can go some way to tackling the housing crisis in North Belfast – if they are social, affordable and sustainable, but much more is necessary to create a development and planning process that meets the needs of the people of Belfast and rises to the housing and climate challenges we all face,” he explained. “The ambitions of private developers and sectarian political agendas can be challenged and changed. “The process around Hillview has been scandalous and inherently anti-democratic and we desperately need a new way forward. Lidl will come and go as it suits them but this land is a part of North Belfast and can be used to meet the community's needs. “That any housing at all is being built here is a testament to the hard work and cooperation between homeless families and campaigners, political parties and community groups against massive odds. “It wasn't long ago that the former MP for the area, Nigel Dodds, was actively opposing any housing development at this site. That was wrong, and the planning process facilitated that agenda. We can do much better in future. “With a new Minister in place and a change in the make-up of Belfast City Council we hope equality and sustainability will be the priority for all future development processes.” 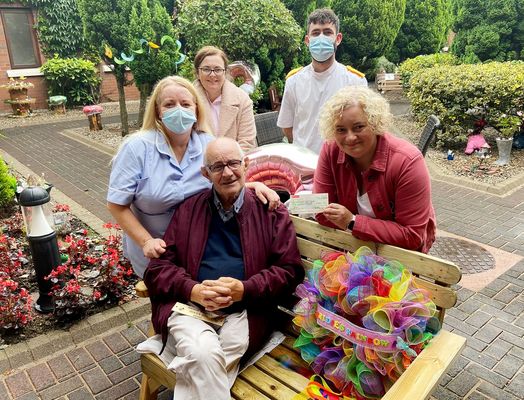 Brooklands Care Home bowled over by kindness of big-hearted Eamon

A YOUNG West Belfast man has raised £500 for Brooklands Care Home in Dunmurry after learning of their excellent care for his mum’s friend’s late mother. Brigid Hamill passed away peacefully at the home in April after suffering with Alzheimer’s.With Brooklands closing its doors to the public in March due to the new Covid-19 restrictions, staff became the vital link for Brigid’s seven children and her loving husband, Hugo. After learning of a shortage of Personal Protective Equipment (PPE) in care homes, Beechmount lad Eamon Hamilton decided to do some fundraising for himself.Brigid’s daughter, Aideen explained: “Eamon is my best friend’s son. It was around the time when there was a shortage of PPE in care homes. 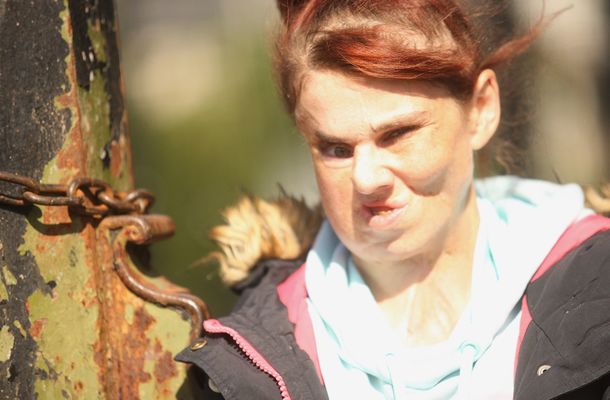 VIDEO: US surgery could be a life-changer for Oldpark woman Janine

A WORLD-RENOWNED plastic surgeon has reached out to a North Belfast woman in a bid to change her life for good. 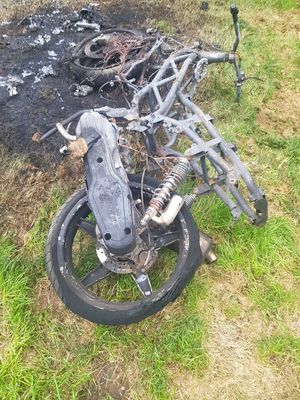 A NORTH Belfast mother has been left "gutted" after her son’s motorbike was stolen and burnt out. 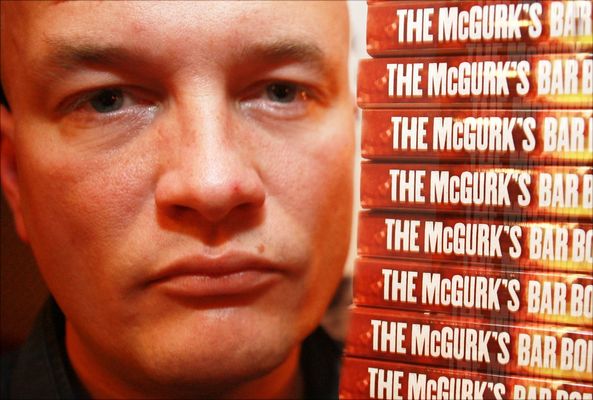 ‘British army was looking on as McGurk’s bombers drove away’

THE grandson of one of the victims of the loyalist McGurk’s Bar atrocity has uncovered new evidence showing that the British state colluded in a cover-up over the attack.Fifteen people died in the bomb blast at the North Queen Street bar in December 1971. Ciarán MacAirt, a grandson of Kathleen Irvine, who was one of the 15 innocent victims of the bombing, has led his own investigation as well as a campaign on behalf of the families. He has now discovered an imprint in a British army log sheet written in the aftermath of the 1971 bombing, revealing that a car was seen driving away from the scene. The British army has continuously denied this despite testimony from witnesses claiming to have seen a man enter the North Belfast bar and plant the bomb before driving off.The British Ministry of Defence claimed they had “lost” crucial files recording the minutes in the immediate aftermath of the explosion. However, Ciarán has discovered a file with new evidence proving that the British army recorded the suspected bomb car escaping the scene of the attack. Above Serial 40, Log Sheet 4, 4th December 1971, a “ghost” copy of Serial 52 of missing Log Sheet 5 recorded in the minutes after the atrocity discernible, which reads: “Black car with headlights on went into city centre with 3…” The families now believe that this report to 2 RRF Tactical Headquarters in Glenravel by Call Sign 19, which was logging reports of the bombing and the subsequent rescue efforts from the scene, corroborates witness testimony of a dark coloured car with three attackers in it escaping down Great George Street and turning right in the direction of city centre. Ciarán is now calling for an independent investigation on behalf of the families still seeking truth and justice. “Contrary to what we have been told by every previous historical investigation team, the British army was indeed in the area at the time of the explosion and reported the explosion immediately,” said Ciarán. 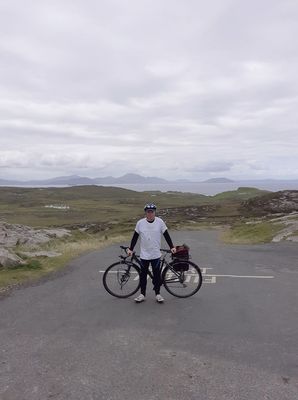 A Beechmount man has cycled 2,100 miles around the coast of Ireland to raise money for suicide awareness. Joe Mooney (47) set off six weeks ago on July 15 and finally completed his epic cycle last weekend. He is now enjoying a well-earned rest. All money raised will go to the Suicide Awareness and Support Group, based on the Falls Road. Joe explained the idea behind his cycle was all about creating awareness around mental health. “I was a keen cyclist about 20 years ago but had to stop after getting a knee injury. I resumed cycling just leisurely,” he said. “I have always wanted to cycle around Ireland and I thought I might as well do it for a worthy cause. “Suicide awareness is an issue close to so many people, including myself, my family and friends. 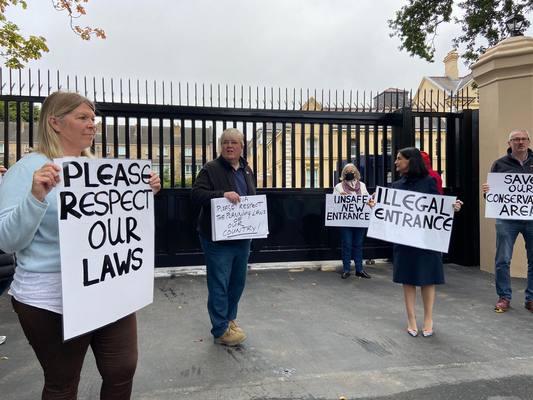 Malone residents have staged a protest outside the Chinese Consulate in South Belfast to vent their anger after a security wall and “unsafe” entrance gate was built without planning permission. 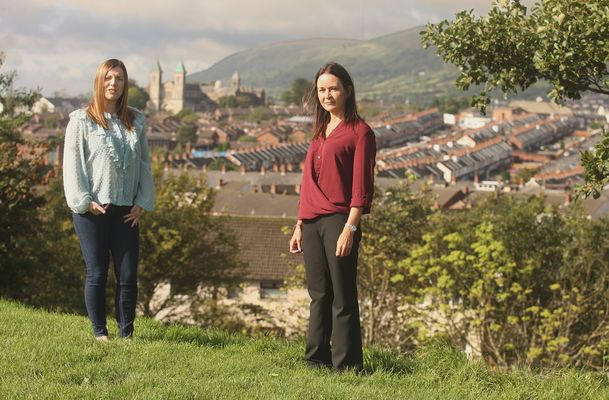 AFTER a break last month, Belfast City Council was back for September’s business –  virtually of course in the current times. 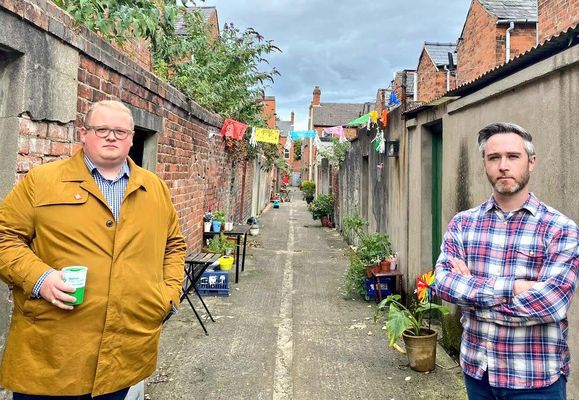 SOUTH Belfast SDLP Councillors Gary McKeown and Séamas de Faoite have proposed a plan to include a new alleygating scheme as part of the city’s recovery. 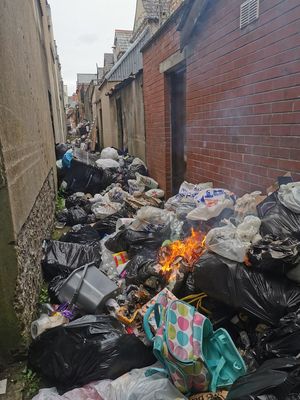 Holyland dumping now ‘out of control’ 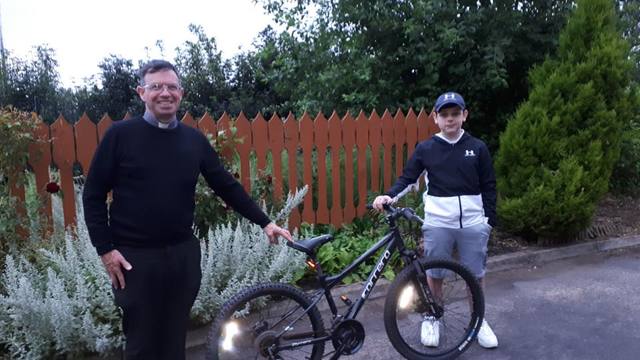 A FALLS Road priest who had his bike stolen is encouraging people to donate unwanted bikes that they have to refugees and immigrants. 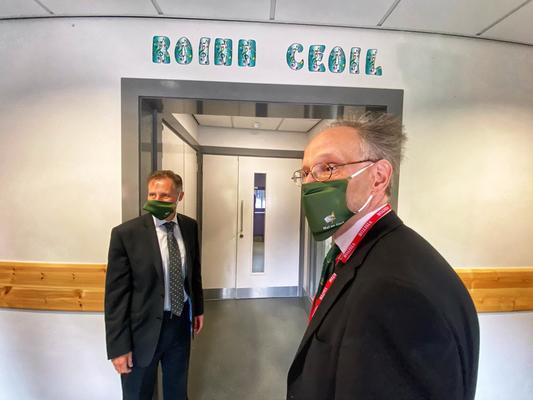 Education Minister Peter Weir has visited a second West Belfast post primary in a matter of days. The DUP man today met staff and pupils during a visit to Irish medium college Coláiste Feirste on the Falls Road.