Carryduff aiming to shoot down Magpies 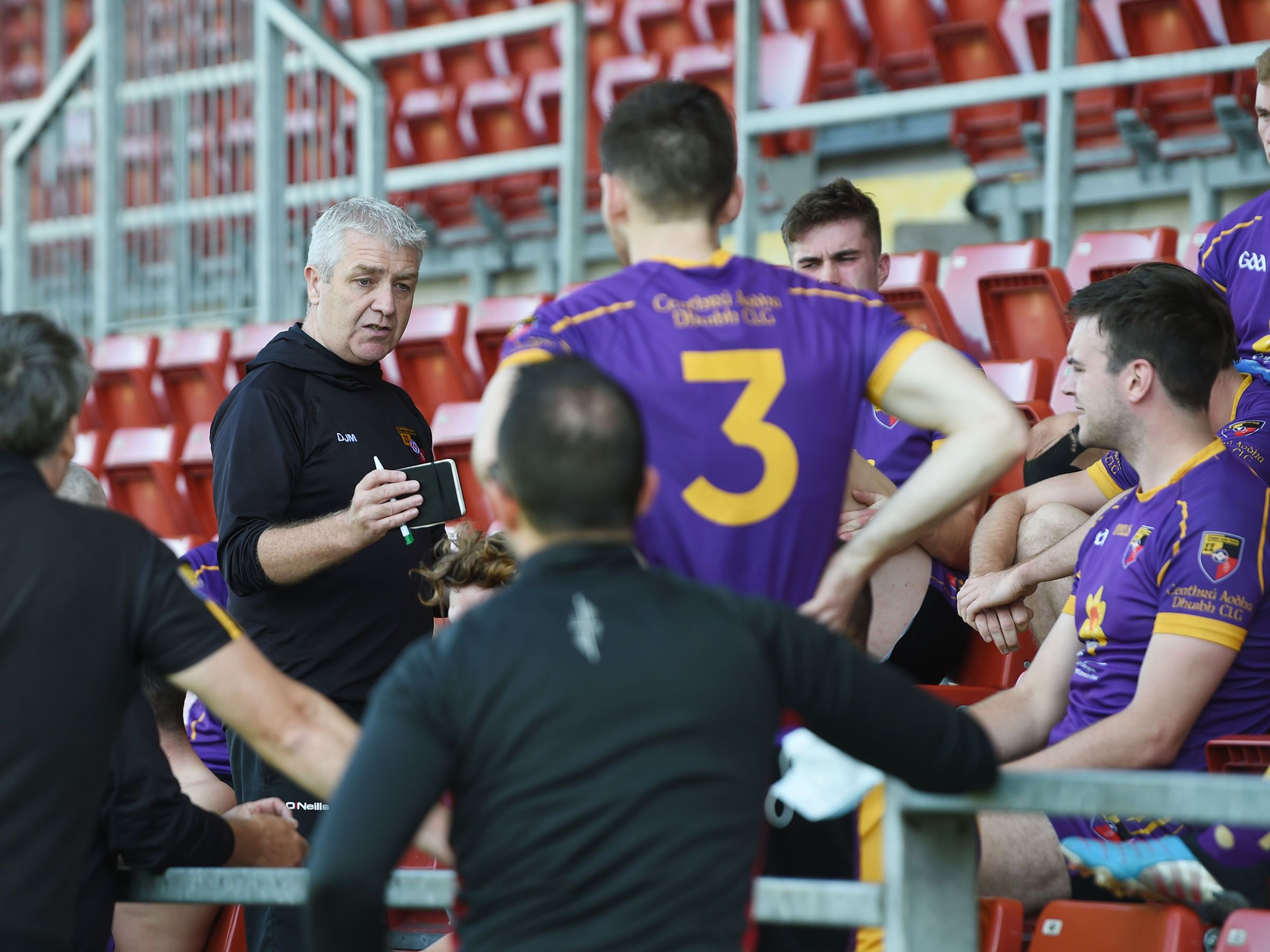 IT would rank as one of the biggest upsets in Ulster club football, but Carryduff bid to break Kilcoo’s dominance of the Down Senior Football Championship when the sides meet in Sunday’s decider at Newry’s Páirc Esler.

In only their third season playing at the senior grade, Carryduff have defied the odds to make it to their first county final and they’ll go toe-to-toe with the defending champions who, by stark contrast, will be appearing in their eighth successive final.

Sunday’s decider does have a ‘David versus Goliath’ feel about it and that suits Carryduff manager DJ Morgan just fine.

“Why wouldn’t be written off? We are playing a team who are playing in their tenth final in 12 years,” said Morgan.

“This will be a normal day for them, it is almost routine for Kilcoo. They are a well-oiled machine and everyone will know their job.

“They go about things with the minimum of fuss, but they’ve wee flashes of pace throughout the team. That’s what every team aspires to and everyone wants to be in the county final, year in, year out.

“We haven’t that much experience of playing Division One. In a normal season, we would have played maybe 10 or 11 Division One games before playing in the Senior Championship.

“I’ll be telling our boys to enjoy this week and enjoy the occasion. County finals don’t come around that often. There will be nerves, but hopefully they can go out, enjoy the experience and deliver a performance – that’s all I can ask of them.”

If ever there was the proverbial ‘game of two halves’ then last Sunday’s semi-final between Carryduff and Ballyholland was just that.

Leading by eight points at half-time, Carryduff looked to be all but home and dry – yet Ballyholland were a totally different team in the second half.

A rousing comeback, aided by a goal from former Down star Ronan Murtagh, saw the Harps force extra-time, although their comeback ultimately fell short.

That game saw Carryduff display the kind of slick attacking play and excellent defending that marks them out as a real threat to Kilcoo’s crown.

Yet, it also exposed their lack of experience as a shade of naivety saw Ballyholland hit them for 1-4 without reply at the start of the second half. A more seasoned team, like Kilcoo, would have slowed the game down, by any means necessary, to disrupt the opposition’s momentum.

These are lessons Carryduff must learn and learn fast if they are to have any aspirations of succeeding Kilcoo as county champions according to their manager.

“There were mistakes from both teams, but that’s just Championship football and that’s the intensity and pressure that both teams were applying,” said Morgan.

“Our message to the players was to get their hands on the ball, work it into scoring positions and try and take those chances, but we missed a few chances early in the second half.

“We went four in front again after Owen McCabe’s goal and Ballyholland came back at us again. Mark Hynes made a couple of great saves as well and it was end-to-end stuff.

“Ballyholland hit a couple of really inspirational scores from Tiernan Rushe and Seamus Loughran and that put us under the cosh. When that happens, you are looking for something to happen – to win a breaking ball and settle a bit.

“I think it is something the boys to need to develop – game sense as people talk about.

“That will come and all these experiences will stand to them. There is still an innocence to our lads in that they just want to play football. When I watched the game back, in the second period of extra-time with about three minutes to go, we took a quick free.

“A more experienced team wouldn’t have done that, someone would have sat it down, then someone else would have taken the free just to manage the game slightly better, but that will come through time.”

Hours after Carryduff had booked their place in the decider, Kilcoo demonstrated their desire to retain their title with an impressive 1-18 to 2-6 win over Warrenpoint in what was a repeat of last year’s final.

With the Brannagans in defence, the Johnstons in attack and former Down star Conor Laverty doing his best Brian Dooher impression around the middle third, Kilcoo are a formidable outfit. They aren’t lacking for star quality along the sideline either.

Mickey Moran actually managed Slaughtneil to an Ulster final victory over a Kilcoo team he now manages back in 2016 and he has Conleith Gilligan and Paul Devlin in his backroom team for this season.

They’ll be pouring over footage of Carryduff’s semi-final victory this week and, despite being 1/5 favourites with the bookmakers, Kilcoo will take nothing for granted and leave nothing to chance.

Morgan, meanwhile, is hoping Joe Tunney’s ankle injury won’t be serious enough to rule him out of Sunday’s decider especially as the teenager has scored goals in their last two Championship outings.

James Guinness also had to come off in the closing minutes of normal time with a hamstring strain but should be fit to play against Kilcoo.

Carryduff can ill afford to be understrength for the biggest game in the club’s history.
Morgan’s side only moved into the senior grade in 2018 by virtue of finishing in the top four in Division Two in 2017.

It would be a remarkable story if they were to overthrow Kilcoo in Sunday’s county final.
Yet, sport doesn’t always provide a fairytale ending and his youthful Carryduff side may have to lose a final before they get their hands on the Frank O’Hare Cup.