Carryduff laying foundations for the future 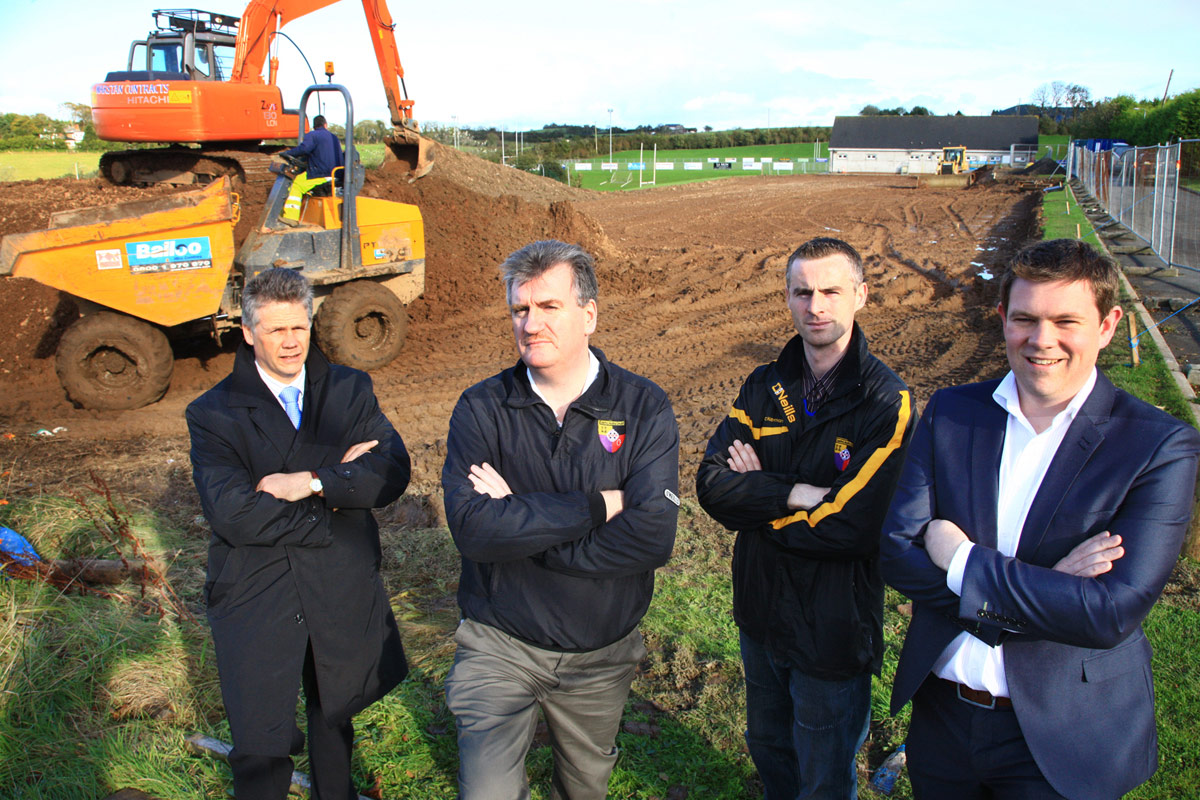 MEMBERS of Carryduff GAC have been digging deep recently in order to fund the first phase of development at the club’s playing facility.

Work has already begun on a new training pitch that can be used while the club builds two new pitches to bring their number of playing fields up to three.

This has become necessary due to the explosion in both members and teams with a 100 per cent increase since the club opened their first pitch in 2003.

As well as playing fields, the club hopes to build a reception area and redevelop their changing facilities that will accommodate all of their members.

Club Chairman Paddy Love explained that the funding for this has come directly from members who have paid a voluntary contribution to ‘Club Carryduff’, a group set-up to ensure that money was available to start the work.

“We have planning permission for two new pitches and the redevelopment of the changing rooms,” he said.

“At the minute we are at a preliminary phase where we are creating a temporary training pitch so when the new pitches are being built it can be used.

“We are also going to be creating an area at the back of the pitches where we can hold social events and can erect a marquee.

“We are hoping we can do that this winter but it may be 12 – 18 months before it can be played on.

“The money for this has come directly from the members of the Club Carryduff fund.

“This is a voluntary monthly contribution from 160 members towards the development.

“Members gave £20 per month towards the fund with the monies ring-fenced for the development only and that has allowed us to take this first step.”

The committee at the North Down club have explored other options to secure funds but as they fall just outside of the Belfast area they must lobby Castlereagh Council for funds – something that will prove problematic in a tough economic climate.

The Carryduff Chairman has appealed for non Carryduff GAC members to support their fundraising drive and donate to Club Carryduff in order to have the work completed as quickly as possible.

“Our long term strategy is to have three full-sized pitches and training areas surrounding them,” he added.

“We have 28 teams and one pitch so that has put great pressure on the pitch. We have grown at a phenomenal rate since we opened our pitch in 2003.

“We now have hurling and ladies football teams so our numbers have more than doubled. Presently we have 1,111 members and are considered to be the biggest club in Down alongside Bredagh for members.

“The pitch we have suffers badly and we are at the stage now were we are constantly looking for areas to train and play matches on which adds to our costs and it’s very difficult to sustain a club in that situation.”

Anyone who would like to help contribute are asked to contact Rowan Lyons, Chairperson of Club Carryduff, on: rowanlyons@gmail.com