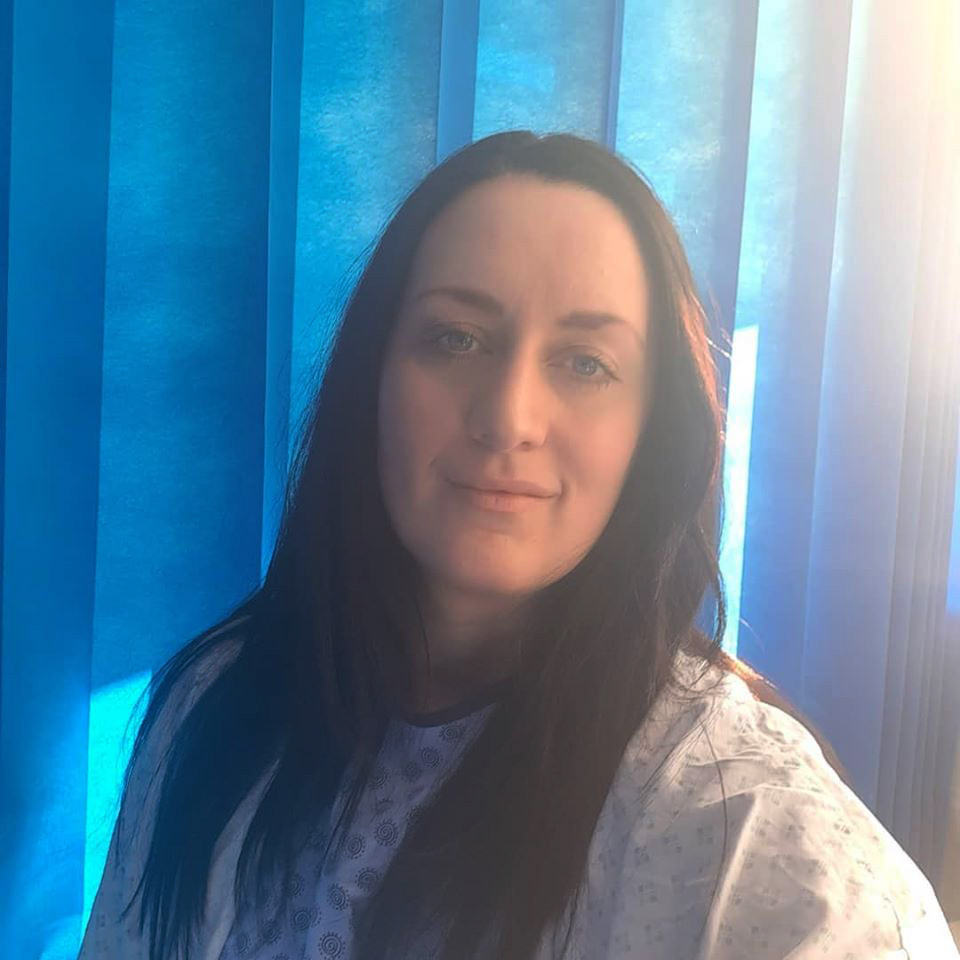 A BIG-HEARTED North Belfast mum-of-two is doing her bit for Cervical Cancer Awareness Week by warning women of the dangers of missing a smear test.

Life had all but returned to normal for Vikkie Taggart (38) after a battle with cervical cancer ten years ago. But a missed smear test last year saw Vikkie plunged into a second and more serious fight for her life.

“Cervical cancer is a silent killer,” she tells us. “The only way you can be safe is to get regular smear tests.”

Luckily, she had an operation to remove one third of her cervix just days before lockdown restrictions due to Covid-19.On Cervical Cancer Awareness Week (June 15-21), Vikkie hopes that by sharing her personal story she can raise much-needed awareness.

“It started for me ten years ago just after birth of my son,” she explained.

“I had an abnormal smear and it was the first time I ever had any issues. I was devastated.

“Thankfully, I had an operation pretty quickly to remove the pre-cancerous cells.

“I was checked regularly after that. I then had my daughter. With work and stuff, I missed one smear. I had one last March and it came back abnormal. I was devastated that I had missed one and that it had came back so soon.

“It was monitored with biopsies. I think I had about 12 in total. My cervical cancer had progressed and I was waiting on a letter. I ended up going private because I felt I could not wait. Luckily, I managed to get a surgical slot before lockdown came. I had my operation on March 20. I had to have a third of my cervix removed. I can’t have any more children and there is a chance it can come back again.”

Vikkie is recovering at home but is urging other women to get checked regularly.

“Cervical cancer is a silent killer. The only way you can be safe is to get regular smear tests. When you receive that letter saying you are due one, book it straight away.

“The onus is on us women to get a smear test on a regular basis, which is recommended every three years.

“I am only 38 years old and have had cervical cancer twice. I want people to see me as an example of how serious it can be. I am proof that my cervical cancer stage changed so dramatically in just over a year.

“The vital thing is with cervical cancer is that it needs to be detected early. I am choosing to share my private story not for sympathy but for awareness.

“This can happen to you, your mother, your sister, your daughter, your partner. I get checked regularly and yet it can still come back with vengeance. Please be smart, be aware and encourage smear testing and most importantly don't put off getting your smear tests. This is not a taboo subject.”