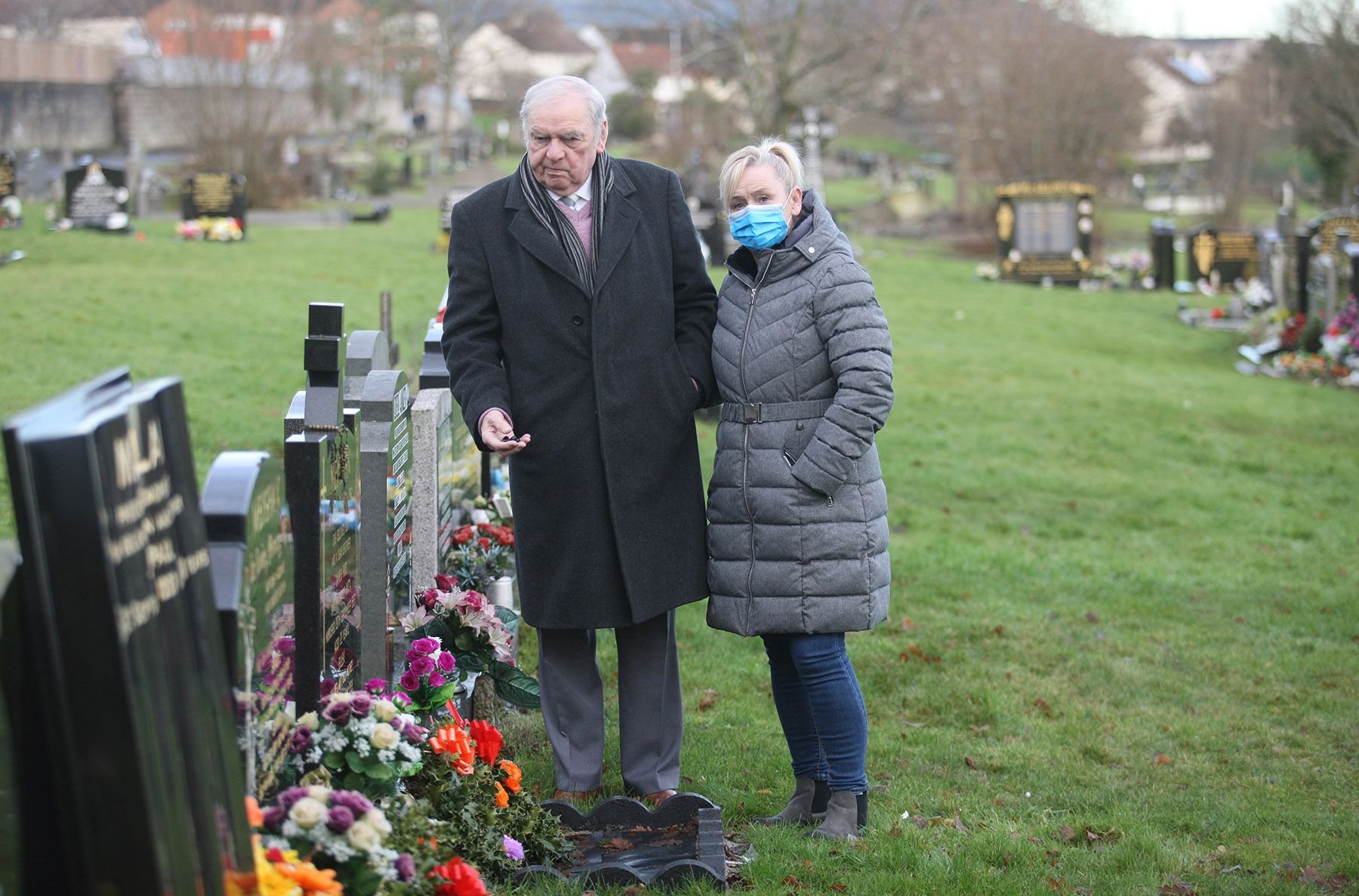 A WOMAN has described her father’s Christmas morning heartbreak as he discovered thieves had stolen decorative stones laid on the grave of his late wife and his murdered son.

Michelle Meighan had imported the ornamental stones for the City Cemetery grave of her mother, Ellen Meighan, and her brother, Jim Meighan, who was murdered by UDA in 1987. Her mother was buried in the grave in 1992.

The family had finally refurbished the grave in September, only for it to be targeted by heartless thieves within the space of a few short months.

Speaking to the Andersonstown News, Michelle told of her 81-year-old father Jim’s devastation as he visited the grave over Christmas.

“My husband had put a surround on the grave and I got the nice stones on in September and the last time I saw them on the grave was October,” she said.

“On Christmas morning I brought my daddy up to the graveyard because he hadn’t seen the grave since we got it done up  – only a photo. The devastation on his face was unbelievable.

“They’re wee black shiny marble stones. I’ve never seen them anywhere else, they’re very distinct, so you would know them if you seen them.

“My daddy was gutted. I saw his face on Christmas morning, and he said ‘Whoever took them I hope they have a very nice Christmas.’”

She added: “It was heartbreaking.”

The family, who are from the New Lodge area, have appealed for any information that will lead to the recovery of the stones.

“I think somebody has just liked the stones and took them – they’re probably in somebody’s garden,” Michelle said.